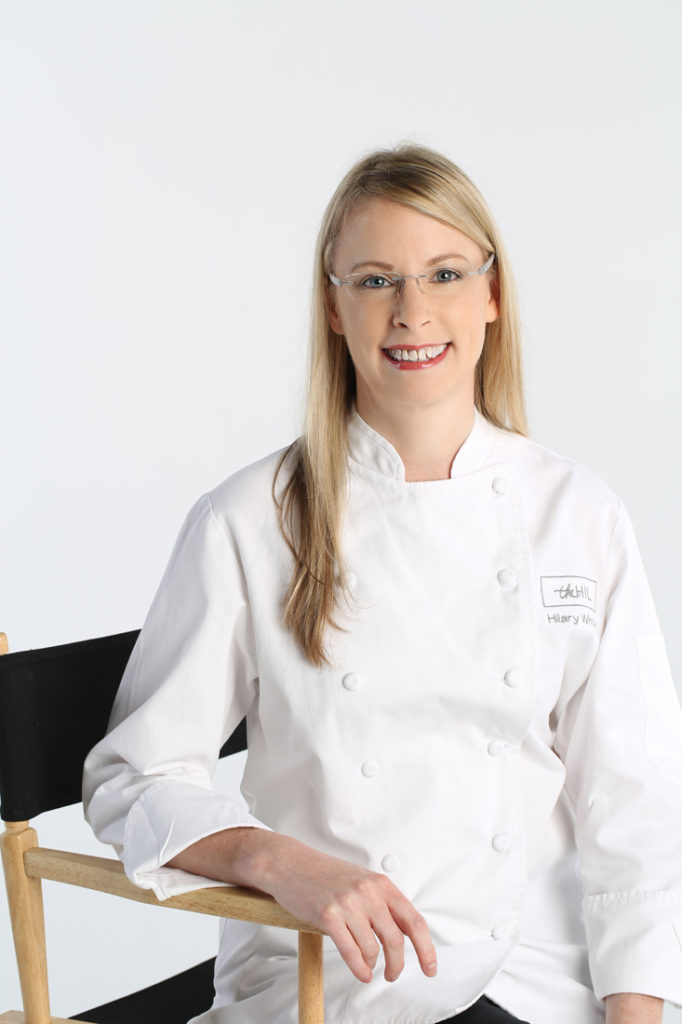 Bistro Hilary chef-owner Hilary White uses one phrase repeatedly when talking about opening a French eatery in downtown Senoia at the end of 2017: “We’re starting over.”

Some chefs are constantly on the move, whether changing kitchens, launching concepts or expanding proven brands, but not White. Fresh out of the Culinary Institute of America in 1995, she was hired at 103 West and worked her way up to become Buckhead Life’s first female executive chef (earning her a spot on Simply Buckhead’s November/ December 2013 cover with company founder Pano Karatassos and 12 of his other protégés). She then spent a decade nurturing her farm-to-table reputation running the kitchen at The Hil at Serenbe while husband Jim served as the general manager.

When the Whites’ plan to operate Bistro Hilary as a companion to The Hil became a clean break with both the restaurant and Serenbe ownership, they brought most of the staff the chef refers to as “my kids” 26 miles south. The group includes Hilary’s mother, Sandy Pitsch, who leads the front-of-house team and prays for everyone at church before working brunch each Sunday.

Half the staff moved a block away from Bistro Hilary when the Whites opened Italian eatery Jimmy Pomodoro’s in March 2019. Jim runs the restaurant, and Morgan Poorman, the bistro’s former sous chef, leads the kitchen with recipes Hilary developed.

Jimmy Pomodoro’s fills the niche for a local, red-sauce joint, White says, while her bistro stands out for fine dining. In an era of celebrity chefs, food vlogs and upscale groceries, “Everyone’s a foodie,” she says. “Why leave the small towns out of that?”

Still, Bistro Hilary requires some customer education. White says she has twice systematically replaced French words with English ones on the menu. “Bistro food is comfort food. We try to have a range of foods at different price points,” she says. Noting a diner’s comment that beef Bourguignon is just beef stew, she adds, “Until you’ve tasted beef stew that’s made by someone that lives and breathes making stocks and sauces—my mother was an excellent cook, but her beef stew was nothing like my beef Bourguignon.”

Aside from the stew, if you make the hour-plus drive from the Buckhead area, White recommends her favorite dish on the menu, scallop casserole Coquilles St. Jacques, or a steak from the wood-fired grill. Brunch on a sunny Sunday offers the chance to enjoy the large brick patio out front, one of the features White likes best about her standalone location.

Her deep farm relationships come through in seasonal specials. The key ingredients might be the oyster mushrooms from a tree that fell on a farmer’s house, the 100 pounds of strawberries she picked one morning after a farm owner tipped her off that the time was perfect or the peaches gathered during a three-day safari through Alabama, Tennessee and North Carolina to supplement Georgia’s bounty. “Fruit that hasn’t been refrigerated is something magical,” White says.

After steady but not rapid business growth, she’s ready for The Walking Dead, shot in Senoia, to wrap up and clear the way for the construction of 30 to 40 homes within walking distance of the bistro. “We’re definitely on the early side of it,” White says of Senoia’s growth. “We know the people are coming. We just have to get to that point.”

I come to work every day, and I’m so fortunate to have my own business. We’re fortunate that we’ve surrounded ourselves with good people, that we’re in a good community doing what we love and that we’ve met so many wonderful people over the years.

Hopefully we’ll have grown into our space here, and we’re super successful.