FOOTBALL STAR TAKEO SPIKES IS THRIVING WITHOUT A FACE MASK 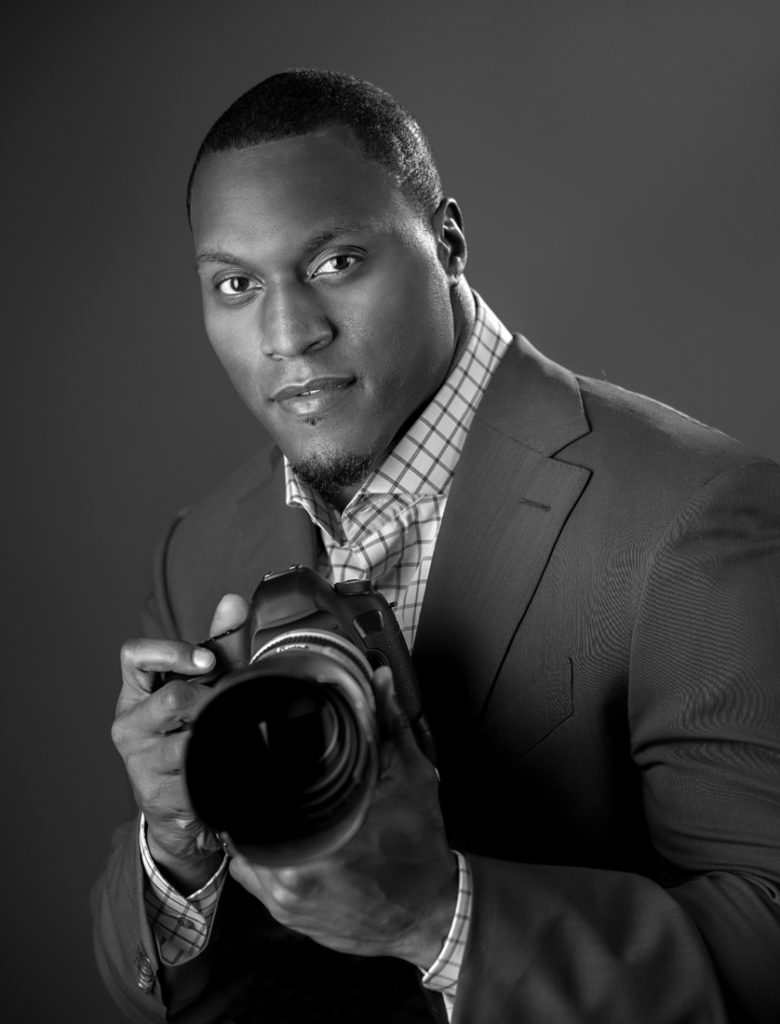 When Takeo Spikes saw his essay displayed in a University of Miami MBA class about five years ago, he feared he was an example of what not to do. Instead, the creative writing instructor praised the persuasive paper, then encouraged the retired NFL linebacker to do his own writing for a planned coffee-table book.

The Georgia native earned his master’s in 2016 and released that book, Takeo Spikes Presents: Behind the Mask, in 2017. The first of a series, the book features Spikes’ interviews and photos of a dozen legendary linebackers.

Featured on the “Off the Field” cover of the September/October 2011 issue of Simply Buckhead when he lived in Buckhead, Spikes retired from football in 2013 after 15 seasons. He worked with the NFL Network, NBC Sports and SiriusXM, and he provided commentary on weekly ACC football games. But the Behind the Mask brand defines who the 43-year-old Roswell resident is today.

“Even though what I do is a passion project, now Behind the Mask is a business,” says Spikes, whose careful handling of his football money gives him career freedom.

His media company includes Takeo Photography, which grew from a hobby to commercial shoots, and he plans to add documentaries. He and co-host Tutan Reyes, who played 10 years in the NFL as an offensive lineman and pursued his MBA with Spikes, launched the Behind the Mask Podcast at the start of the 2019 football season. In Season 2 it has expanded from football players as guests to Olympic bobsledder Aja Evans and Married to Medicine star Quad Webb. Spikes is working on the second Behind the Mask book, highlighting running backs.

Off the field, he spends time with daughter Jakai, a Roswell High senior headed for his alma mater, Auburn, next year. He also serves as the Georgia point man for the Players Coalition, the nonprofit organization created by current and former NFL players in 2017 to work toward equality and social justice. And he consults with teams and players to help them prepare for life after football by always emphasizing two F’s: focus and follow-through.

“I never knew how much stress I was under until I retired. I was oblivious to it because I thought that’s how life was,” Spikes says. “When I retired, I walked away, and it was one of the first times I can remember exhaling.”

A member of the Alabama and Georgia Sports Halls of Fame, Spikes has twice been on the ballot for the Pro Football Hall of Fame. He says induction would validate a career that included two Pro Bowls, one First Team All-Pro recognition, 13 years as a team captain and an unprecedented mid-career comeback from a torn Achilles tendon. His biggest obstacle could be the lack of team success: The Bengals, Bills, Eagles, 49ers and Chargers never made the playoffs while he was with them, and only Buffalo in 2004 had a winning record.

When I retired and moved here, I was proud of the fact that I was able to see her [daughter Jakai] grow from seventh grade all the way up now to getting out of Roswell High School.