From playing violin to teaching children to composing with whales, Juan R. Ramírez Hernández hits all the right notes 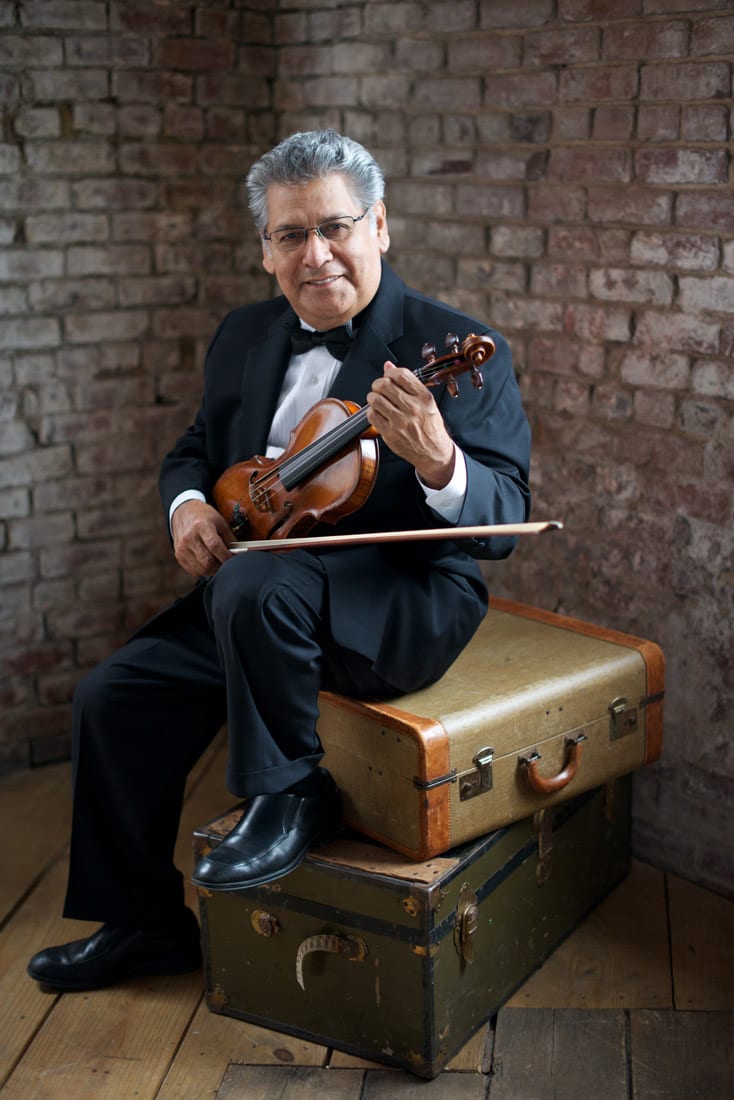 Juan R. Ramírez Hernández performs, conducts and composes. What does he love most? Teaching kids. “The children are like vessels, and you put into those vessels what they need,” says Ramírez. “It’s always interesting to see what they can do with the information.”

On top of more than four decades playing with the Atlanta Symphony Orchestra (ASO), the 73-year-old violinist is founder, artistic director and conductor of The Buckhead Youth Orchestra. He also is founding artistic director of Casa de la Cultura-Atlanta, which educates Latino children through the arts, and is the architect of Music for Success!, a program in which professional string musicians train elementary and middle school children of diverse backgrounds. In 2018, the League of American Orchestras recognized Ramírez with a Ford Musician Award for Excellence in Community Service.

Ramírez was once a vessel himself, of course, and studied under a long list of distinguished musicians, including Leonard Bernstein. His most influential teacher was someone you’ve never heard of: his engineer father, Margarito, who was also musical and made sure the family home in Mexico was filled with violins, mandolins, guitars, trumpets and pianos. Ramírez is the ninth of 10 children. “We were like our own symphony,” he laughs. “I learned from my father that talent is important, but so is environment. My father created an environment for that talent.” That is what Ramírez is trying to do through his mentorship of children from lower-income communities. “Music can open the door to a lot of opportunities, but you have to have a way to access those opportunities,” he says.

Like his father, Ramírez has a natural affinity for the violin and guitar. This year marks his 46th as a violinist with the ASO (his wife, Carol, also plays violin with the orchestra). In 1973, Ramírez auditioned with Robert Shaw, the ASO’s late music director and conductor. Having recently graduated from the New England Conservatory in Boston, Ramírez had a hard time adjusting to Atlanta’s then sleepy cultural scene. “I remember thinking, ‘I am going to die here if I don’t do something other than the symphony,’” says Ramírez.

He has been plenty busy ever since. He founded the Atlanta Virtuosi Foundation, Inc., a nonprofit he uses to establish his creative endeavors, including The Buckhead Youth Orchestra. His compositions are played in Atlanta and around the world. One of his favorites is a requiem that incorporates singing humpback whales that was commissioned by a Panama nonprofit promoting animal conservation. “Their singing is just so beautiful,” says Ramírez. In May, Ramírez retired after 19 seasons as artistic director and conductor of the Atlanta Community Symphony Orchestra, which puts on free concerts around the state. He isn’t slowing down, though. In fact, he’s exploring starting a program for children that combines chess and music. “I want to get more active in my foundation,” he says, “to gear my efforts more toward education.”

When Ramírez isn’t making music, he’s growing organic vegetables and turning them into gourmet dishes. He’s looking into commercially marketing his line of salsas. His culinary creations command top dollar at auctions around Atlanta for the causes he loves. In fact, he recently prepared a dinner for six that raised $3,500 for the ASO. “Cooking is like composing,” says Ramírez. “You have to put all of the ingredients together.”

“DOING LIFE” OVER THE AIRWAVES

"DOING LIFE" OVER THE AIRWAVES