THE ROMANCE OF THE RAILS 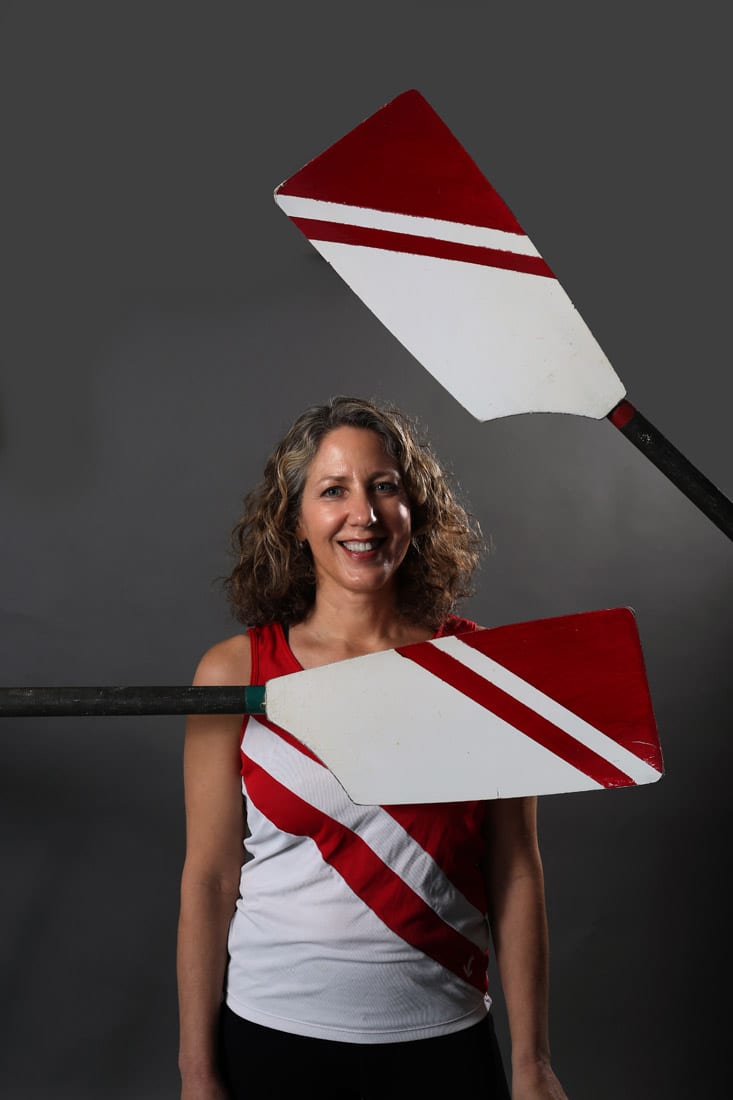 Johanna Asher used to pass the Atlanta Rowing Club when she drove her youngest child to school and would catch glimpses of the crew teams and their oars harmoniously propelling boats up and down the Chattahoochee. It was almost as if the glimmering river and its blue herons and beavers were beckoning her to forgo the congestion and concrete jungle a block away on Roswell Road.

These days, it’s likely Asher is in one of those boats. After signing up for a learn-to-row class through the club in 2011, the Sandy Springs resident became hooked. She now rows three times a week, if not more.

She doesn’t row just for a break from the demands of the communications coaching firm that she runs with her husband, Joey. Or the friendships she has made. Or how, at age 55, she is the fittest that she’s ever been in her life. She also rows to win.

Asher belongs to a group of 17 women who range in age from 24 to 71. They have a coach and take turns competing in eights, quads, singles and doubles in regattas around the country and the world. Last September, Asher’s teams finished second and third at the 2018 World Rowing Masters Regatta in Sarasota, Florida. “We started rowing for fun,” says Asher. “The more you do it with the same people, the better you get. And the better you get, the more fun you have.”

The Atlanta Rowing Club, which supplies the boats and coaches, is the only rowing group in the metro Atlanta area for rowers beyond college age. Although many members have rowed before, others like Asher didn’t know their port from their starboard when they started.

As with any sport, the only way to get better is to practice, says Asher. And to make all the mistakes that novices make, such as putting the oars on backward, capsizing the boat and running aground on a sandbar. “My husband says my rowing group should have our own reality TV show called Leave It On the Water,” jokes Asher.

Asher not only has surprised her husband and her now-grown children with her rowing, she’s surprised herself. “I used to go to exercise class for some semblance of fitness, but I never saw myself as an athlete,” she says. “Having progressed in this sport has made me feel like an athlete.” Rowing also has taken her to some pretty breathtaking places, such as Craftsbury, Vermont; Lake Bled in Slovenia; or a spot right off of Roswell Road. “It’s just so lovely and peaceful on the water,” says Asher, seated on the rowing club’s deck overlooking the river on a Saturday morning as a boat of eight rowers cruises by. “You just feel like you’re in a different place.”