An easy-going entrepreneur hires a hard nosed Navy SEAL to whip him into shape. 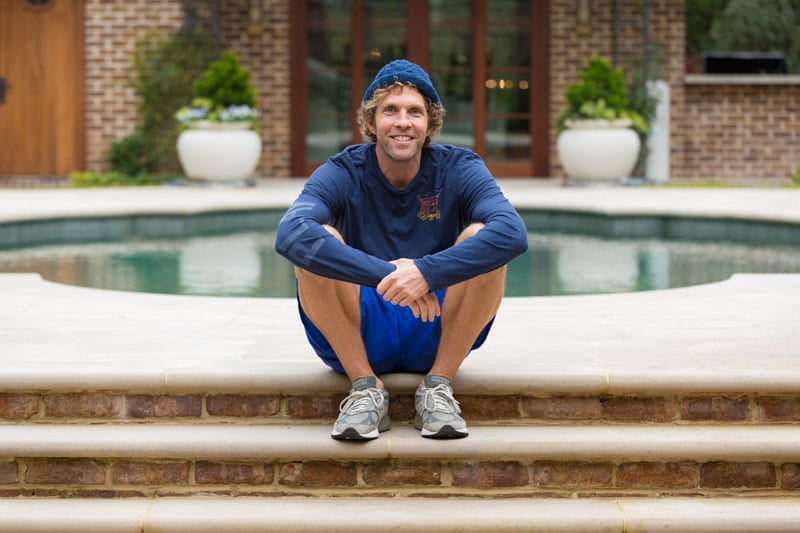 “If it doesn’t suck, we don’t do it.” That’s the mantra Jesse Itzler had to live by for 31 days when he hired a Navy SEAL to train him back in 2010. Now, Itzler is sharing the details of his crazy month-long experiment in his just-released book, Living With a SEAL: 31 Days With the Toughest Man on the Planet.

Itzler, a successful Buckhead entrepreneur who heads a brand incubator called the 100 Mile Group and is married to Spanx founder Sara Blakely, had always been fit, having previously run in ultra marathons and other endurance competitions. But he wanted to take it to the next level and transform himself both physically and psychologically.

“That warrior mindset was what I was after,” the 47-year-old Itzler says of his decision to hire a bulking, take-no-prisoners Navy SEAL to move in with his family in their Manhattan apartment and take over his life for a month. “I hired him to break up my routine and shock my system. My life was drifting towards cruise control, and I wanted to get off of it.” Itzler’s adventures with “SEAL,” as he’s referred to throughout the book (“He asked that I not disclose his name. And he didn’t say please,” Itzler writes), are both punishing and outlandish. Itzler was made to sleep in a wooden chair, jog wearing a 50-pound vest and do sit-ups in the middle of a business meeting. In the mountains of Connecticut, the pair ran four miles, every four hours, for 48 hours in blizzard conditions, and later jumped into a frozen lake and then sprinted up an 80-yard hill covered in snow—the one episode Itzler’s wife Sara was not cool with.

As Itzler chronicles the grueling journey, he relates his mounting aches and pains. But of SEAL, whom he describes as part Rambo, part G.I. Joe, and part Gladiator, he marvels: “He was indestructible. He was never tired, never stiff and never sore. The man broke virtually all of the small bones in both of his feet during a race while he was with us, but he still ran with me the next day.” His methods were so unorthodox, Itzler writes, “There would be moments when I wasn’t completely sure that my life wasn’t in danger.” 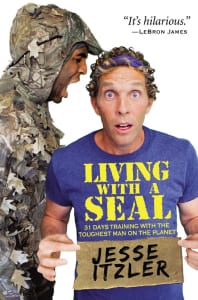 The book is filled with funny and lighthearted moments, too, and reveals the unique bond the duo formed despite SEAL’s no nonsense, tight-lipped demeanor. “SEAL shadowed me everywhere I went,” Itzler notes, “so he was at every business meeting, every lunch and every conference call. As fascinated as I was with the simplicity of his life (SEAL showed up at my house for a month with only a small backpack, military ID, and debit card), I think SEAL was equally as fascinated with the complexities of my life.”

LIVING WITH A SEAL is available in bookstores and on amazon.com.