What Women Need To Rethink About Their Money After Divorce 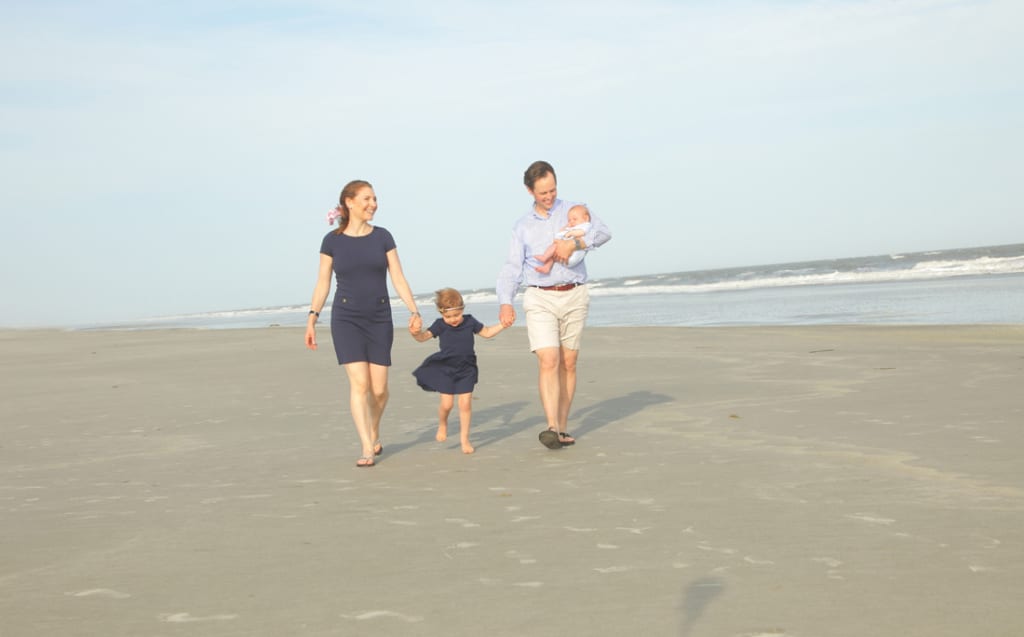 There’s no one way to parent. Learning from others along the journey is priceless. We talked to some experienced area moms and pops to get their insights.

Katie Cashin owns the Barre3 exercise studio in South Buckhead. She and her husband, Tyler, have a blended family that consists of his children Graham, 21, and Mary Margaret, 18, as well as their 9-monthold daughter, also named Tyler.

I didn’t realize how much my own parents loved me until I became a parent, too. I’ve gone back to them and apologized for my adolescent years. The secret to balancing work and home life: I think it’s finding a balance between prioritizing and strategizing. As a small business owner, I work seven days a week. My default used to be going out to dinner or grabbing takeout because my days were too full to plan a home-cooked meal. As a parent now, my days are even busier, but eating healthy meals at home has become a bigger priority, so I schedule the time to make it happen.

The one thing you can’t live without as a parent:

Baby Merlin’s Magic Sleepsuit. We were experiencing sleepless nights once my daughter outgrew swaddling. The Sleepsuit gives her the same feeling of security but allows her more freedom to wiggle her fingers and toes. It’s possibly the best $39.95 I’ve spent on Amazon.

During my pregnancy, I developed an affinity for the doughnuts at Bon Glaze. I love the kid-friendly designs, and I’m quite certain that when my daughter’s a little older she’ll appreciate a visit there, too.

I was feeling particularly frazzled and depleted one day and decided to make a cup of green tea and allow myself 10 minutes to sit and sip without any distractions. I placed the mug in the microwave to heat the water. When I took it out, the mug was piping hot, but empty; I’d forgotten the water. It was the perfect metaphor for how I was feeling, and it gave me a good laugh, which I needed. 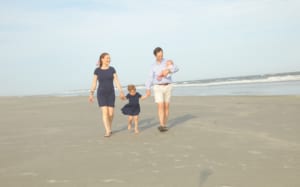 Sandy Springs resident Dr. Darria Gillespie and her husband, Dr. Bryce Gillespie, have two children: a 3-yearold daughter and a 5-month-old son. She is an emergency room physician at Northside Hospital and senior vice president of clinical strategy at Sharecare, based in Buckhead.

When my child looks me in the eye and says in her little voice, “I love you, Mommy.”

Being a physician, especially one who speaks a lot on women and children’s health, I’m often asked for an opinion on hotly debated mom topics—everything from breastfeeding to birth practices to sleep patterns. Every one of us wants what is best for our babies. We still may disagree on how to get there, but [being a parent] enables us to speak together and learn from each other from a position of support and empathy.

We go hiking every weekend, and I love all the great parks in our area. We go everywhere from Cochran Shoals to Morgan Falls. The one thing you can’t live without as a parent: Where would I be without my mom friends? I lean on these strong, beautiful, hilarious women for advice, sharing random baby equipment and for encouragement when it all gets challenging.

Trust your gut. No one knows your child better than you. I see this as a physician in the ER. If a parent says to me, “My child just isn’t acting right,” I consider it the sixth vital sign. Whether it’s related to a sickness or any other aspect of child-rearing, don’t let anyone give you advice that just doesn’t feel right. Trust yourself and your parenting instincts. 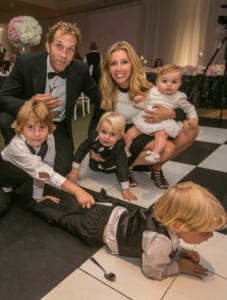 Jesse Itzler is a Buckhead-based entrepreneur, investor and author. His latest venture is 29Zero29, for which he’s rented an entire mountain in Vermont for the weekend of Oct. 13-15 to offer folks a similar experience to climbing Mount Everest. (Climb Mt. Stratton 17 times, and you’ll cover the same distance as trekking to the top of Everest.) He is married to Spanx founder Sara Blakely, and their brood consists of Lazer, 8; twins Lincoln and Charlie, 3; and Tepper, 20 months.

I never would have thought I would get competitive with my diaper changing. After four kids, I’m always trying to beat my previous time!

I don’t think there is any better feeling than hearing your children giggle.

How hard it is. You are always on. And your kids start from zero, which means everything is a teaching opportunity.

You have to be present. Kids pick up on everything. We live in a world of instant distractions, so giving your all when you’re with them is so important.

The one thing you can’t live without as a parent:

My kids love smoothies, so for me it would be hard to go for a long time without my blender.

Parenting is hard, and it’s OK not to have all the answers.

A dentist at the Buckhead office of Kimche & Presley Cosmetic & Sports Dentistry, Dr. Daryl Kimche lives with her two daughters, Gabrielle, 17, and Francesca, 13, and her partner, Beth Boswell.

Watching my daughters take care of one another. Recently, my oldest had major surgery, and her younger sister didn’t hesitate to step up and help take care of her big sis throughout the entire recovery process.

The capacity of our families and community to embrace a nontraditional family that was created through artificial insemination with two mothers and an anonymous sperm donor.

Being able to say no to them while always transmitting unconditional love.

Something you would have never believed to be true until you became a parent:

Just how sleep deprived a human being can become and still function.

When my oldest, Gabi, was in a private kindergarten, one of her classmates told her that it was “not legal” to have two moms. We had to approach the teacher, principal and the child’s parents, all of whom were very supportive. Fast-forward 12 years later, and the parents of that same girl called me for advice on how to support their daughter’s coming out and embracing her own homosexuality. Funny how life unfolds. 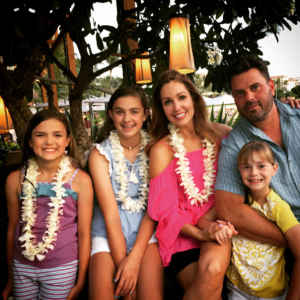 Christi Paul is an anchor for CNN’s “New Day Weekend” and HLN. She and her husband, Pete Wurm, live in Buckhead with their three daughters: Ava, 13; Sofie, 11; and Sadie, 8.

Realizing what you’re capable of doing on zero sleep.

Letting go of perfection and what other people think. Perfection is a myth. And it’s boring. Imperfections are intriguing.

The secret to balancing work and home life:

The one thing you would have never believed to be true until you became a parent:

That I could really hurt someone if I had to. LOL. There’s a new fierceness born in you when you have a child. Mama Bears are real!

I’ve had more conversations about poop and gas (my kids), my boobs (breastfeeding and what you’re left with) and gross stuff than I ever did pre-kids.

You’re allowed to take time for yourself. Don’t hesitate to reach out for help and babysitting so you can reboot. Work out, read a book, have a date night or a girls’ night out. You’ll be a better person and parent.