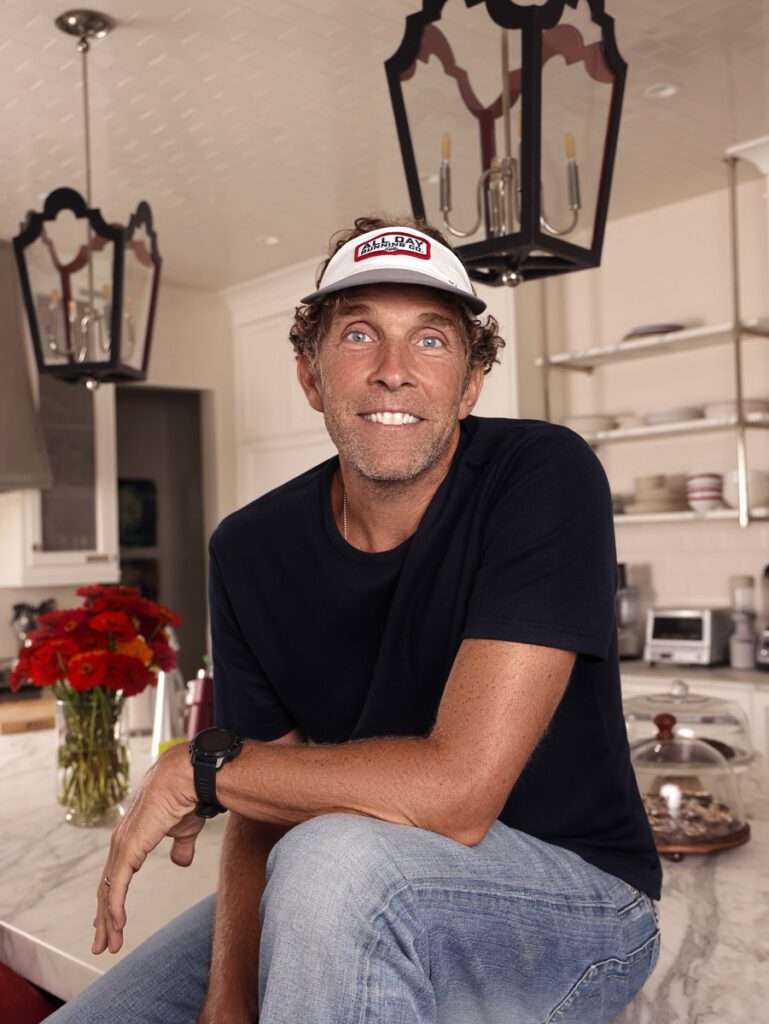 Jesse Itzler doesn’t have an advanced degree from an Ivy League school, nor does he come from a dynasty of business tycoons. Still, he stands tall among successful entrepreneurs as co-founder of Marquis Jet, one of the world’s largest private jet membership companies, and as a partner in Zico Coconut Water, both of which were sold for undisclosed amounts to Berkshire Hathaway and Coca-Cola, respectively. His experience in business, and life as a whole, doesn’t fit neatly into an easily quantifiable box, and that’s just the way he likes it.

The now-Buckhead resident had an epiphany when, as an early 20-something and recent grad of Washington, D.C.’s American University, he was taking odd jobs, sleeping on a friend’s New York City sofa and having a blast. “I realized it’s not what you have; it’s what you do. I became a doer,” he says. Itzler had his first big professional win in 1990, at 22, when he got a record deal thanks to old fashioned hard work. “It was the first time, completely on my own, with no contacts and no help, I got something done,” he says of his time as an aspiring rapper. “It proved that all I needed was me.” A year later, he wrote and performed “Go NY Go,” the theme song for the New York Knicks, as well as original tunes for dozens of other pro teams.

Itzler’s father, the Long Island owner of a plumbing supply, may not have had business contacts to share, but he was a role model. “As an entrepreneur, you can do [one of] two things: create something new or make something better. My dad was always trying to do both. That was the exposure I had to an entrepreneurial mindset,” he says. “He didn’t monetize it, but he had the credentials.”

While Itzler won’t need a resume to score his next opportunity, he spends significant time thinking about—and coaching others on— how to build their “life resume.” “It makes you more interesting, and it’s like a lightning rod for opportunities,” he explains of prioritizing relationships, wellness and experiences to enrich your life. Success stories abound: Those Itzler has mentored have launched businesses, run races, strengthened relationships and more, all of them carrying the theme of breaking free from self-limiting mindsets.

The serial entrepreneur refuses to be content with his past successes. “If Elon Musk did that, there’d be no Tesla,” Itzler says. Unlike others, such as Itzler’s wife, Sara Blakely of Spanx, who are primarily known for a particular brand, Itzler takes a different approach. “I kind of reverse engineered it,” he says. “I live a life that’s built around experiences, doing things that I love to do, building my life’s resume and creating new stuff. I guess that is my brand.” Who knows what’s next?

See Jesse Itzler along with special guests live at the Buckhead Theatre on Oct. 27 for an evening of comedy, music and inspiration. To honor his late father, 100% of ticket proceeds benefit the Alzheimer’s Association. jesse-itzler-live.webflow.io

Your mindset has a huge impact on whether or not you succeed. “Everybody has a fear of failure because ego comes into play,” Itzler says. “‘What if it doesn’t work?’ doesn’t cross my mind.” Case in point: When he signed up for his first 100-mile race, he couldn’t run 2 continuous miles. Still, he was relentless in pursuit of his goal and succeeded. “Sometimes it works out for you; sometimes it doesn’t, but I always have a belief that I’ll be able to pull it off somehow,” he says.