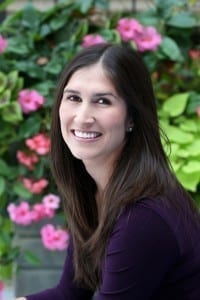 The first time I visited Los Angeles almost 20 years ago, my family and I took a tour of Paramount Studios, and I had an out-of-body experience when we walked by Tom Cruise.

Although I’ve matured a bit since then, I still get flustered when I see a celebrity. And while I always expect to see famous faces on the streets of New York or L.A., the glamour of Hollywood has made its way to our hometown, thanks to the enticing Georgia Film Tax Credit. Buckhead in particular has become a favorite hangout of movie stars while they work in town. Now, it’s not out of the ordinary to hear about Ryan Gosling noshing on Maytag blue cheese chips at the Buckhead Diner (how did I miss that!?) or Robert DeNiro enjoying tuna tartare at Le Bilboquet. Besides making for fun celebrity sightings, the local filming frenzy has meant more job opportunities for local actors and demand for those behind the scenes, from agents and stylists to prop companies.

In this issue, we explore Buckhead’s ties to “Tinseltown” and the homegrown talent that is helping put our community on the movie-making map. From Brookhaven resident Laura Lundy Wheale, whose resume includes roles in big-screen films such as Sully and Billy Lynn’s Long Halftime Walk, to Buckhead’s Peter Zimmerman, the new heartthrob on “The Walking Dead,” we chat with a group of locally rooted actors who have chosen to make the Peach State their home base. We also profile longtime talent agent and casting director Shay Griffin, a heavy hitter who played an important role in establishing the Georgia Film Tax Credit that got all this movie madness going.

Today, I barely bat an eyelash when I see film crews staked out at a mansion on West Paces Ferry or setting up camp at a local park. Just don’t put me at a table next to Ryan Gosling, or you might see a grown woman swoon.