Is FOMO Making You Poor?

In a nondescript meeting room at the back of the Sandy Springs library, Rochel Parker is holding court in front of a projector, clicking through slides on topics like chi and the four pillars of destiny. It’s one of her “Introduction to Feng Shui” seminars that she’s been giving at the library about once a quarter for the last 10 years on the ins and outs of the ancient Chinese practice of arranging objects to promote positive energy. Attendees would be wise to pay attention, for if you hire Parker through her company, Feng Shui Technology, she typically charges $300 an hour for her services. This class is free. 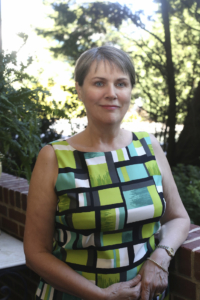 The veteran consultant, who’s studied all over Asia and has been certified by six classic feng shui masters, has been “auditing” the homes and offices of Buckhead residents for almost 20 years. “I’ve been fascinated with invisible energy since I was a kid,” admits the 64-year-old, who began her career as an environmental engineer working for both the Navy and the Environmental Protection Agency.

Her fascination with feng shui didn’t begin until her 40s, when she found herself divorced, broke and miserable. “Then I saw a short piece on CNN about a builder who couldn’t sell houses to Asians in a predominately Asian marketplace until he found feng shui,” she says. “And it just resonated with me.” She borrowed the money to hire her own feng shui consultant. “I did everything she told me, even if it was sort of crazy,” like burying a donut-shaped magnet in her neighbor’s yard. Before long, she was attending her first feng shui class. “I was a total sponge,” she remembers.

Today, her services are sought out by clients from Sandy Springs to Savannah. “We’ve become trained to be oblivious to our environment,” she laments. “But if the environment doesn’t support you, you’re going to struggle. It affects health, finances, relationships, productivity and overall well-being. But I have a trained eye to look at certain things, like a doctor.”

Parker is quick to point out that she’s not a decorator—a common misconception. “It’s not interior design. It’s not space clearing. It’s not organization,” she explains. “I’m good at space planning, but not throw pillows.” What she does is based on physics. “Feng shui is a 5,000-year-old science. It’s cause and effect, like gravity. It’s about how your own physiology responds to your unique environment.”

The process starts with a brief phone consultation. On inspection day, her work begins before she even pulls up in the driveway. “On the way to the house, I’m already looking and studying,” she says. “Is the house close to a school, a cemetery, highpower tension lines?” Once she arrives, she focuses on the landform to see how the yard and the lot are laid out, even down to the landscaping.

Once inside, Parker has a sit-down with her clients to determine why she’s needed. She gets the birth dates and sex of everyone in the household to “discern their compass directions.” Then she begins her inspection at the door they use the most to enter the house. “That’s the single most important thing in your household,” she notes. “It’s the mouth of the house, where the majority of energy enters your space.” Parker then checks out all of the other rooms. As she goes, she’s gathering intel on everything from the occupants’ health problems to their marital status just by looking at their space. (She told one couple their marriage was in trouble after her walk-through. “There were indicators everywhere,” she says.)

Armed with a floor plan and using an elaborate Chinese tool called a lo pan, she uses a series of calculations to come up with each occupant’s individual compass direction. “That tells me how the energy flows and the quality of the chi. I mark on the floor plan the compass directions and the influence they have on each individual; I also write my suggestions, as well as explain them verbally. The floor plan is like an energy map of a space. It’s a crucial part of my consultation.”

In most cases, Parker has to work with what’s there, but clients also hire her when they’re looking to buy a new house or office space. A luxury Buckhead condo complex once retained her services after a failed real estate transaction. A deal on a $1.5 million unit was contingent on the buyer bringing in a feng shui consultant (not Parker) who ended up advising against the purchase. The management brought Parker in to explain why. One of the main reasons was that the view from the unit was of a building shaped like an X-ACTO knife, with a sharp edge aimed right at the unit—a feng shui no-no.

No matter the client, Parker’s ultimate goal is to help people improve their environments and their lives. “We are the sickest developed country in the world,” she claims. “I believe it’s because of the way we live. We don’t think about how our environment affects our physiology. If we can’t see it, taste it or smell it, we often ignore it. It doesn’t mean it’s not having an impact.”