We’ve got the Beat

His timing is perfect for selling used luxury watches worldwide. 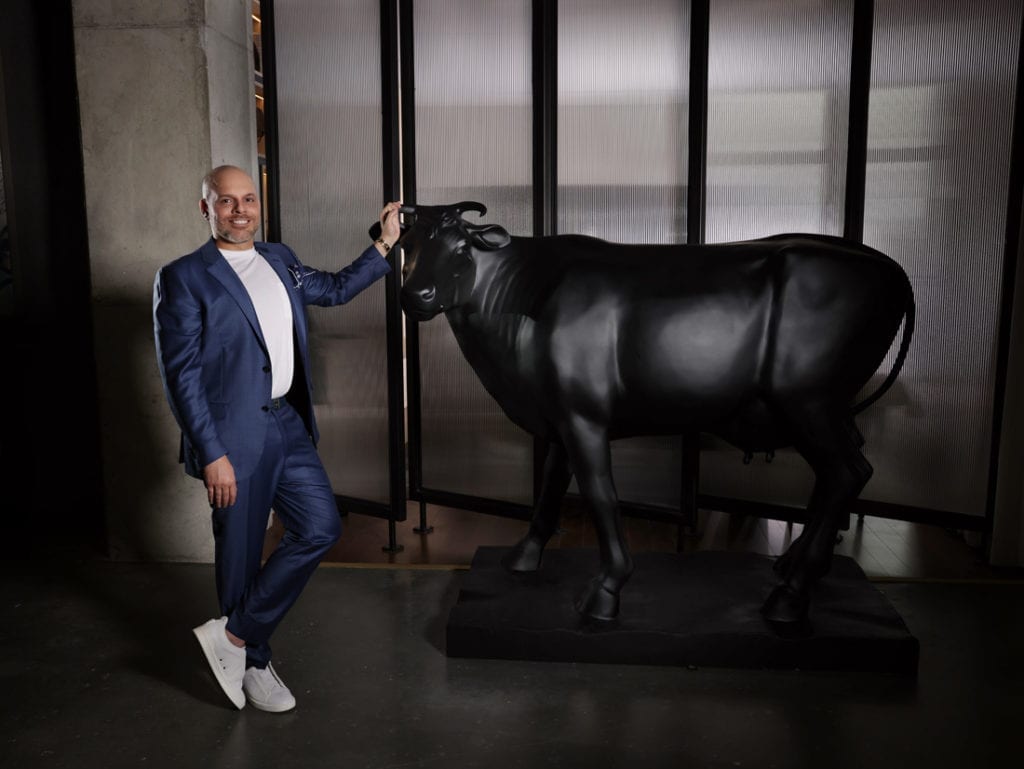 “It really does feel like you’re walking into a brokerage shop more than a retail store,” says the 38-year-old, who should know. Before moving to Atlanta in 2016 to join his mother and stepfather, Victoria and Jake Rokhlin, in the watch business, Tutunikov spent a decade as a Wall Street trader.

It turns out that selling pre-owned Rolexes and other high-end watches online is more fun, says Tutunikov. It’s also exciting transforming a mom-and-pop operation into an e-commerce juggernaut. He estimates that 90% of the business is online now and that sales have grown nine times since he arrived, making SwissWatchExpo No. 2 among U.S. retailers of used luxury watches and in the top four worldwide.

Not bad for a member of a poor family from Ukraine who reached the Philadelphia suburbs in 1989. Tutunikov remembers relying on food stamps, but he also recalls seeing many members of his immigrant community thrive. “I have this concept of the American dream very much alive and well in my heart. You can do a lot in this country if you put the effort in,” he says.

His drive helped him graduate from New York University in 3.5 years with a double major in finance and economics and a minor in math. “Coming from a refugee background, I always felt like we moved here so I could have a better future,” says the entrepreneur.

Besides him and his parents, SwissWatchExpo had two employees in 2016. Now it has 25.

“We have salespeople who are obsessed about watches, and since they don’t get paid commission, they’re not trying to do a hard sell,” Tutunikov says. Each salesperson handles up to 80 incoming sales calls each day, all with the goal of connecting buyers with their ideal timepieces.

He wasn’t a collector of luxury watches before he entered the business but appreciated the craftsmanship. He now has six, including a rose-gold annual calendar Patek Philippe he pulled from the inventory as a Hanukkah gift in December to celebrate 2020 sales growth. Though he can borrow a watch from the 3,000 or so in stock for a special occasion, working seven days a week means he often turns down offers to socialize.

Tutunikov has worked hard to build the company’s reputation, develop online trust and boost e-commerce efficiency. He invests heavily in marketing to attract buyers and sellers. The store’s YouTube channel carries more than 30 new videos a week, from product reviews to celebrity styles. The staff includes four fulltime photographers and in-house watchmakers who authenticate, service, repair and polish every piece.

Volume is another market advantage. SwissWatchExpo has 1,000 Rolexes, Tutunikov says, while many stores have only five or six. Even remote customers enjoy virtually touring the showroom to explore the options.

Tutunikov finds inspiration in Amazon founder Jeff Bezos, who also left a job in finance to launch an e-commerce company, but for now he isn’t following Bezos’ example of expanding beyond his niche. The watch market still has too much room for growth.

“I am having a ton of fun growing this business to levels that we never thought imaginable,” Tutunikov says, adding that sales could top $100 million a year in the future as the industry consolidates.

“I like to go out to nice places and have a good meal,” Tutunikov says. Some of his favorites are close to his condo at The Charles in Buckhead Village, including Storico Fresco, Storico Vino and Kyma. He says Kyma’s outdoor dining area is “something special on a warm day.”