When it comes to art, contemporary gallery owners Heidi and Ramsey Maune are all about the new and notable 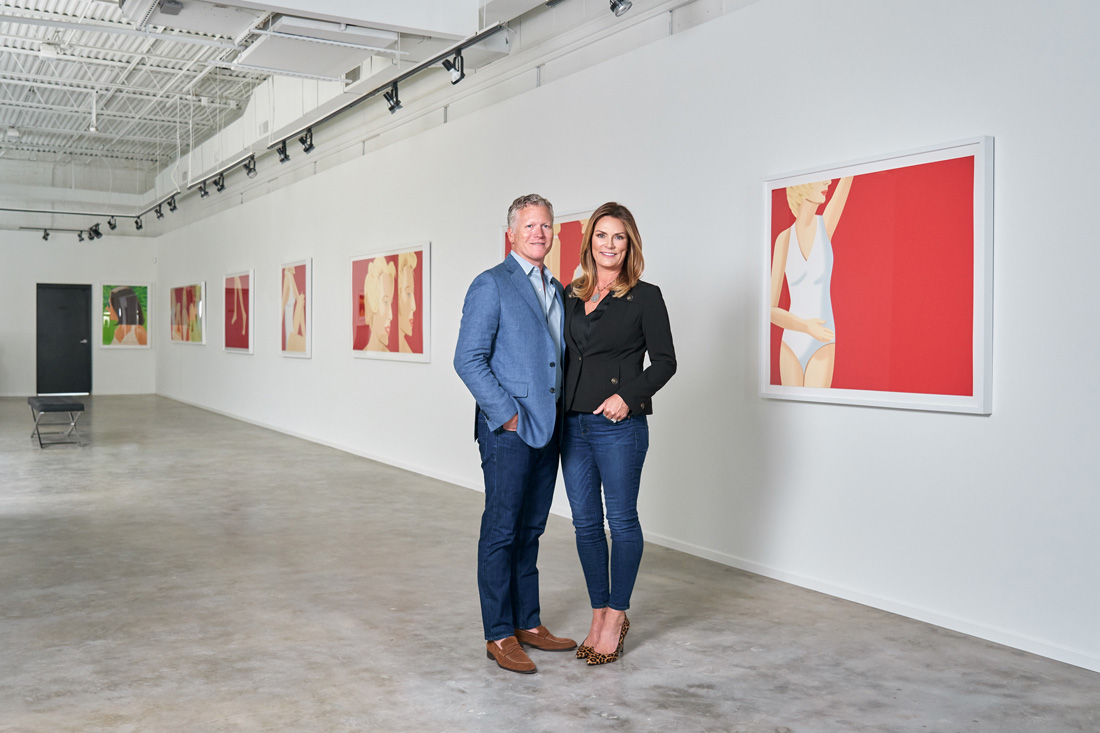 Date nights in the early days for Heidi Maune and future husband Ramsey weren’t the usual dinner-and-a-movie combos. Instead, the two art lovers spent their courtship wandering through Atlanta’s art scene. “We both love art, and we’ve both collected,” says Maune. “So many of our dates revolved around going to galleries and art shows.”

The couple attended high school together in St. Louis, and after reconnecting two years ago in Atlanta, tied the knot last summer. And despite his having a career in commercial real estate and Heidi’s work in the world of medical sales, they decided it was time to turn their passion for art into a living. They launched their namesake gallery in Buckhead last fall, not just as a way to make a living, but also to expand the city’s offerings of contemporary art, which Maune describes as works composed primarily by living artists.

“We saw some good contemporary galleries, but what we didn’t see was blue chip artists with limited or multiple prints at price points that were more approachable,” says Maune. “Knowing that Atlanta is a growing and vibrant city, we thought it would be a good fit. We decided to go for it, found a great space on Miami Circle and figured, ‘What’s the worst that can happen?’”

In a town that touts tradition in architecture and art, Maune realizes that “contemporary hasn’t quite latched on yet.” She’s out to change that by introducing national and international artists with names that might be new to some locals. The gallery’s opening featured sculptures and prints by New York-based Alex Katz, and this month, the spotlight shifts to Justin Lyons, an emerging artist from Florida who defines his colorful works as “street art inspired.”

“We’re looking for artists who are mid-career or rising to the top and have staying power,” says Maune. “We think the time is right for a different perspective, especially since Atlanta has people moving here from all over the world. There will always be the love of traditional things in the South, but we also want to open people’s eyes to a bigger art world.”

Part of that mission means educating art lovers, designers and collectors about how contemporary can fit into a traditional environment. The couple has already done just that in their renovated Brookhaven home that Maune describes as “a ’50s ranch that’s become a quirky two-story.”

“We do have a lot of contemporary art inside,” she says. “You’ll walk in and see an antique chest with a piece of modern art above it, and it works beautifully. We’re just starting to scratch the surface of working with the design community to get the word out that contemporary works well with traditional.”

So far, owning a gallery has already fulfilled the couple’s main objective, says Maune. “One reason we wanted to do this was to travel and meet a lot of interesting people. We’ve done both, and we’re having a lot of fun.”