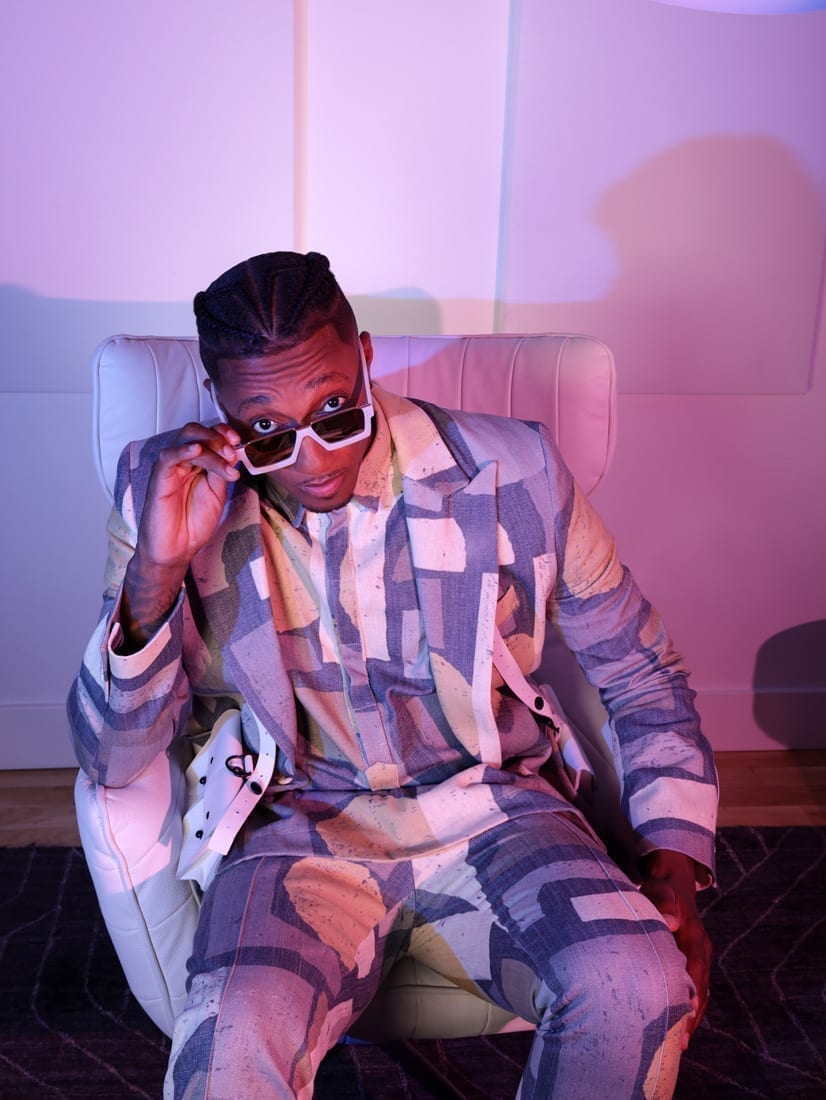 I don’t do the most, but I do a lot,” Lecrae raps in his viral 2018 hit, “Coming In Hot,” with Andy Mineo, a tune that’s been used in social media posts by stars from Will Smith to Kim Kardashian. Though it’s not meant to be ironic, a lot is a colossal understatement: He’s a Grammy Award-winning rapper, singer, songwriter, record producer, actor, entrepreneur, author, philanthropist, husband, father and a vocal Christian.

Growing up in Houston with a single mom who played music constantly from a wide variety of genres, Lecrae Moore knew early on that he wanted to be an entertainer of some sort. At 11, he entered a talent show where he performed a medley by singing, rapping and dancing to the delight of the crowd. “I was nervous, but everybody loved it. I thought, ‘Oh, I might be good at this,’” he says. He went on to score a full scholarship for theater arts to the University of North Texas. “But I kept skipping class to go to the music lab. I was infatuated with working with the producers. I knew that music was the direction I needed to go in,” he says.

He names singer, songwriter and producer Pharrell Williams as his biggest musical inspiration. Lecrae says, “I never imagined being the writer and the recording artist. I just wanted to make the music. My first album happened because I made all this music, but I couldn’t figure out what artist would sound right, so I just recorded [it myself].” This experience forever changed the trajectory of his life and career.

In 2004, he released his first album, Real Talk. Other hip hop albums After the Music Stops, Rebel and Rehab followed, earning Lecrae notoriety among Christian radio listeners. Even though his rise to fame came through faith-based projects, Lecrae says, “I’m a musician who’s a Christian. My faith is very important to me. It’s the foundation on which I stand. But, when people approach my music, I want them to know that my music isn’t made with exclusivity in mind. If you would like to walk with me, I’d love to walk with you. We’ll journey together.”

Though he could have chosen anywhere to call home, Lecrae and his wife moved to Atlanta in 2009. One of his cousins raved about the city, so he visited for the first time after high school. “Atlanta provides all of the access to musicians, artists and industry veterans,” he says of the professional benefits. “It has the small-town charm, but it also has the big-city experience. Being able to access both of those is big for me.” The couple has lived here for 12 years, and five years ago, Lecrae moved his recording and production studio, Reach Records, from Grant Park to its current location on the Westside.

His inclusivity and wide appeal have led to music and collaborations with artists from John Legend to Tori Kelly. In 2014, his seventh studio album, Anomaly, became the first to top both the Billboard 200 and the Gospel Albums chart, signaling his place as a true crossover hit-maker, selling more than 3 million records at last count. He’s also expanded his performance repertoire to include acting, appearing in films including Superfly, Breakthrough and Believe Me.

Lecrae’s ninth studio album, Restoration, dropped in August, and he’s currently working on the fourth iteration of his mixtape series, Church Clothes, set to release this summer. He likens a studio album to a fine meal where the chef agonizes over every element on every plate, while a mixtape album is more like a visit to a food hall, where everyone in the group can have a little bit of whatever they’re craving. “It’s the approach of ‘let’s create a lot of music and see what comes out of it,’” he says. “Albums can be a little more intense, [but with a mixtape] I’m just getting together with friends to have fun and see what we get. The bar is a little lower, but the quality is always amazing when that pressure isn’t there.”

The mononymous star won’t highlight a particular album or song that makes him most proud. Instead, he’ll talk about the ways he’s making a meaningful difference for people. Over the last year, he funded Love Beyond Walls’ “Love Sinks In” campaign to distribute portable hand washing stations around metro Atlanta to help homeless people access necessary hygiene, especially important during the pandemic. He’s also partnered with Headmaster Benjamin Wills to form and support Peace Preparatory Academy, a K-5 school that filled an educational void in the Atlanta neighborhood The Bluffs.

Lecrae recalls listening to Lauryn Hill’s music when he was not much older than the children who now attend the school. “I was infatuated with the way she could be her honest, transparent self, and it could impact me so deeply,” he says. “I wanted to make music that would impact people deeply.” His music does move listeners, but Lecrae has found that the impact he’s making goes far beyond the songs he sings. “We’ve had No. 1 albums, platinum records and Grammy Awards, but when I drive through English Avenue, and I see Peace Preparatory Academy and those kids who can thrive because my music has created opportunities for them to have a quality education, I feel like I’m doing what Lauryn Hill did for me. That’s my greatest accomplishment. That’s what I’m most proud of.

Lecrae’s production company, Reach Records, has produced the soundtrack of Netflix’s new film Blue Miracle, released in May. Starring Dennis Quaid and Jimmy Gonzales, the movie tells the unbelievable true story of a group of orphaned Mexican boys who entered the world’s biggest fishing tournament to raise funds to save their home. The soundtrack features music by Lecrae and other Reach Records artists.

WILL THE STARS ALIGN?