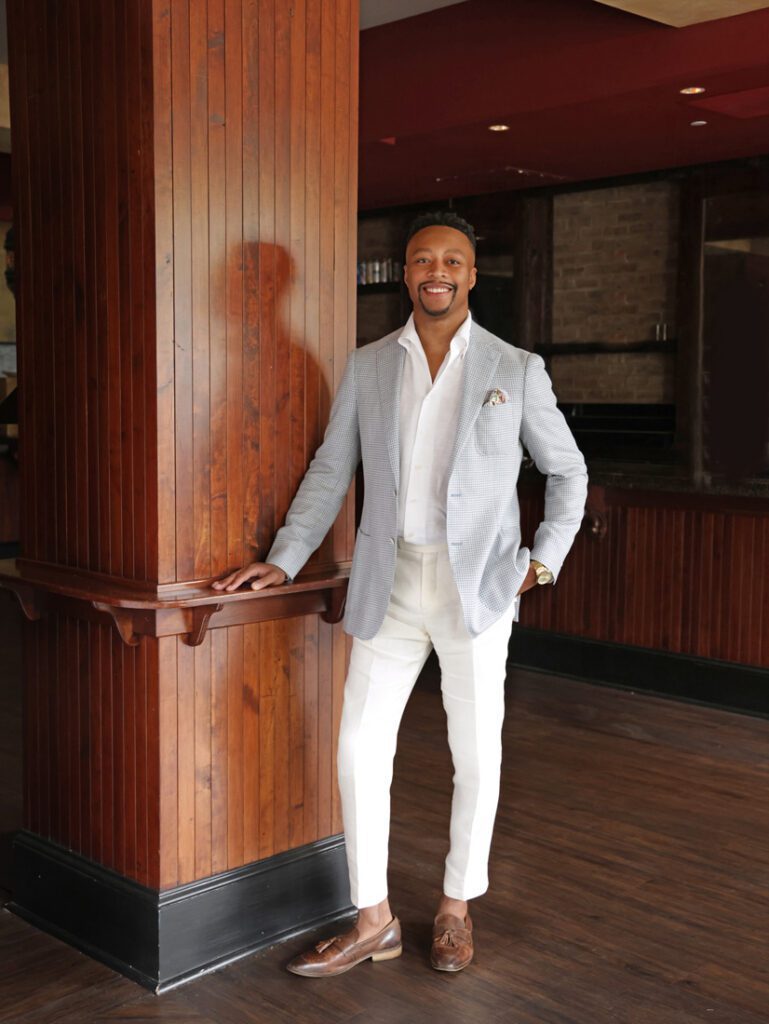 Robert Stewart leads by example. The Fusion Academy Buckhead head of school models how he wants faculty to teach: one to one, with individualized goals that build on strengths and emphasize love and motivation.

“Everybody’s not the same,” Stewart says. “How I structure my meetings is the same way I want them to structure their classroom.”

His mentor-mentee relationship with teachers sets an example that teachers emulate to build up students, says Karen Craven, the head of strategic communication for the 67-campus Fusion Education Group.

Stewart, 36, joined Fusion in November 2020, a year and a half after the private school came to Georgia to serve sixth- to 12th-graders who struggle in traditional classrooms, need schedule flexibility, seek remediation or require other accommodations. The school had about 10 students.

Enrollment reached 65 this spring, close to the Fusion goal of 75, although the number varies because full- and part-time students are admitted year-round. The 12 graduating seniors, double the class of 2021, will attend universities such as North Carolina, Oglethorpe and SCAD.

An Augusta native and graduate of Savannah State, Stewart first taught in Henry County’s public schools in 2008 while preparing for the MCAT and medical school, but he fell in love with teaching, following in the footsteps of three aunts.

Instead of being a doctor, he has taught about 30 students who have become doctors, he says. Similarly, after he earned Teacher of the Year recognition in 2012-13 for helping the Atlanta Public Schools Coan Middle School achieve district-best gains in test scores, he moved into administration to influence up to 300 students a year instead of 30.

He spent more than three years as an assistant principal at Miles Elementary School and was one of three finalists for the APS Assistant Principal of the Year in 2019-20. But after ensuring the school could handle remote learning, he felt an itch for new challenges.

“I’m kind of a three-year guy,” Stewart says. “I always say after three years, ‘OK, should I stay here? Should I move up? Do they still need me?’”

He decided the answer was no for APS. But when he read the Fusion job description to his wife, physician Morgan Dawkins Stewart, she said, “Oh, my God, that’s you.”

The academy’s embrace of nontraditional students was part of the appeal for Stewart, whose 13-yearold son is on the autism spectrum.

Stewart looks for teachers who share backgrounds with students who are diverse in experiences and interests as well as gender, race and ethnicity. He also wants them to be humble. “Perfectionism is not good here,” he says. “You have to know how to fail, take feedback, be resilient and thrive.”

As he completes two years at Fusion while working on a doctoral dissertation on leadership and employee engagement through West Virginia University, Stewart says he doesn’t feel the three-year itch.

“That three-year plan, I do check, no matter what, but I don’t see myself going anywhere else,” he says. “This is the dream job. I feel like we’re just scratching the surface.”

PLAYING TO LEARN THE LOVE OF MUSIC

TAKIN’ IT TO THE STREETS

THE CITY BECOMES A CLASSROOM

A sanctuary for Southern artists