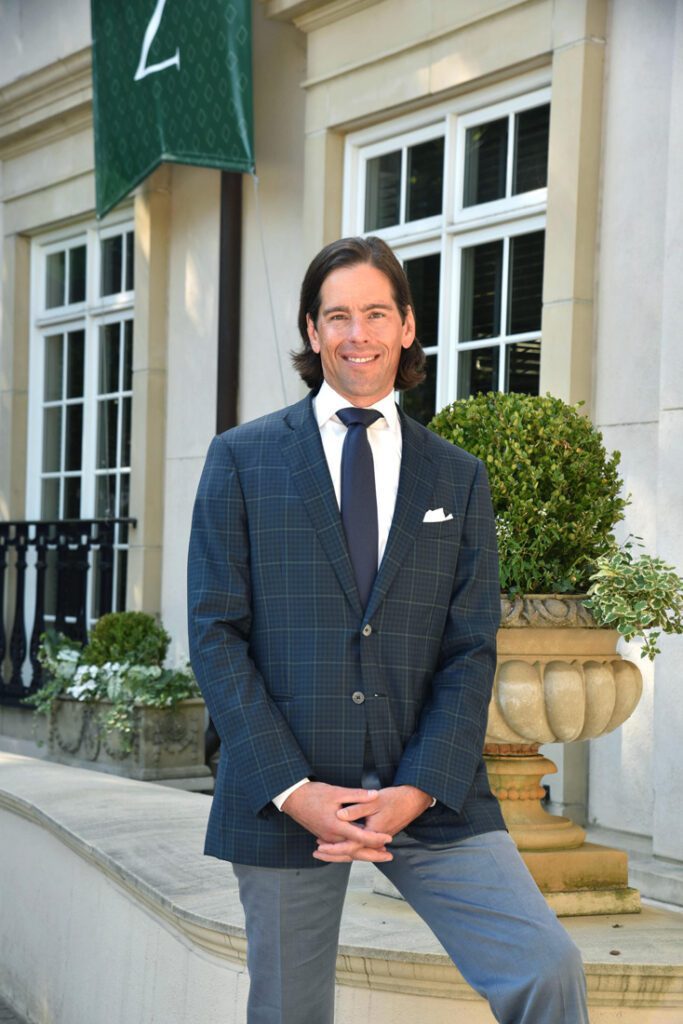 I realized something last year: I have been running Dorsey Alston Realtors longer than my dad ever ran it. He owned the company for 14 years, and this is my 22nd year at the helm. It’s crazy for me to think about that as we celebrate the 75th anniversary of the company.

I was 23 years old when my father, E. Paul Rogers Jr., passed away and left Dorsey Alston Realtors to me and my brothers. He purchased the company from Roy Dorsey, a friend of my grandparents, in 1986. It was a boutique firm of about 25 agents. My father kept the business small, as he also pursued other entrepreneurial opportunities like real estate development, a car dealership and a travel agency. After he passed in 2000, I sold controlling interest in all of his ventures except for Dorsey Alston. I saw the company’s strong brand value and knew it had untapped potential. I became chairman, but I didn’t have the necessary licensure to run the business. I hired someone to serve as president and earned my real estate license. I went to business school at Stanford University in 2006, and after I graduated in 2009, I moved back to Atlanta to become president of Dorsey Alston.

Of course, that was the worst time to be involved in real estate. Not only was there a recession, but it also felt like we had peaked as a company. Although we had grown to 45 agents by 2008, it was hard to attract people because we were small. Then something happened. A large company came in and bought our two biggest competitors, and the changes that followed made many agents consider a move. It was the perfect storm for us because we were a private, locally owned company that was doing things “the old fashioned way,” and that appealed to a number of real estate professionals in the local market.

I was in the office every day. I rolled up my sleeves, even helping people plug in their computers under their desks. I recognized that the value of our business was in the agents affiliated with us. We didn’t purchase our own building until 2012, so we didn’t have any fixed assets until then. All of our assets—our people—went home every night and had the choice not to come back. We differentiated ourselves by creating a culture that focused on listening to them. We had a Silicon Valley startup vibe, and our culture became our biggest draw. Today, we have 290 agents. We are ingrained in this community and in this market. We now have offices in East Cobb and Virginia-Highland, but Buckhead remains our flagship office.

As our family was driving home the other day, my wife said to our kids, “I hope you appreciate how beautiful our town is.” We have so many wonderful staples here in the Buckhead community. The schools, the restaurants, the retail options, the residential areas, the beautiful tree canopy—it’s all here. I’m on the executive committee of the Buckhead Coalition, and it’s something we always talk about. Buckhead is the complete package. And while real estate is an evolving industry, we’re in a really solid place. Dorsey Alston Realtors is taking a long-term picture of the business and our place here in Buckhead

ALL GOOD IN THE ’HOOD

BATTLE FOR THE BRAIN