A man-on-the-go invented the energy drink he wanted. 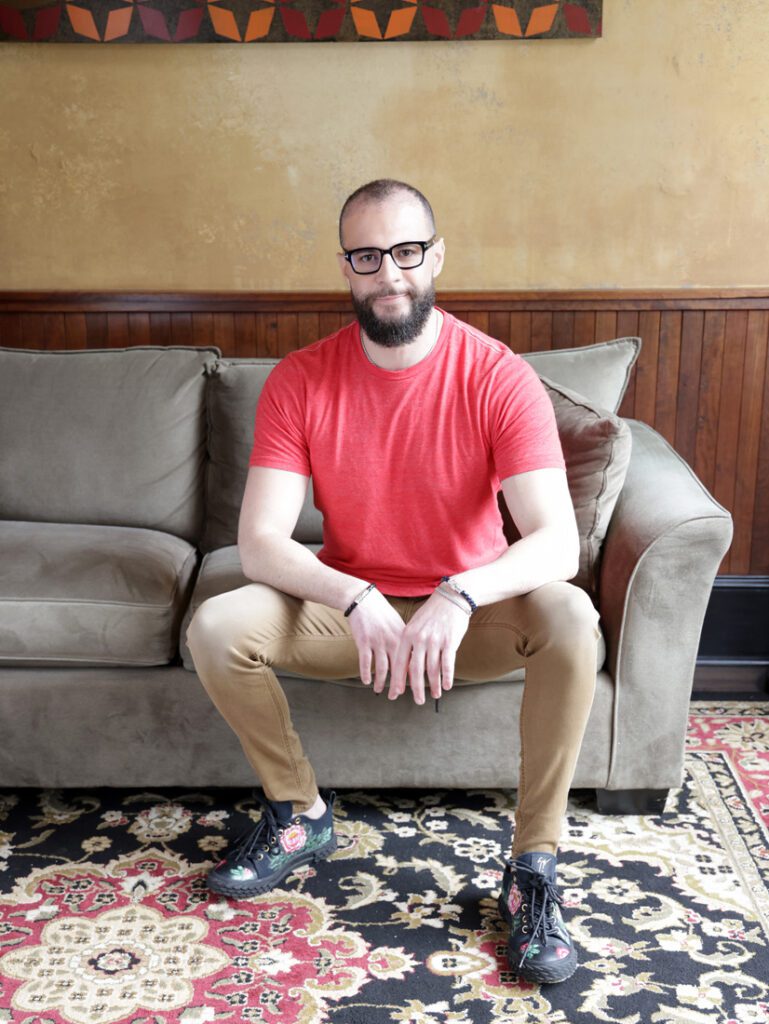 While visiting Algeria, his birth country, in 2019, Salim Mekhmoukh discovered an energy drink at a beverage warehouse he visited with his cousin. He thought it was interesting and tasted good, and was determined to bring it to the United States, despite not having any food and beverage experience. “I’m a visual person,” he says. “I looked at it, and then it just clicked in my head. Something told me to pursue this.”

He tried to bring it to market in the U.S.—he had experience running a distribution company— but a series of obstacles prevented him from importing the drink. It got Mekhmoukh thinking: Why couldn’t he design and create the energy drink he wanted here? “This is the best country in the world to create something,” says the Buckhead resident, who spent a large portion of his childhood in East Cobb.

Then the pandemic hit, and Mekhmoukh was forced to put his international distribution business on hold. With nothing else to occupy his time, he decided to pursue making an energy drink that had everything he wanted in one can: hydration, nutrition, electrolytes and the lesser- known antioxidant astaxanthin, a pigment made from microalgae.

He teamed up with his longtime family friend and business partner, Hicham Azhari, one of the restaurateurs behind F&H Food Trading Group responsible for hits such as Little Alley Steak Buckhead, to form MADO, the first-to-market energy drink of its kind. (Azhari is also a partner in Mekhmoukh’s distribution company.)

The two spent many hours huddled together during the pandemic’s early days, figuring the business out. “We were in the kitchen, around the island, with a bunch of papers,” Mekhmoukh recalls. “We started drawing logos, looking for names for days and days. Four hours here, six hours there. We put our blood, sweat and tears into it. I had nothing to lose.”

The key powerhouse ingredient in MADO is astaxanthin, which has a deep red pigment. (It’s also the reason your lobster and shrimp turn red when you cook them, and how flamingos get their coloring.) Astaxanthin is noted to have anti-inflammatory properties, so much so that NASA is testing growing it in space to see if it can be used during extended missions to help alleviate inflammation. “

Astaxanthin can help improve your exercise performance, increase stamina, reduce inflammation and improve endurance,” says Mekhmoukh. “It’s been linked to healthier skin and to better heart health. It’s a very powerful antioxidant. MADO is loaded with vitamins like C, B3, B6 and B12, plus electrolytes.”

Add in natural caffeine and a makeup that includes zero sugar, zero calories and only 10 carbs, and you’ve got a clean energy drink ready to take the country by storm. Officially launched in May, it’s available in five flavors such as orange cream and coconut lime.

As for the name? MADO sounds like “motto”—which is intentional, as motto was the original name, but the pair had a hard time trademarking it. Mekhmoukh’s motto is important to him, and it’s a simple one. He says, “My motto—or now MADO—is to always work hard so you can play hard.”

From Drab to Fab