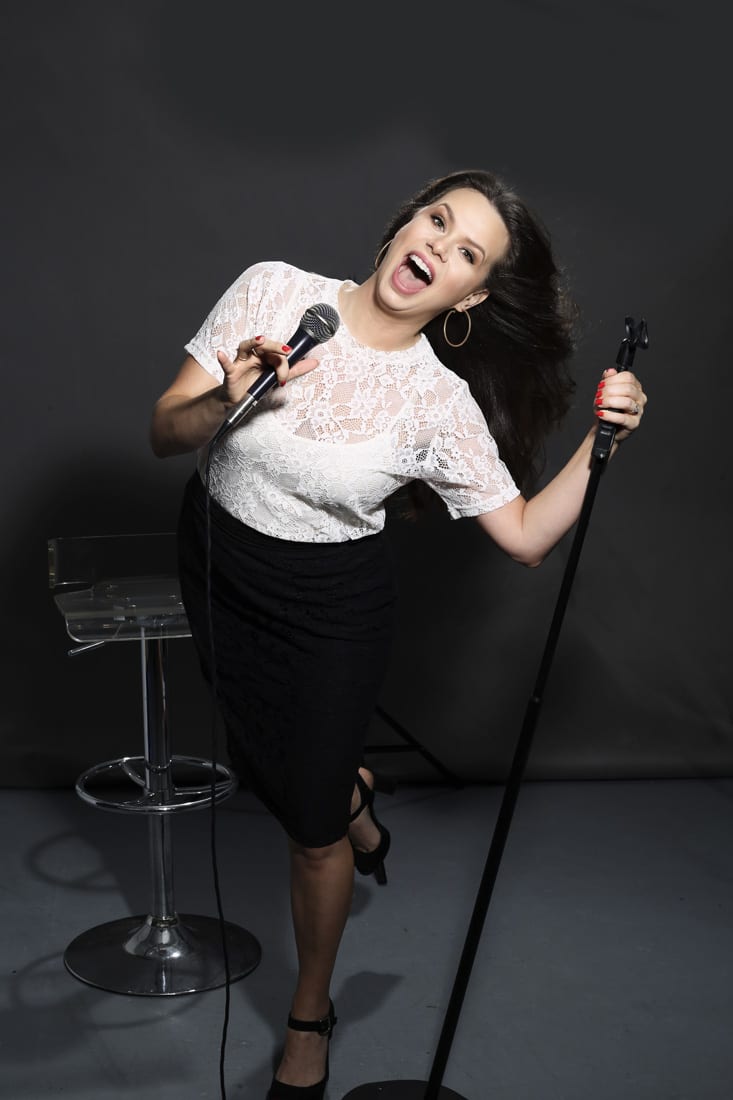 In the best possible sense, Lace Larrabee is something of a comedy aberration—raunchy yet refined, refreshingly antithetical, uber-talented and extremely easy on the eyes. But the 34-year-old Georgia native and fast-rising standup/actress/former pageant queen could just as feasibly have found herself rocking the cash register at Dairy Queen as rocking stages from Atlanta to L.A.

“I have this little fantasy about why my parents had me so young,” she joked during a set in 2015. “I like to tell myself it’s because my mom had a plan. She was like, ‘Listen here, David. One day we’re gonna have a daughter named Lace. She’s gonna find herself broke and childless in her early 30s as a has-been, beauty queen bartender, pursuing her dream as a standup comedian in living rooms and barbecue restaurants all over the country in front of tens of people at a time.’”

A lot has changed for Larrabee in the last three years, however. She’s no longer broke, no longer performing for mere tens of people, no longer taking a stab at some far-flung, wistful dream. Yet the aforementioned bit remains a shining example of one of her comedic strengths: cleverly weaponizing hard truths.

On a late-August afternoon at The Punchline in Buckhead, Larrabee blows into the dimly lit club juggling multiple appointments and phone calls. The room has a special place in her heart. It’s where, six-and-ahalf years ago, she took the mic as a comic for the first time and where she’s performed frequently since. “It was amazing,” says Larrabee. “Back then it was called Jerry Farber’s Side Door, and it sat about 70 people if you really shoved them in. I was tending bar across the street at Tin Lizzy’s, and I had a regular who encouraged me to do standup because I would talk about standup a lot. One day, he’s like, ‘I’m putting you in a show. It’s this date. You’re doing 10 minutes. Your headshot is on the flyer. Show up and do it.’”

So she did. And she killed.

Now Larrabee has chosen The Punchline to host her newest passion project: the Laugh Lab, a series of all-female standup classes tailored to helping local women find their voices in comedy. “As someone who comes from a pageant and cheerleading background, I know what kind of magic happens when a group of women gets together,” says Larrabee. “We’re naturally more supportive.” The inaugural session was in October 2017, and to date, she’s graduated 67 students. “I have to remind them that great women in comedy didn’t begin with Amy Schumer. It’s not like women weren’t always there.”

Larrabee should know. Standup comedy is, after all, widely regarded as one of the most brutal businesses in all of entertainment, and being a comedian requires an exceptionally thick skin to deflect frequent shots to one’s ego. But the former Miss Georgia contestant is quick to note that her conditioning for the spotlight didn’t begin with her Jerry Farber’s baptism. “There’s nothing more stressful than competing in a pageant. Talk about rejection. They’re literally like, ‘This girl’s better than you, and here are the reasons why.’” But while competing in her first middle-school pageant, Larrabee found her mettle. Her mother rented her a $50 dress that “looked like the top of a wedding cake,” and young Larrabee took home the crown. “They hated me,” she smiles. “And I loved that.”

WHERE TO CATCH HER: The Punchline, Buckhead Nationwide standup dates