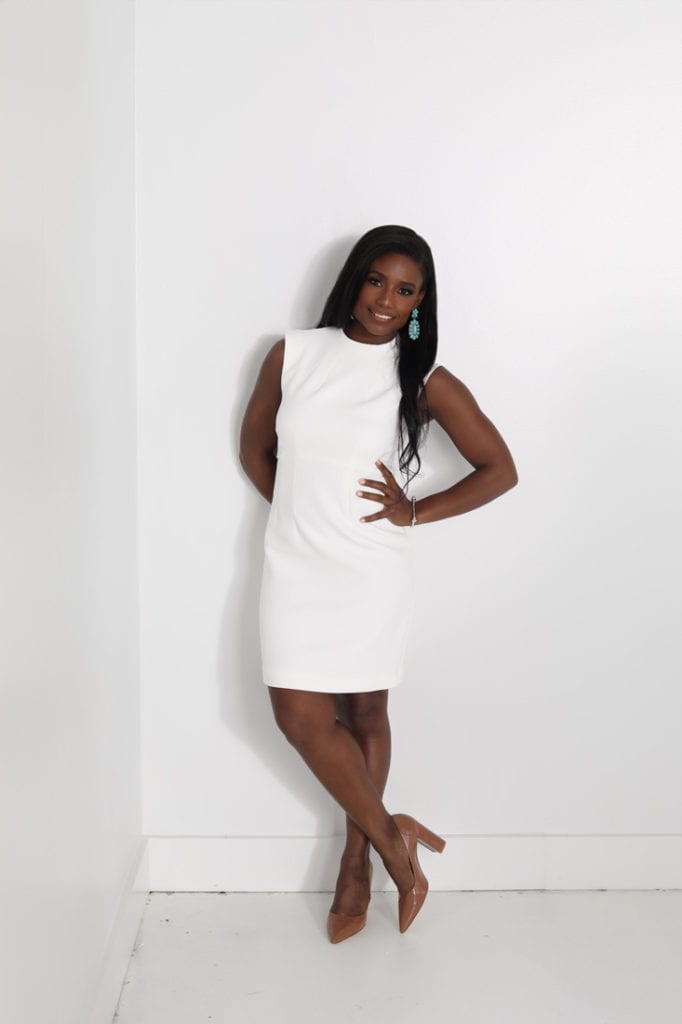 Dr. Kellie Middleton uses the same tool for success in her flourishing career as an orthopaedic surgeon at Northside Hospital and as an athlete: visualization. “The only way you can become what you desire is by seeing it before it even happens,” she says. This process, she explains, is the evolution of hard work, humility, achievement, disappointment and grit. “To me, those are the most important and most exciting aspects of any success story,” Middleton says.

A lifelong athlete, Middleton was no stranger to a doctor’s office prior to helming one. After attending Marist School in Brookhaven, where she played softball and basketball and ran track, she played collegiate softball at the University of Notre Dame while double majoring in biology and psychology. There, she suffered what many would have considered a career-ending injury: She was hit in the face with a bat and had to undergo 10 reconstructive facial surgeries. “That didn’t stop me! I ended up graduating a year early [in 2005],” says Middleton, though she admits it was one of her biggest life obstacles to overcome.

In 2006, she went on to study public health at the University of Georgia while playing Division I softball and becoming a two-time All American. In the two years following grad school, Middleton played professional fastpitch softball for the Akron Racers during the summers in Ohio. Throughout the rest of 2007, she worked in public policy in California, and in 2008, she attended her first year of medical school at the University of Pittsburgh. During the second summer in Akron, she experienced a major shoulder injury that took her out of the professional game for good.

Did that prevent her from continuing to play sports? No way. “I focus on staying active. I lift weights, do cardio and agility exercises, and picked up golf as my go-to sport,” Middleton says.

After nearly two decades outside of Atlanta, Middleton came back to her roots last year. “My main goal in returning after 17 years away was to not only be close to family but also to give back as a surgeon to the community that helped raise me,” Middleton says.

The rising star specializes in complex shoulder, elbow and knee issues, but takes care of “anything that has to do with the extremities.” Middleton performs surgeries including blownout knees, dislocated joints and rotator-cuff injuries at five Northside hospitals around Atlanta. Her busy schedule alternates between surgical and clinic days where she consults with and examines patients, as well as two on-call nights per week when she sometimes needs to attend to middle-of-the-night emergencies.

Middleton’s time as a professional athlete offers her a unique perspective as a health care provider, which informs her care for several highlevel athletes. While training from 2018 to 2019 at the top orthopaedic fellowship program in the nation, the Hospital for Special Surgery in New York, she cared for Knicks and Liberty players. Currently, she cares for Georgia State and Georgia Gwinnett College athletes.

No matter who she’s treating, Middleton always puts the patient’s needs first. “All of the athletes are patients,” she says. “My primary goal as a health care provider is to do the right thing—the best thing—for my patients, regardless of their profession.”

MUSIC TO HIS EARS