When Super Bowl LIII rolled into Atlanta Feb. 3, so did the crush of celebrities in town to see the Patriots battle the Rams. 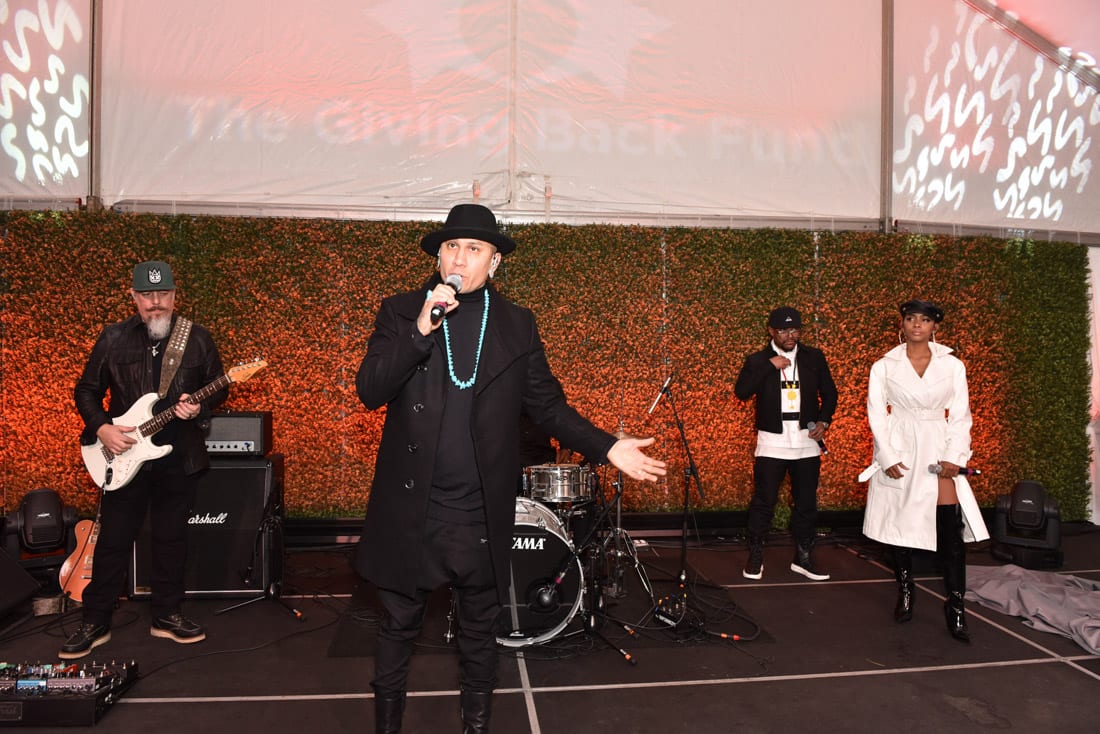 This year’s Big Game Big Give event, an invitation-only party thrown each year in the Super Bowl host city, was equally star-studded. Held at the Sandy Springs home of Jeff and Carrla Goldstein, it was hosted by Ludacris and featured a performance by The Black Eyed Peas. Actor Jamie Foxx sang and hyped up the 800-strong crowd before items such as an Aston Martin and a day on the set of the next Fast & Furious movie were auctioned off. Former New Orleans Saints player Steve Gleason was also on hand to receive an award for his longtime advocacy on behalf of people suffering with ALS, which he was diagnosed with in 2011.

Gala proceeds benefit The Giving Back Fund, a national nonprofit that facilitates charitable giving by pro athletes and other high net-worth individuals.

A Hawk for Hughes