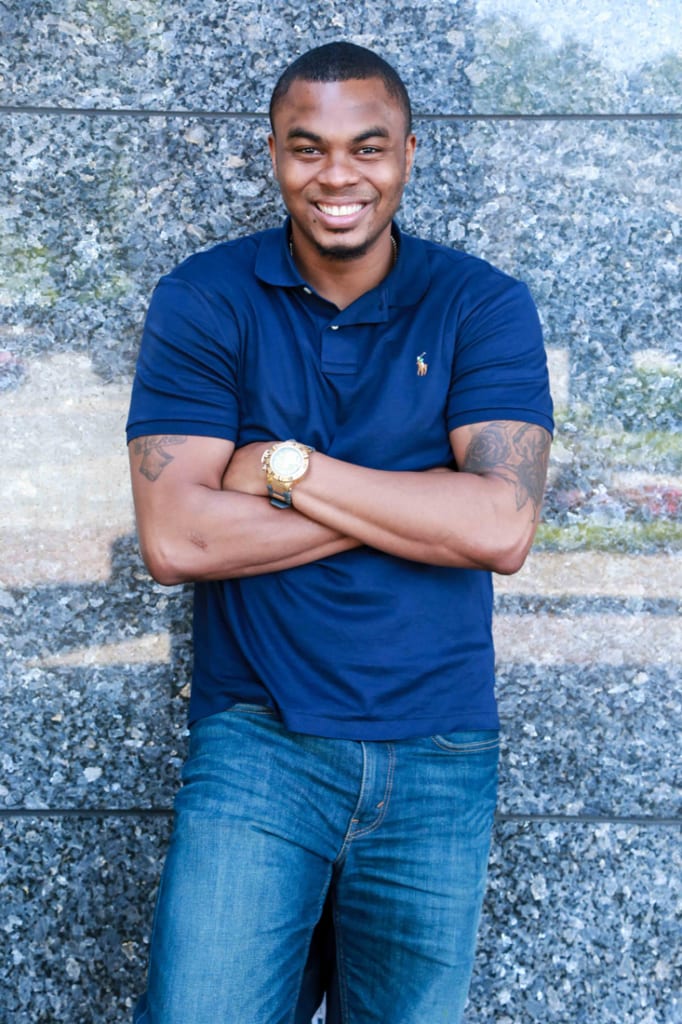 Maurice “Moe” Mitchell was born to be an entertainer. The Atlanta transplant is the newest voice on WWWQ-FM radio’s The Bert Show, but even as a kid he would flex his creative muscles. “I used to write poetry and music at a very young age. Back before I can even remember, I would constantly jot down my thoughts and ideas on paper, whether it was in journal or poetry form,” says Mitchell. “I was always into that world.”

The Brooklyn native left New York to attend school at Old Dominion University in Norfolk, Virginia, but returned to the borough after graduation. A few years after working at iHeartRadio’s mailroom and writing hip-hop songs on the side, one of the guys on the comedy team at iHeartRadio asked Mitchell if he’d be interested in doing stand-up specials. This led him to launch a comedy podcast, Keep the Change, that exposed him to the world of radio.

Among Mitchell’s other creative endeavors are his popular, often expletive- filled Facebook videos titled Why I Hate Your Sign. It may seem like a random topic, but Mitchell’s grandmother was an astrology nerd and passed her knowledge of the different astrological signs on to him. He was teasing his friends about their signs one day, and they encouraged him to make his rants into videos. His first was about his own sign, Scorpio, and included two minutes of hilarious zingers. It went viral, as have the other six astrology videos. Mitchell laughs, “I’m probably better known for those than anything else.”

His talents, demonstrated in his comedy podcast and those videos, resulted in an email from The Bert Show host Bert Weiss. Mitchell was working in Brooklyn at the time and traveling for stand-up gigs when he got word from Weiss saying that he had seen Mitchell’s work and there was an opportunity to come to Atlanta and serve as a replacement for Brian Moote as a co-host on the nationally syndicated show. Excited for the chance to work in radio again, Mitchell pounced on the opportunity.

Of how he likes his new role, he says, “I’m loving getting to know everyone. It’s like a close-knit family. It’s really been amazing working with them and learning radio, learning their chemistry. It’s a very beautiful challenge.”

Now a Sandy Springs resident, Mitchell is also enjoying learning about his new city. “I like [Atlanta],” he says. “It’s slower. It’s different. Things aren’t necessarily as close together. New York City is unique; there’s nothing like it. But I was ready for the change of pace, and it came at a good point in my life. For me, it’s been amazing.”

He hasn’t had a chance to explore too much of his new surroundings yet, but hopefully for the rest of us, he’ll be around for a while. Besides catching him every weekday morning on The Bert Show, he’ll also be making stand-up appearances around town. Keep up with him via Twitter at @immoemitch, and on Facebook at facebook.com/moemitch.