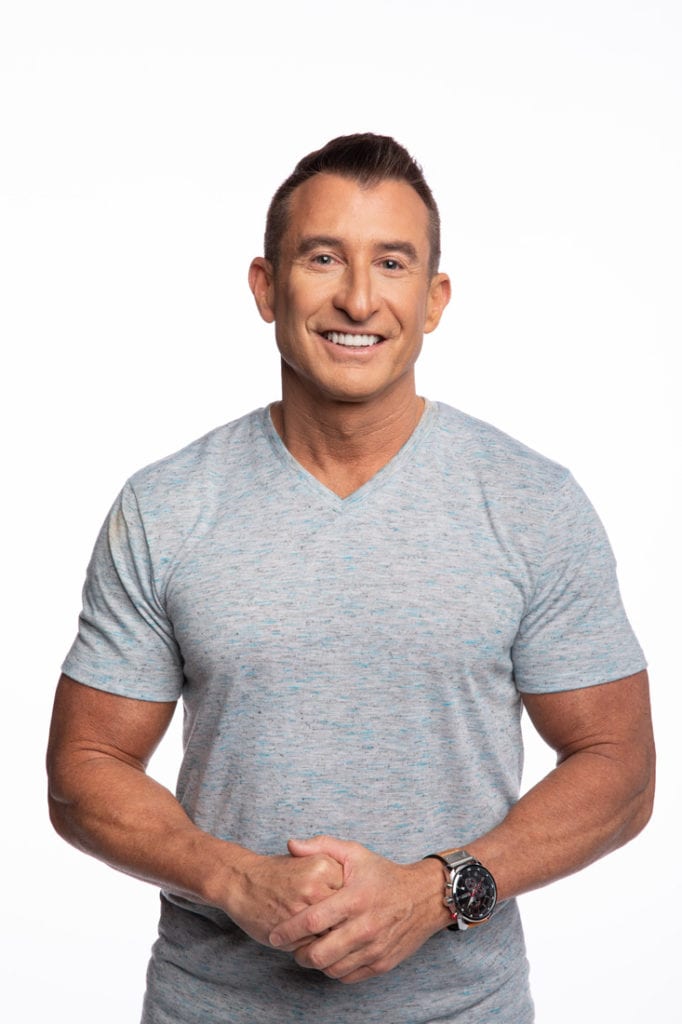 Morning radio found Bert Weiss, not vice versa. Initially, the host of The Bert Show wanted to be a sportscaster. During college at San Diego State, the New York native who had moved to California as a child began working at a country radio station as a research assistant. “There was no sports department, but just having station letterhead could get me access to a sporting event,” says Weiss, who was 20 at the time. Little did he know, the innocent farce would lead him down a career path that includes celebrating the 20th year of his nationally syndicated, Atlanta- based morning show this month. “I asked the host of the station’s morning show to put me on air, did one segment and fell in love with it.”

Weiss left college to pursue his radio career, which took him to Dallas and Washington D.C. before coming to Atlanta to helm The Bert Show for Q100 in 2001. The lifestyle and entertainment show airs each weekday from 5:30 to 10 a.m. and features a cast of four sharing their real-life moments and struggles, in addition to national entertainment news and celebrity interviews—and serving up a boatload of humor. It also launched a podcast in 2014.

The Sandy Springs resident attributes the show’s long-lasting success and resilience to its cast’s relatability and vulnerability. “We are as real as we can be. We talk about our problems, the highs and a lot of lows. People have related to that and grown with us through the years,” says Weiss. “I’m super proud that the team has kept it going at such a high level.”

It was Mariah Carey who launched The Bert Show into the national spotlight almost two decades ago, but not how you may think. After Weiss promoted the high-profile interview non-stop, the songstress was a disappointing no-show. Two hours later, he was in the middle of an interview with a local cancer patient when Carey finally called in. “I said, ‘Mariah, I am so sorry, you are two hours late.’ We hung up and I continued my interview. It made national headlines. Nobody hangs up on Mariah Carey!” Later, she came back in-studio to finish that interview.

Another infamous moment that put Weiss on the national map was a 2004 call with Usher’s former girlfriend, Chilli (Rozonda Thomas), in which she admitted the couple broke up because he was cheating. An on-air rebuttal by Usher, who had called in, ensued. “We gained fame for our brutally honest interviews with celebrities. I got into an on-air fight with Usher because he said our interview with Chilli was the reason they broke up,” Weiss says.

Other less-dramatic notables on the show have included Lady Gaga, Kelly Clarkson, Michelle Obama, Jimmy Carter, Chris Rock and Justin Bieber, for whom Weiss has a fondness. “We were the very first radio show to interview Justin. I’ve known him since he was 15 years old,” he says.

It hasn’t all been a smooth ride. Since the show’s inception, radio has changed significantly as the industry has battled competition with satellite radio, Spotify, iTunes and podcasts. It has had to replace some original cast members and continually pivot with content. In 2010, it became syndicated, no longer serving just a local audience but a national one of 25 cities with differing interests and opinions.

One mainstay on the show is its philanthropy, including the nonprofit, Bert’s Big Adventure, Weiss established with his now ex-wife in 2002. The organization takes chronically and terminally ill children and their families on a vacation to Walt Disney World and runs year-round support programs. The whole Bert Show cast attends the trip, and the families’ stories are shared on-air.

After two decades, the Radio Hall of Fame broadcaster has never quite gotten used to his morning show schedule. “I still hate mornings,” he says of his phone alarm going off at 4:30 a.m. “I’m working on sleep health right now. The goal is seven hours and a daytime nap.”