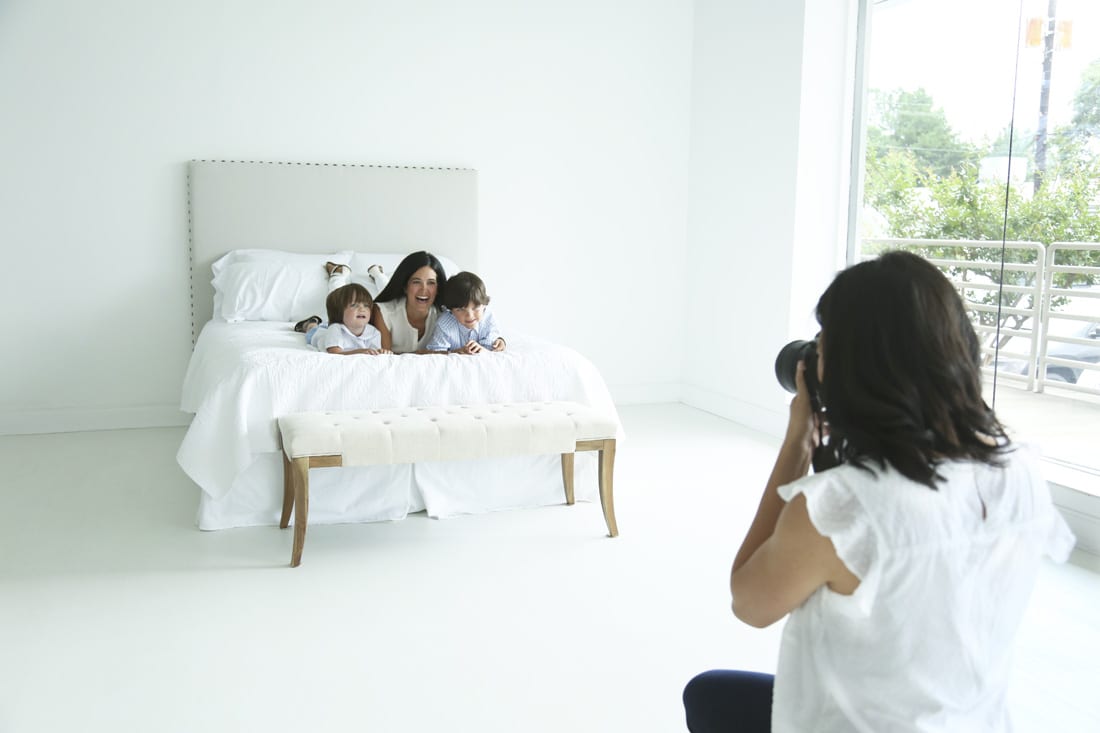 Alice Park has some very demanding clients. They might demand a lollipop, their favorite teddy bear or a diaper change. That’s because Park is a professional photographer whose clients are typically kids.

One of the city’s premier child portrait  takers, Park spends most of her days in her spacious Buckhead studio, snapping pictures of babies, toddlers and kids of all ages, often alongside their parents and/or siblings. Her career initially went a totally different way, though. “I’ve always loved photography and have had a camera in my hand since middle school, but it wasn’t a practical career according to my parents,” she says. So she went to college to study to be a doctor. But as early as her freshman year, she knew she wasn’t in the right school and she dropped pre-med to concentrate on engineering. After graduating with an engineering degree from Georgia Tech, she took a job as an industrial engineer for UPS and was being groomed for an executive position, but again, she quickly realized it wasn’t the direction she wanted to go in. “Something was definitely missing,” she says. “A big part of my personality is if I’m not doing something I love, I quickly reevaluate.” 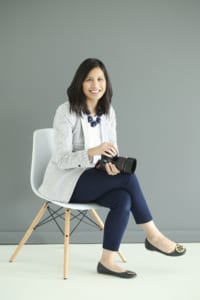 About that time she met her husband, Kyu, who encouraged her to figure out how she could do what she really loved. She began taking photography workshops and studying the craft. At first, she did weddings, corporate headshots and school portraits, but she soon discovered her true passion was photographing kids and families. “I share an almost instant bond with them,” she says. “I’ve photographed many of my clients dozens of times. I see their lives from the beginning, and it’s cool for me to witness that journey.”

A mother of two herself—she has a son, Lyon, 6, and a daughter, Elise, 3—it’s easy to guess who Park’s favorite subjects are. In fact, when her son was born, she took a photo of him every day for the first year of his life and put the images together in a keepsake book. But no matter who her subjects are, Park’s inspiration is capturing those precious moments for eternity. “I’m documenting milestones,” she says. Here’s a typical day in the life of this kiddie documentarian.

6:30 a.m. Park hops out of bed, gets herself ready, then wakes her son up to get him organized for school. They make breakfast together, and then her husband drives Lyon to school. “From 7:15 to 8, I’m working productively on my computer until it’s time for my daughter to get up. Then she and I will read books or play games for a while.”

10 a.m. After arriving at her studio, Park holds a meeting with her staff. One of the items on the agenda is an event called the Inspired Gallery, a print photography competition being held at the studio. They also talk strategy, social media and marketing.

12 p.m. Park eats the lunch she brought from home in the break room.

12:30 p.m. A 16-month-old named Carlos arrives at Park’s studio in the arms of his mother, Liz. The duo was originally supposed to show up for a shoot on a previous day, but as kids are prone to do, Carlos got sick, and they had to reschedule. As the toddler runs around the studio checking everything out, Park kicks off her shoes and begins posing Carlos and his mom here and there around the room. Because Park’s studio was designed to take advantage of the natural light that beams in through the west-facing, floor to ceiling windows, she doesn’t need artificial lights, so she can easily roam around the space without having to stop to move and readjust a lot of equipment. As Carlos flits excitedly about the room, she grabs her camera and lets things happen organically. “When working with kids, it’s the in-between moments that count,” she insists. “What happens in between the setups is the real magic.”

1:10 p.m. Park’s next session is with a 4-year-old named Warren. When they’re introduced, Park kneels down to talk to him so she’s on his level, grabbing his interest when the talk turns to his favorite Star Wars characters. She then asks Warren to take off his shoes, and when he resists, she tells him that if he does, he can jump on the big white bed she has up against the main wall. Still, he falters. “C’mon, I want to see how high you can jump,” she cajoles. Park then has Warren sit on his mother’s lap. He’s a little squirmy, so she says out loud from behind the camera, “Mommy’s going to whisper a secret to you.” After she does, Park asks him, “What did your mommy say?” “That daddy’s a bad dancer,” Warren replies. Next she has Warren whisper something into his mother’s ear. The secret he tells her? “Daddy has lots of gray hair.”

2 p.m. Park meets with her husband to go over finances. Kyu is the CEO of both her business, Alice Park Photography, and the National Association for Professional Child Photographers (NAPCP), an organization they co-founded in 2009.

2:35 p.m. Afternoons are when Park usually answers emails and calls from potential clients, instructing them on how she works, pricing, etc. Unless it’s a super complicated shoot, her sessions typically last less than a half-hour. “Twenty minutes is a good amount of time,” she says, noting that kids start to get a little antsy and lose focus if the shoot goes much longer than that.

3:30 p.m. Park’s son arrives at the studio from school. “My workday stops at 3:30,” she says. If she doesn’t have to drive Lyon to karate, piano or swim lessons, she’ll hang out at the studio with him and help him with his homework.

5 p.m. Park arrives home. She hangs out with Elise for a bit, then starts getting dinner ready. After they eat, the family often goes for a walk in the neighborhood or out for yogurt. “No matter how busy or stressed we are, we try to go for a walk,” she says.

8 p.m. After the kids are in bed, Park works out to an exercise DVD. Afterward, she and her husband have what they call their “happy hour.” They put work and everything else aside, pour themselves each a glass of wine and take a minute to talk about the good things in their lives. “It’s a daily reminder of all the joy we’ve been blessed with,” she insists.

11 p.m. After a shower, she jumps back on the computer and spends another hour or two on work until her head hits the pillow around 1 a.m. Five or six hours doesn’t sound like a lot of sleep for someone who needs the energy to deal with kids all day, but for Park, when you’re excited about what you do, that’s all the motivation you need.