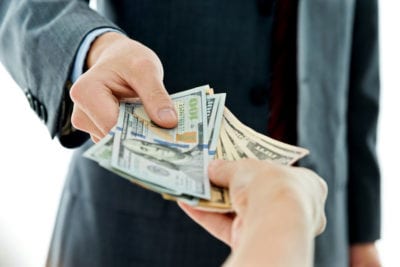 If there isn’t enough pressure for kids to get into college today, the pressure is mounting on the pressure for kids to pay off their college debt.  With student debt obligations now surpassing credit card obligations with more than 1.4 trillion dollars in outstanding debt, the question is looming about when this bubble is going to burst.  Millions of students are in default of their loans and the reality of this amounting hill of debt is limiting the new generations from buying homes and starting families.

With all of this mounting concern, colleges may have found a new way to help students deal with the rising cost of college. It’s called the Income Sharing Arrangement, and it appears that venture debt has just hit the world of college education.

Here’s a little big of background on the ISA, and even large schools like Purdue University have the Back A Boiler program where they say “It’s not a loan. You’re not alone.”  With an income sharing agreement, a student borrows money to pay for their tuition, room, board, fees, etc. exactly as they would with a traditional loan.  The main difference on the payback of the loan is that the student doesn’t owe the money borrowed plus some fixed or variable interest rate, but instead they agree to some fixed percentage of their future income as payback.  The ISA is gaining traction amongst colleges and universities in the United States as a supplement to federal loans and grants instead of growing high interest variable private loans.

How does it work? It works a lot like you would see venture debt with a private company.  Since the school doesn’t know what kind of income or job the student is going to get, they agree to some fixed percentage of the student’s future income until some multiple of the money borrowed is completely paid off.  As an example, if the student borrows $30,000 from the college or university, the ISA might request the student pays back a total of 2.5x the amount borrowed (or $75,000) until the obligation is paid off.  The quicker the student grows their personal income, the faster the debt is paid off with the college or university.

The good news about a program like this is that the college truly has a vested interest to not only help their ISA students find jobs, but also find high quality paid jobs.  Since the student can only repay the debt if they earn more money, there is mutual benefit to both sides to drive income growth.  The bad news about this type of arrangement is that the student may end up paying back more money than they would in a traditional fixed rate interest loan from the school or a private lender.

The concept of ISA’s has been around since the famous economist Milton Friedman outlined them as a potential model to repay debt in the 1950’s, but it isn’t until now that they have really started to gain traction.  Will this be the solution to help students deal with the rising cost of college, or is this just the Gordon Gecco coming out of the colleges and universities so they can become even more powerful than they are today?  Student take notice…venture debt has now hit the college campus!

If you want to set up a time to discuss your college planning needs, please go to oXYGen Financial to set up an appointment.

Great 2018 Back To School Money Moves

Buying a House Might Not be a Great Investment

Wedding Bliss On A Budget

Why I Kicked My College Graduate Out of the House

Do this with your 401(k) as the market tanks