THE PREMIERE OF A NEW DOCUMENTARY SHARES AN INSPIRING ATLANTA STORY 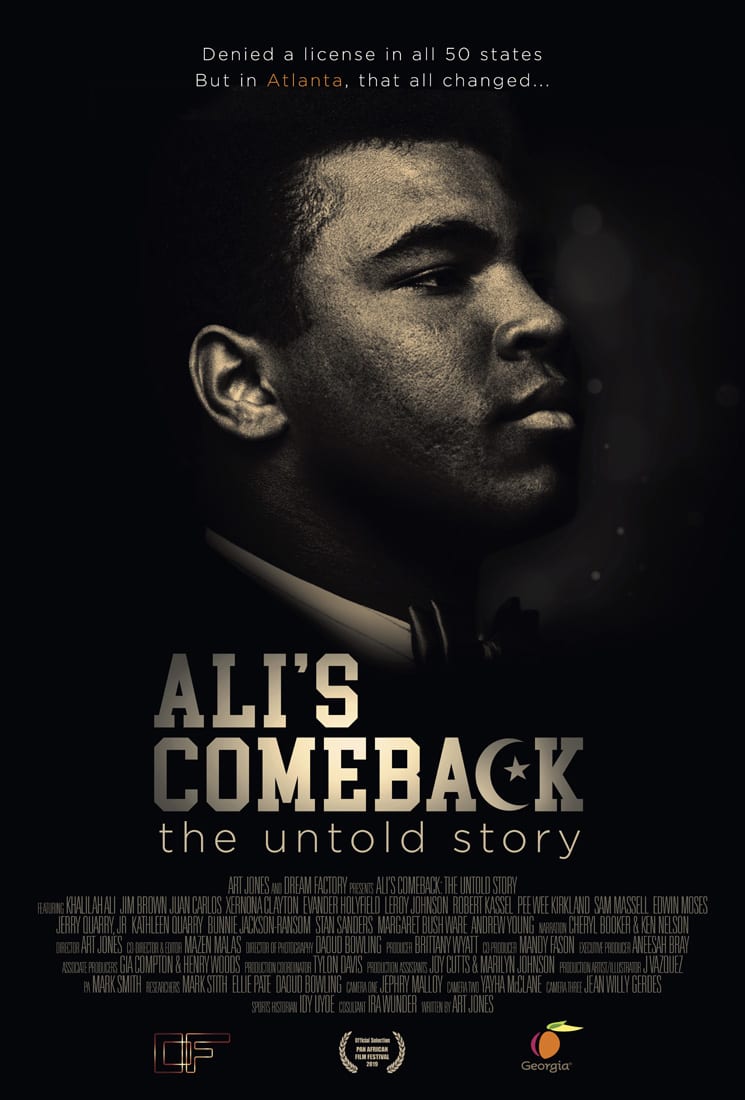 After being stripped of the world heavyweight boxing title following a conviction for draft evasion in 1967, boxer Muhammad Ali’s future was unclear. While he fought the conviction in the courts, he was banned from boxing. After three-and-a-half years away from the ring, Ali would finally be able to return to boxing.

The film Ali’s Comeback documents how a group of diverse Atlanta residents—including an enterprising white businessman, a formidable black senator and a forward-thinking Jewish mayor—came together to help Ali return to the sport he loved. Directed by local filmmaker Art Jones, the movie will make its premiere at the Atlanta History Center on Jan. 17.

“We were interested in hosting the premiere because, in part, it tells an Atlanta story that deserves to be told: how a diverse cast of Atlantans worked together behind the scenes to give Muhammad Ali the opportunity to resume his boxing career,” says Sheffield Hale, president and CEO of the Atlanta History Center. The screening will be followed by a panel discussion.