“I thought the successful, smart part of me was dead,” says Jennifer Morgan, referring to the years she devoted to being a busy stay-at-home mom. 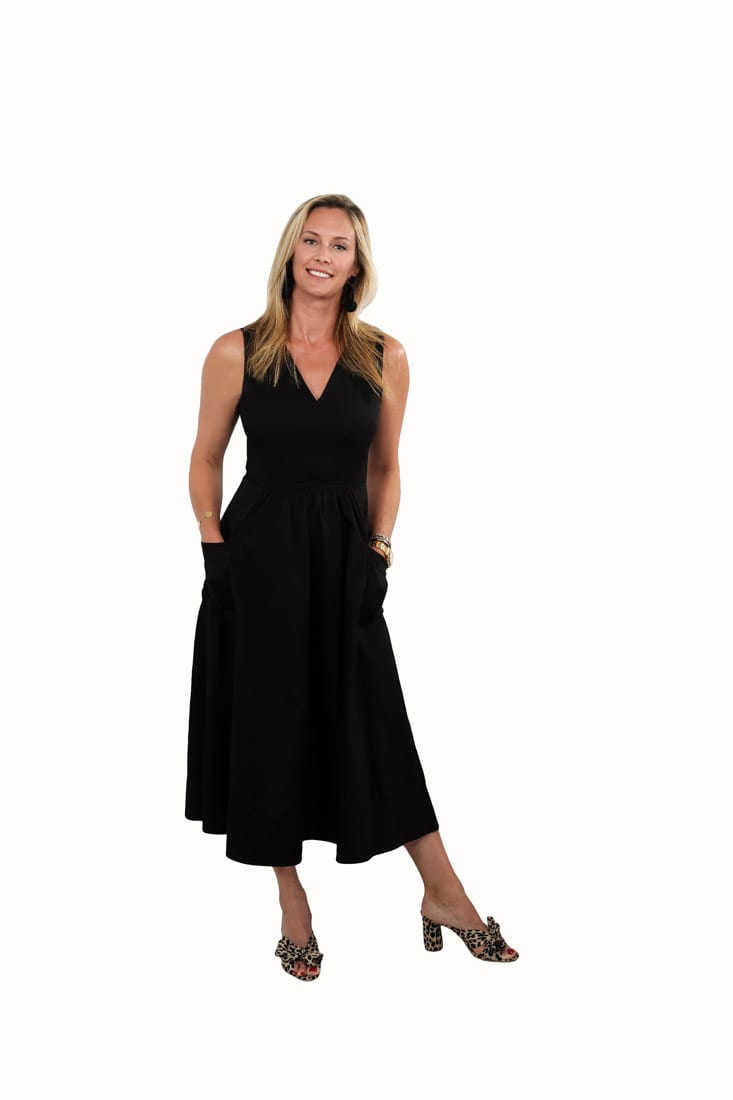 Before that, the Buckhead resident had spent seven years jet-setting around the world as a journalist and news correspondent for both CNN and NBC, reporting on everything from deadly hurricanes to the D.C. sniper trials. “I loved the research and the writing,” she says of her time in the trenches, but the lifestyle was not ideal. It meant being called on at a moment’s notice and forgoing important life events. “I missed my brother’s law school graduation,” she notes as an example. “I was on a plane, and they paged me and said, ‘There’s an outbreak of mad cow disease in Dallas.’” More than a decade and four kids later, Morgan got the idea to open a women-only co-working space in town, but never acted on it. Then, on the day of her mother’s retirement party, she decided to make it happen. “I looked at my mom, who had gone to law school in her forties with two kids and went on to work as a public defender in South Carolina, and I thought to myself, it’s not too late.” The result is Eleanor’s Place, a female-centric, members-only co-working space set to open at the corner of Northside Parkway and West Paces Ferry later this summer. ”

How did the idea for Eleanor’s Place come about?

I used to go to the old Cactus Car Wash on Piedmont Road with my duffle bag and just sit there in the quiet, with the crappy Wi-Fi, and pay bills, deal with school stuff, fill out camp registrations and make phone calls. I just needed a quiet place to get things done.

Why is there such a demand for co-working spaces these days?

In such a mobile community, we need to be able to get things done anytime, anywhere.

Where did the name Eleanor’s Place come from?

Eleanor Roosevelt is a role model of mine. It started when my mom would put quotes of hers on index cards on my vanity. My favorite is “No one can make you feel inferior without your consent.”

Tell us about the new space.

I would call it boutique. It’s your living room meets the New York Public Library— beautiful but approachable. The front area is where you can mix and mingle. They’ll be lots of bookshelves everywhere. As you move back, it gets quieter. The last third is made up of private cubicles. There’s also going to be a boardroom with state of the art audio/visual and a business center for printing, scanning, stamps and everything else they need.

Other than the fact it will be for women and members only, what will make Eleanor’s Place unique?

My goal is to build a real sense of community. I plan to have events such as Tech Tuesdays, where experts come in and talk about various topics. I also want to have a book club. I’m a big reader, so the thought of curating my own book club makes me happy. They’ll also be things such as wine tastings and game nights.

Besides Eleanor Roosevelt, who is one of your role models?

Wolf Blitzer [whom she worked with at CNN]. He is one of the sharpest men I’ve ever met.

What’s the best career advice you ever received?

Nothing is worth doing if you don’t do it well.

My secret weapon is …

My height. I think it can demand attention when I might otherwise feel ignored, especially around men. I love putting on my heels and putting my shoulders back.

The book I could read over and over is …

Help, Thanks, Wow, by Anne Lamott. I’ve read it probably seven times. No matter where I am in life, it speaks to me.

My pet peeve is …

Tardiness. It shows such a lack of respect, in my view.

Some of my favorite places in Buckhead are …

The coffee shop and bookstore in the Atlanta History Center, the trails behind The Westminster Schools and Sama for tea and avocado toast.

SOARING WITH THE ANGELS