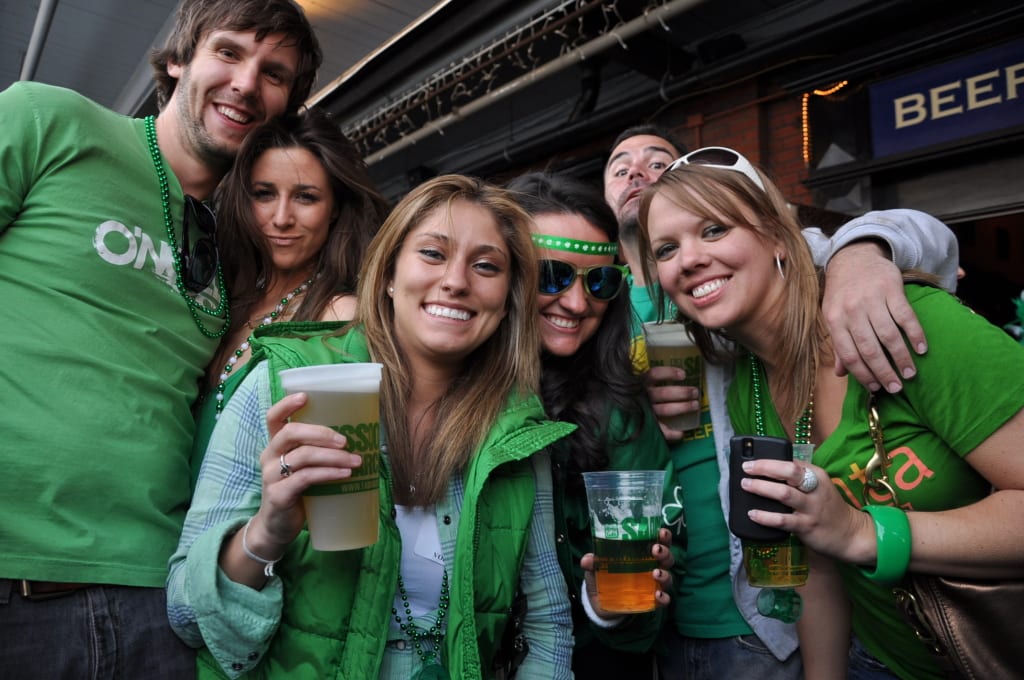 No green beer here! The fest’s organizers say their brews are “for the purists.”

If one thing can cause observers of Lent to stray from the season’s restrictions on indulgence, it’s the feast day of a saint. (That, and the promise of a few cold beers.) Designated in the seventh century, Saint Patrick’s Day honors the man who introduced Christianity to Ireland. The holiday has evolved into more of a celebration of Irishness, with traditions like wearing green, accessorizing with shamrocks and drinking Irish beer and whiskey. That said, Fadó’s annual Saint Patrick’s Day Party, now in its 19th year, offers what is arguably one of Buckhead’s most raucous festivities. Happening Saturday, March 14, the block party-style bash features bagpipers and Irish dancers from the Drake School of Irish Dance; a full bar and traditional fare, such as corned beef and cabbage, fish and chips, and shepherd’s pie made with grass-fed beef. A lineup of live music starts at 1 p.m., including performances by local pop singer Kylie, countryrock group Josh Brannon Band, pop-rock artist Justin, and a DJ inside the pub after 9:30 p.m. Tickets are $20 and may be purchased in advance online or at the door for the same price. 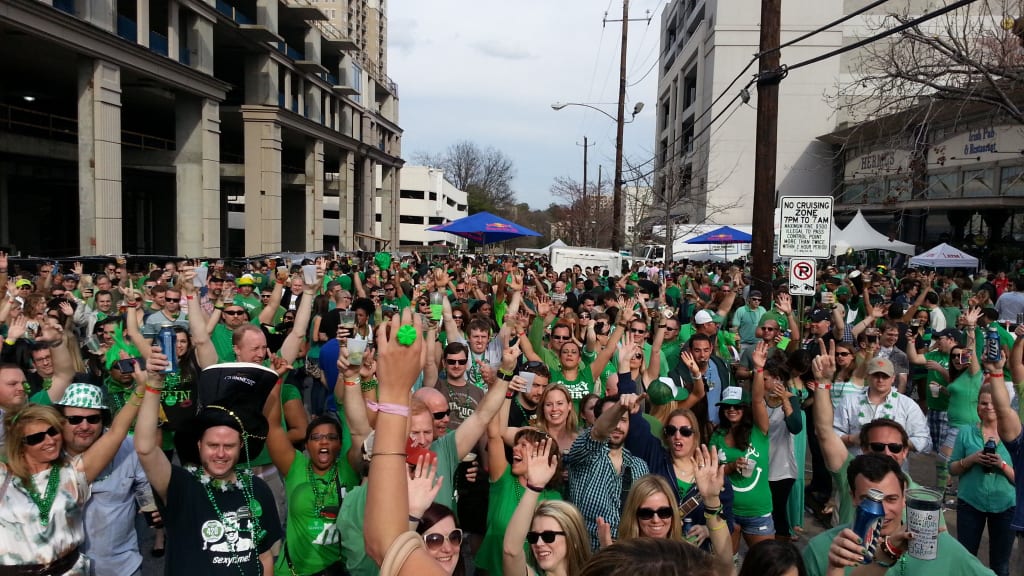 Fadó’s annual celebration has been Atlanta’s largest outdoor St. Patrick’s Day party since it started in 1996.