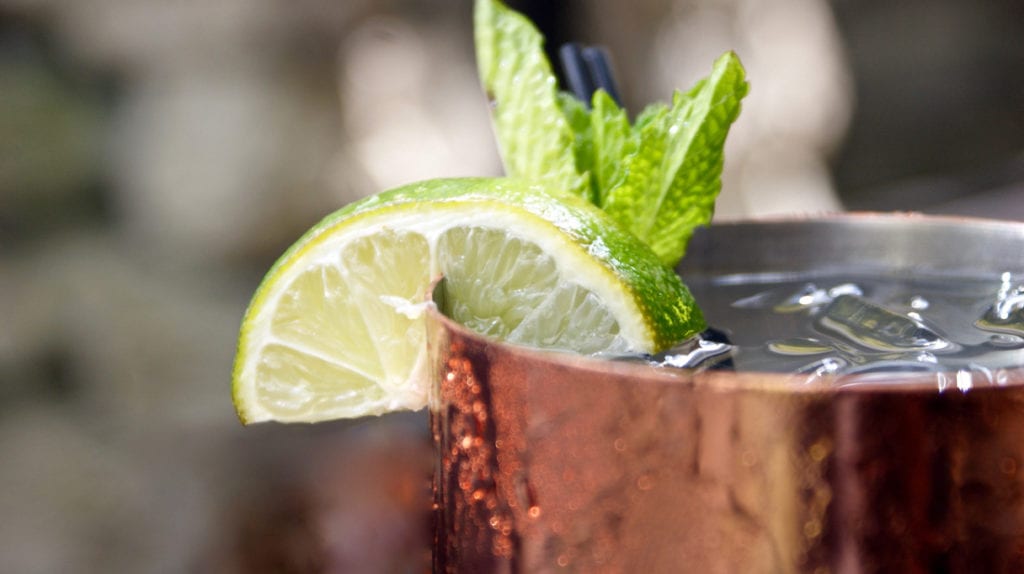 The Moscow Mule is inextricably linked to the copper mug in which it is presented. As adorable as the spicy, effervescent drink is when served inside the vintage looking vessel, it is not because copper is a superior thermal conductor. Rather, it’s served that way because of an act of serendipity.

With many classic cocktails, origins are disputed. It’s not the case for the Moscow Mule. It’s the first time a specific cocktail was used to advertise a spirit. It’s hard to believe vodka was ever a weak-selling spirit, but in the 1940’s United States, at the height of Cold War tensions with Russia, that was the case.

It went down when three people came together at Cock ’n Bull restaurant on the Sunset Strip in Los Angeles. John G. Martin of Heublein, the company that distributed Smirnoff, met with Sophie Berezinski, a Russian immigrant who arrived in 1941 with 2,000 copper mugs and a goal to sell them. Cock ’n Bull owner Jack Morgan was sitting on an overorder of ginger beer. Putting the three things together with the addition of lime juice and lime wheel garnish popularized vodka and the ubiquitous cocktail menu item known today.

The bubbly drink with a sweet and tangy kick is simple to make at home, and its versatility makes it an all-weather sipper. It’s easy to modify the drink to anyone’s preference by building upon the simple formula. Make a frozen version on sultry days or stir one up with smoky mezcal or jalapeno vodka for a heated boost.

Take clues from Buckhead-area bartenders who mingle ingredients to pair with their restaurant’s menus.

To complement a Persian menu of richly flavored kabobs and basmati rice, Rumi’s Kitchen in Sandy Springs serves up a Tehran Mule. “What makes this mule Persian is the infusion of saffron into the vodka,” says COO Stephen Kaplan. “It brings a floral character and depth to the drink that takes it a step above a regular mule, or at least we think so.” Atlanta will soon have a new Rumi’s to visit in Midtown’s Colony Square when their anticipated food hall opens next year. 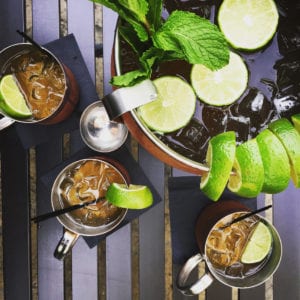 To go along with the quaint Irish vibes in the many nooks, crannies and patios at Fado Irish Pub, mixologists serve their mules in the same style, swapping out vodka for Jameson Irish Whiskey in copper cups. Their version includes Crabbie’s Alcoholic Ginger Beer from Edinburgh, which adds a little more punch with the zing. They also serve a Kentucky version with bourbon and one made with strawberries. If you come in on a Friday, bottomless mules are offered from 3 to 7 p.m. Bring some friends to the patio for a Mega Mule that comes with up to 10 copper mugs for a celebratory experience. 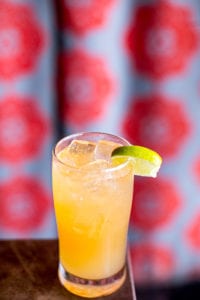 At newly renamed Buckhead Village, Gypsy Kitchen serves a menu influenced by regions throughout the Mediterranean. Just as the chefs do with their food offerings, the owners wanted to take a traditional cocktail and incorporate the hallmark spices and flavors of a place in time. “The Spice Trader is inspired by the maritime silk roads that once connected east and west,” said General Manager Ali Ebrahimi. It mixes together Elijah Craig Small Batch Bourbon, ginger beer, lime, honey, apricot and cayenne. “We transformed this classically sweeter cocktail by giving it very subtle spice and citrus notes, resulting in a unique imbibing experience.“ Take it outside on the patio for a taste trip.