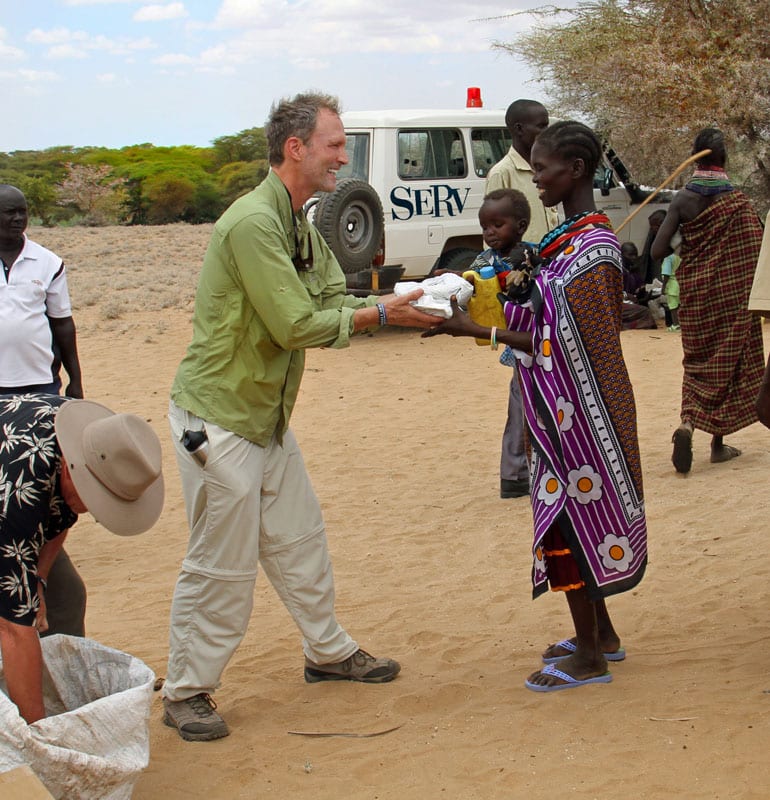 For the last three years, Brookhaven resident and former Star94 radio host Tom Sullivan has used his talents to emcee the annual SERV International Ball, a fundraising event that highlights service to others.

Sullivan went on his first SERV mission trip to the Dominican Republic in February of 2013. He became so involved that he traveled that October to Africa where SERV has established an orphanage in the remote village of Lodwar, Kenya. It houses 50 children abandoned by years of war and famine. “We’ve also provided 10 million freeze-dried meals that sustain life for a day at a cost of only 5 cents each,” he says.

The project that excites Sullivan the most is bringing clean water to an area known as “The Village of Forgotten People,” so named because it’s located 10 miles away from the only water source. “Seeing women carry heavy buckets of filthy river water daily was heartbreaking,” Sullivan says. “We vowed to drill a well.”

Thanks to Sullivan’s fundraising videos, that vow became reality. In the summer of 2015, SERV dug a well just 20 feet from where villagers prayed it would be.

“It was a thrill to be there in September just a month after the first water was pumped,” he says.

“To ensure that the water is drinkable, we also donate filters that purify 1 million gallons of water, enough to last a family up to 10 years.” Funding comes through the SERV Ball, donations and purchases at SERV Stores that sell closeout liquidations. “One hundred percent of the donations we receive go to fund SERV projects.”