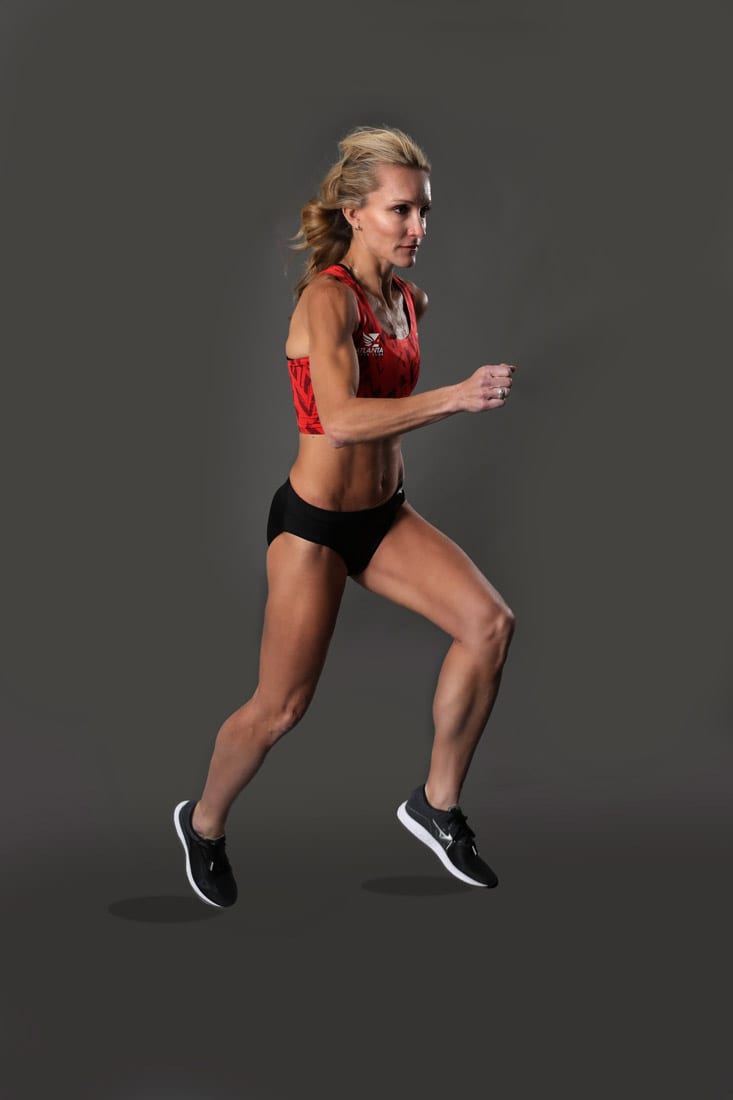 As a kid, Laurie Knowles couldn’t hit a ball or sink a bucket to save her life. “I wasn’t particularly coordinated and was an epic failure at all sorts of sports,” she laughs. “But I always knew I could run fast.”

Knowles is very fast indeed, and the longer she runs, the faster she is. The Buckhead resident has competed in some 20 marathons (she’s lost track of the number of Peachtree Road Races). In November, at age 41, Knowles won the CNO Financial Indianapolis Monumental Marathon in Indianapolis, Indiana, setting a new course record of 2:37:52. (Her personal best is 2:36:01.) But it was Knowles’ finish at the 2017 New York City Marathon that qualified her for the chance to compete for the fourth time to represent the U.S. in the Olympics.

While earning one of the three spots on the 2020 Olympic team is a long shot, admits Knowles, she’s jazzed about the trials, which will be held in Atlanta next February. “It’s just so exciting to have the trials right here in our hometown,” she says. “I want a really good performance, and I am putting in a lot of work to make that happen.”

For Knowles, running is about competing, about staying centered and about fitness, too, although she admits her eating habits leave a lot to be desired. “My diet very closely resembles that of an elf—way too much sugar and chocolate,” she says. “And coffee is definitely my vice.”

Running also has been Knowles’ connection to some of her most important relationships. She met her husband, Nathan, at the University of Arkansas, where they both ran track. (He still runs for recreation but prefers shorter distances.) Her bridesmaids were her teammates. Now, she often meets friends at Peachtree Battle or OK Cafe to run well before the sun rises. “I’ve run with the same group of women so many mornings. We spend an hour and a half talking, bouncing things off each other,” she says. “As adults, I don’t think we often make time to have a ton of meaningful relationships. Running has exposed me to people who may not have been part of my life otherwise.”

Getting the training and miles in to do well in the upcoming Olympic trials can be a little tricky these days. Knowles, who has an MBA from Georgia Tech in organizational behavior and marketing, is staying home to raise her children, 9-year-old Cooper and 4-year-old Mimi. “I think I’m more efficient with my time now,” says Knowles, who typically logs 80 miles a week. When she can’t get in the morning runs, she sticks to a route along the Chattahoochee or closer to home. “The streets of Buckhead are just so beautiful,” she says. “I feel like you can’t go wrong running anywhere around our neighborhood.”

But those runs are different from the ones pre-kids, when the miles were rewarded with leisurely breakfasts and a lot of self-indulgence. “Running is very, very important to me,” says Knowles. “But when I take my shoes off, time’s up. I put on my mom hat and go.”