It took the influence of a former High Museum of Art director to put Atlanta on Leslie Hindman’s radar. In April 2017, the head of the selfnamed auction house hired the High’s Michael Shapiro as a senior advisor, and in doing so learned that the city still had room for one more fine art and furnishings gallery.

The result is Leslie Hindman Auctioneers on Miami Circle, where Director of Business Development Mary Calhoun is gearing up for the first sale in September. The prepping of the 5,000-square-foot space has been going on since the location’s arrival was announced a year ago.

“The idea spun off after Leslie brought on Michael Shapiro in museum services and private collections,” says Calhoun, who previously spent eight years at Sotheby’s in New York. “We realized that in the seven-state region of the Southeast, there’s a real lack of high-end, international auction houses.” 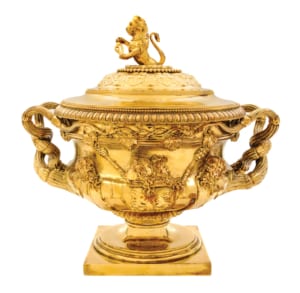 The Atlanta outpost joins the company’s eight regional U.S. locations that, in total, host more than 60 auctions each year. Calhoun is aiming to have about six auctions in Atlanta that will showcase a range of furniture, decor and art.

“As a company, we have specialists in every category—jewelry, Asian art, coins,” says Calhoun. “But in Atlanta, our sales will be more general. And we’re open for business now and are accepting property.”

Calhoun has been working with local decorators who may have an odd piece they can’t place and with individuals ready to refresh their surroundings.

“We have a lot of clients who want to change their collections or who have something they don’t want to hang on to,” she says. “And some have things they just can’t take care of anymore. Initially, I thought a lot of that would be furniture, but we’ve gotten some beautiful art pieces as well.” 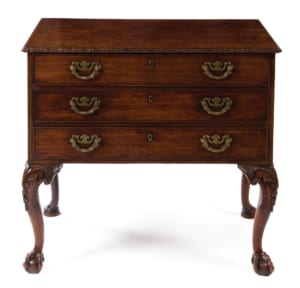 Of course, if you’re on the trail of a few fine manuscripts to round out your collection, or would love to spruce up the formal living room with a work of original Western art, Leslie Hindman Auctioneers can help with items like those as well.

“There are a lot of Western art collectors in Atlanta, and we have a center for that in Denver,” says Calhoun. “But if you have things you don’t want to ship around the country, we can sell them here. We’ve got outlets for whatever the item is, even if it’s a $50,000 emerald necklace you don’t feel comfortable wearing anymore.”

Working with Calhoun as consignment manager is Lelia Williamson, a veteran of Buckhead’s Ahlers & Ogletree Auction Gallery and similar companies in New Jersey and New York. She also worked as a curatorial assistant at the High Museum. She and Calhoun are currently accepting consignments of fine art, jewelry, books, furniture, decorative arts and more. 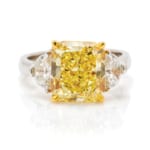