Actor Trae Romano dishes about the second season of “Stargirl”. 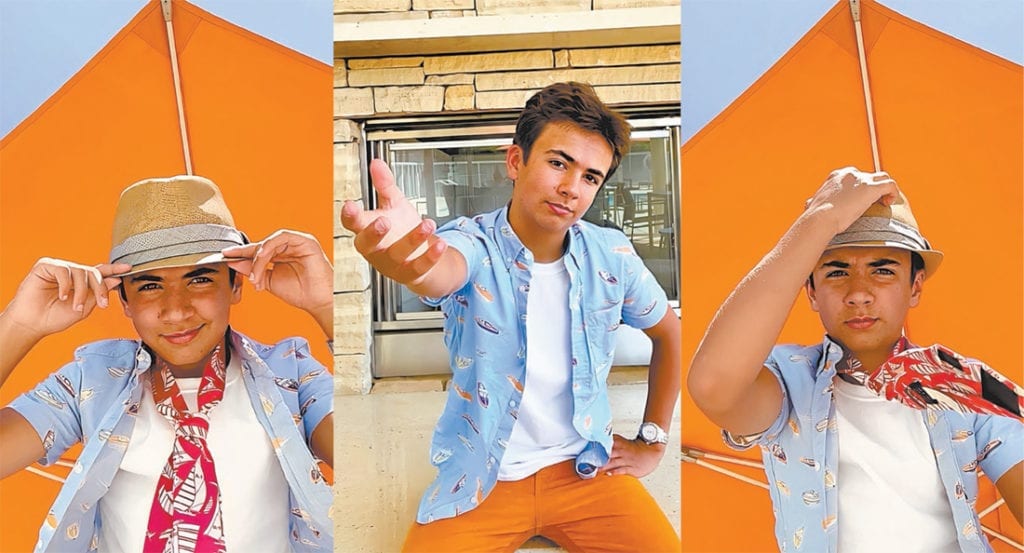 Buckhead’s Trae Romano, 16, says viewers can expect “a really dramatic, gritty, great season that a lot of people wouldn’t expect from a superhero show” on the second season of the CW’s “Stargirl.” Filmed at Atlanta Industrial Parkway, the show will air in August. “Warner Brothers bought a bunch of different factories on this little lot, and we film there. We have all these cool sets.”

“Stargirl,” which premiered in May 2020 (Season 1 is available on HBO Max), follows the lives of the Dugans and Whitmores, a blended family who start over in Blue Valley, Nebraska. Romano is Mike Dugan, the stepbrother of Stargirl (aka Courtney Whitmore, played by Brec Bassinger); son of Pat Dugan, played by Luke Wilson; and stepson of Barbara Whitmore, portrayed by Amy Smart. “We’re kinda in this split household. There’s a lot of tension, something a lot of people deal with having a stepfamily. I’m usually stepping on Stargirl’s toes. It essentially explores the new and old generations of this old superhero team that’s not really touched upon in a lot of the big superhero movies and TV shows. It’s the JSA [Justice Society of America], before the Justice League.”

This season features a notable character arc for Mike, who sets out to create his own legacy. It allowed Romano to dive deeper into his character and to film more scenes with the entire cast. And each character has its own episode. “I’m really blessed to be playing Mike because it’s a character that could be morphed into anything as seasons go on. Knock on wood,” he says.

Since this is Romano’s first TV series, he has been learning as much as he can, especially from his onscreen dad, Wilson. The two have forged a meaningful friendship and frequently bounce ideas off one another. “Luke really knows how to formulate an idea and execute it to its fullest extent,” Romano says.

Romano has enjoyed showing the cast around town in their downtime. Originally from Vinings, Romano and his family moved to Buckhead when he was 6, and it’s where they have a restaurant, Industry Tavern. Since Atlanta has become the Hollywood of the South, Romano has gotten to sleep in his own bed while filming, which is a plus for him. “It’s efficient. Never in a million years did I think I wouldn’t have to leave my house [for a role]. And I think it’s really great for a lot of people because they’re getting opened up to a great city,” he says.

Presently, Romano is homeschooling. That, combined with the pandemic’s restrictions, has pushed him to explore Buckhead more. “There’s a little park a few blocks away [from home near the Terminus buildings] that I started going to. It just made me appreciate my community so much more,” he says. On the weekends, Romano hangs with his friends at the neighborhood pool, also equipped with ping pong tables and a basketball court. The young actor is always busy working on his craft and likes to write.

“I write a lot. I write screenplays and am currently working on a few proofs of concept and have churned out a few features as well. I want to be as artistically authentic to myself when I’m creating as I can. I want to expand my horizons, whether it be writing, directing, playing guitar or anything along those lines,” Romano says.

NEW TO THE LIMELIGHT