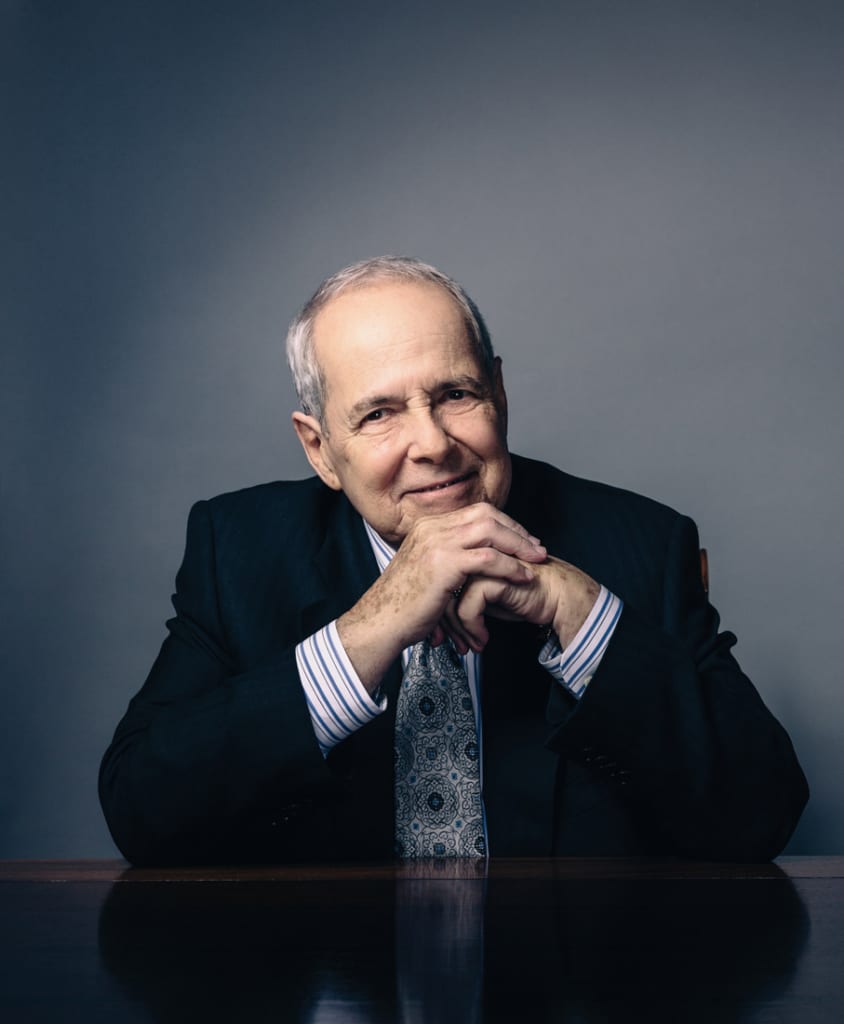 Talking to Buckhead Coalition President Sam Massell is akin to downloading a living history book. At 90, the former Atlanta councilman and mayor, one-time commercial real estate broker and granddad of three has not only lived through some of the city’s milestones, he directed them, and he’s more than happy to share his recollections.

Remember when women working at City Hall couldn’t wear pants? Massell changed that. Imagine an Atlanta without MARTA; it was Massell who made it a reality. And if you consider it important to have a diverse city council and leadership team, you’ve got Massell to thank for creating a culture of inclusiveness.

Fortunately, those in search of a primer on Atlanta’s last several decades don’t have to trek to Massell’s Tower Place office to hear his story. A new book out this month recounts his memories, from growing up in the Emory area and working in his father’s real estate business through studying at just about every major university in town and becoming the city’s first Jewish mayor in 1970. In Play It Again, Sam: The Notable Life of Sam Massell, Atlanta’s First Minority Mayor, author Charles McNair traces Massell’s personal story as it intertwines with the history of Atlanta. And in a few cases, a bit of truth-telling was needed, says Massell.

“I’m exposing all kinds of secrets, but you have to read the book to find out,” he says with a sly chuckle. “I did it because I was told I couldn’t just do the fluff stuff. And in some cases, I wanted to get things on the record to correct perceptions, especially about the elections and race relations.”

What Massell will say is that in 1969, even after eight years as a councilman, a Jewish candidate wasn’t a sure bet to win the mayor’s seat. But against an African-American opponent, race turned out to be a bigger factor than religion. “There was a time when the city’s executive committee was white and Democratic only,” Massell says. “Four years later, the population had shifted; Atlanta’s racial mix showed a majority black. We knew things were going to change, and they should have.”

Massell credits his appointments of the city’s first black department heads as paving the way for the change that made his 1973 opponent, Maynard

Jackson, the city’s first African-American mayor. “I’m glad I could steer things toward that,” he says, adding that he also brought women into the halls of power. “In 1970, people were in shock when I appointed a woman to the city council. They asked me, in all seriousness, ‘Where is she going to go to the bathroom?’ They were just as shocked when I said women working in City Hall could wear slacks!”

The book gives the Buckhead resident and booster the chance to reflect on his other accomplishments. “Though I’m given a great deal of credit for starting MARTA—and I am proud of that—my real legacy is being mayor of a capital city that was transformed peacefully from an all white power structure to a predominately black City Hall,” he says. “And ‘peacefully’ should be in bold.” His reflections start with his experience as a 9-year-old and having his Coca-Cola stand shut down for lack of a sales permit. He also devotes significant time to his last 29 years as head of the Buckhead Coalition, a civic organization whose invited members are leading movers and shakers working together to promote the area. It’s a job he has relished, although in the beginning, the future of the city’s swankiest neighborhood wasn’t assured.

“They gave me the job for a year, I asked for three and we negotiated to two, and we’ve never reworked the contract,” he says with a laugh. One of the reasons he’s been so beloved in the job is a rule he established early on: “We don’t discuss partisan politics or zoning,” says Massell. “Imagine a group of CEOs who might be conservative Republicans with me, a liberal Democrat, discussing zoning!”

Having a chance to promote Buckhead was another major factor in Massell’s decision to spend an hour or more a week for an entire year walking down memory lane with McNair. Also in on the meetings was Massell’s wife of one year, Sandra, a longtime family friend and business associate whom he surprised everyone by marrying last September. “Sandra was really good about reminding me of things I’d forgotten,” he says. (Massell was married to his first wife, Doris, for 62 years until her death in 2015.)

“My job is marketing Buckhead, and [the book] was another opportunity to do that,” he says. “I remember when we broke ground on Tower Place in 1973, and we didn’t think anything would top it. Now from the top, 29th floor of the building, I look out at the 50-story Sovereign building, as well as apartments, office buildings and condos. We have had almost 16,000 rental units in various stages of development in Buckhead just in the last five years, and they’re bringing in a whole new profile of young people. Just look at the Atlanta Tech Village. They write on the walls, have desks with no drawers and think outside the box. That’s tomorrow’s leadership in Buckhead.”

Despite his longevity, don’t count on Massell giving up his role as an active civic and business leader any time soon. When the word “retirement” comes up, he playfully retorts, “Don’t talk dirty to me! I’m still getting a lot of work done. I’m in the fourth quarter, and I’m going to enjoy it and go into overtime.”

Apparently, the only way Massell plans to leave Buckhead is feet first. Even then, he’d prefer his final resting place to be in Buckhead. “If they had a commercial cemetery here,” he says, “that’s where I’d be.”

Sam Massell will discuss his story at the following appearances and signings: