STAND-UP IS A SIDE GIG FOR MORTGAGE BANKER KEVIN DWYER 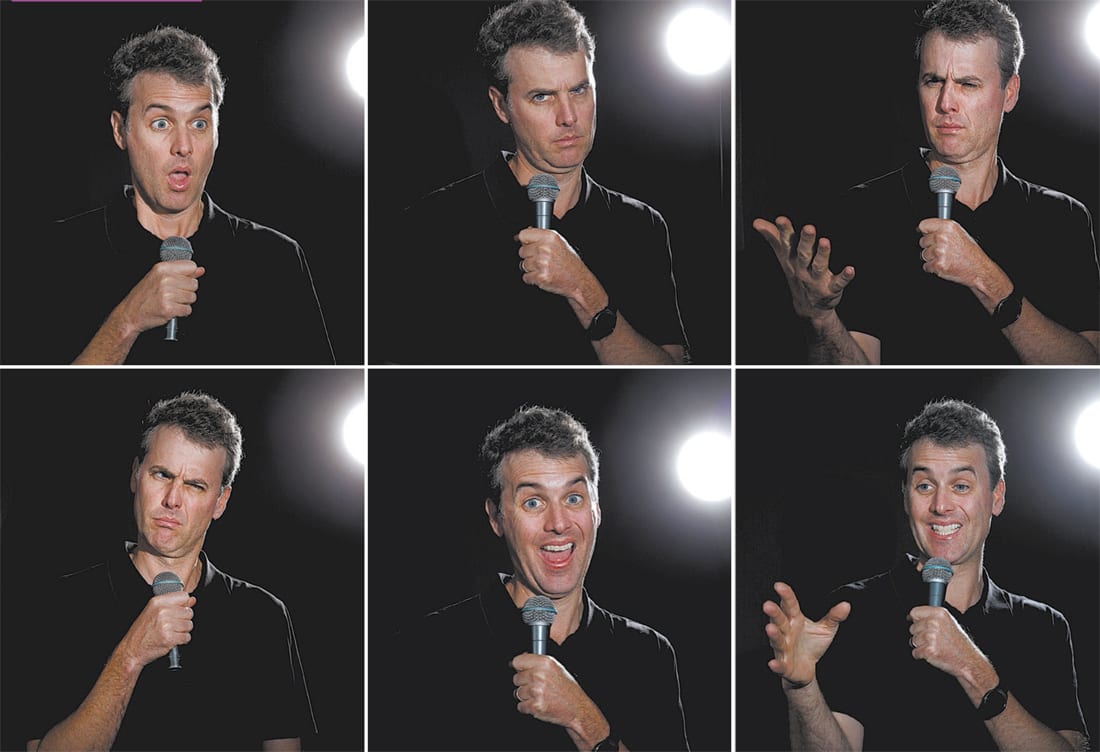 Interest rates, property values and down payments don’t build the laughs of many Saturday Night Live skits, but mortgage banker Kevin Dwyer has crafted a comfortable home in the comedy world. “There’s a lot of humor in mortgages,” jokes the 44-year-old Brookhaven resident.

The lifelong Atlantan poured the foundation for his double life early in the new millennium. In 2002, he switched from selling software and technology to originating home loans, which he now does for CenterState Bank in Buckhead. In August 2004, he married Dawn, whom he met at a friend’s wedding. In between, he took a six-week comedy course and made his standup debut at The Punchline on Roswell Road. He drew on the upheaval in his life for one of his first bits: “I got a new job. I’m engaged. And I still live with my parents.”

Dwyer grew up with divorced parents: an ex-Marine lawyer dad and an artist mom. “They were an interesting match,” he says. “The Catholic family ended up bringing a lot of comedy. I don’t even really have to write jokes.” Dwyer loved Eddie Murphy and later Chris Farley on SNL, and admires Chris Rock and Dave Chappelle. But as a comedian who avoids dirty material, Dwyer cites Jeff Foxworthy, Jerry Seinfeld and Jim Gaffigan as influences.

He doesn’t perform as often as in the days when he did sets every weekend at clubs such as the Laughing Skull Lounge, whose owner, Marshall Chiles, he met when Dwyer won an “Atlanta’s Funniest” contest there in 2008. He’s earned as much as $2,500 for a half-hour of comedy at corporate gigs and has thrived on such stages as the Hollywood Improv and The Ice House in Pasadena, California. But even one of his successes almost a decade ago—five nights of 45-minute sets opening for a headliner in Florida—exposed the unfunny and lonely side of comedy. “They put you at a fancy hotel like a Best Western and give you dinner. There’s not a lot of money in the comedy world at that stage,” says Dwyer. He recalls the headliner saying, “I’m just going to smoke a bunch of weed and go fish today, so I’ll see you.”

Dwyer never seriously considered comedy as a career, even during the housing meltdown of 2008 and 2009, which was doubly disastrous for the Dwyers because Dawn is a real estate closing lawyer. Besides, “the $50 a night wasn’t paying a lot of bills.”

Dwyer emphasizes self-deprecating humor—he boasts of owning an electric car, only to confess it’s a Nissan Leaf, not a Tesla. That approach helps when jokes bomb: He just dives deeper into self-criticism and laughs at himself. “You really have to love stand-up comedy to fight through those years of asking yourself ‘What am I doing?’” he says.

The nervousness of waiting to be called onstage, the rush of getting those first laughs and the thrill of developing material keep Dwyer doing stand-up. “If I go watch comedy, I’ve got to get back out there,” he says. “I’ve got to get the juices flowing.” He keeps those juices flowing by working with Chiles’ company Humor Wins, which brings humor to the corporate world through team-building sessions, comedy workshops and industry-themed shows. When Humor Wins ran “Atlanta’s Funniest Real Estate Agent” in 2018, Dwyer featured work observations in his set, just as he tries to deploy humor at work. “Part of my goal is to bring more laughter into the world,” he says.

You can find some of Kevin Dwyer’s stand-up routines on YouTube.