A new gallery showcases art done off the clock 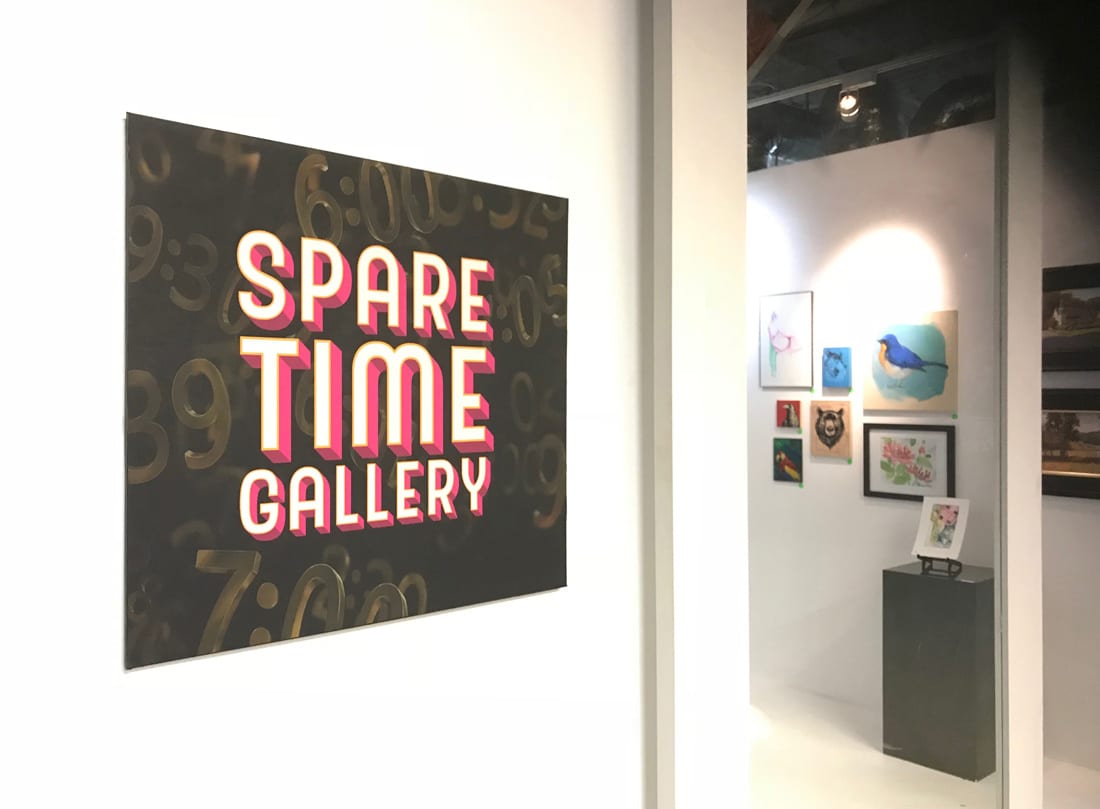 So many creative folks tell the same tale: They spend all day plying their trades, and by the time evening rolls around, they have no energy left for personal artistic pursuits. But ask about the work that gets them excited, and it’s often what they do off the clock that they find the most invigorating and rewarding.

Too often, though, these sparetime projects are known only to close friends and family. Artists who draw little illustrations on their kids’ lunch packs and graphic designers who create murals on walls don’t always have a way to showcase their works. But several months ago, the opening of the Spare Time Gallery in Buckhead gave them a place to display their after-hours talents. 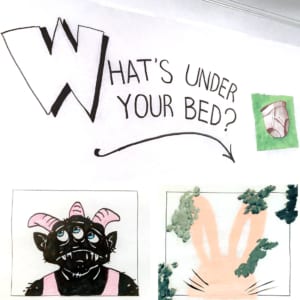 The gallery is housed at the Bennett Street outpost of the Miami Ad School, an institution offering programs in advertising and other creative fields that was founded by Pippa Seichrist and her husband, Ron. The concept for Spare Time came from the projects the couple devoted their time to when they weren’t running the school. “Both of us do a lot of creative things in our spare time,” says Pippa. “My two favorite things are using irregularly shaped wood or cut branches and turning them into snakes, horses and fish. I also make chairs and face jugs, like the kind that were used for moonshine, but mine have funny dog faces on them. I never did any of it to sell, and I only just started showing it about three months ago.”

Based on her experience, Pippa decided to reach out to others in the city’s creative industries, and finding people who wanted to share their primary passions wasn’t hard. “We found people in advertising, marketing, even law who are creating cool artwork in their spare time but don’t have the time to exhibit or market it,” she says. “Maybe they’re not even doing it to sell it; it’s just a passion.” 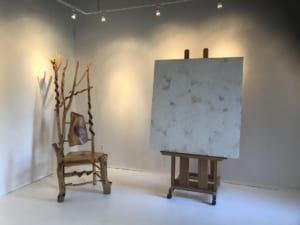 The debut exhibit in the 6,000- square-foot space featured a few hundred works, including Pippa’s chairs, mounted monster heads, traditional paintings and a giant comic book series, and all of them brought surprised reactions from gallery visitors. “They had no idea what their co-workers were doing,” says Pippa. “One woman said, ‘I hang out every day with these people and had no idea they were creating things in their spare time.’”

But the gallery isn’t just about looking. Pippa aspires to bring out the inner artist in everyone who comes through the door. On the night Spare Time opened, about 225 people drew sketches of what was under their beds and put stickers on a wall mural to describe what they do in their off time. The current show, spotlighting the work of creative types, dancers and cheerleaders from the city’s sports teams, has oversize tables covered with paper where visitors can roll balls in paint trays and transfer the colors onto the paper.

“You can roll it across to someone on the other side to create a work of art. And the walls around the room have been drawn like a stadium full of people with blank shirts, signs and faces, so you can fill in what your fan looks like and is saying,” says Pippa. “We want to offer interactive activities at all of our shows so everyone can get to know each other and be inspired at the same time.” 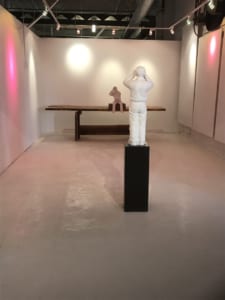 Look for upcoming exhibits to reveal what Atlanta’s interior designers and architects are doing after the office lights go out.