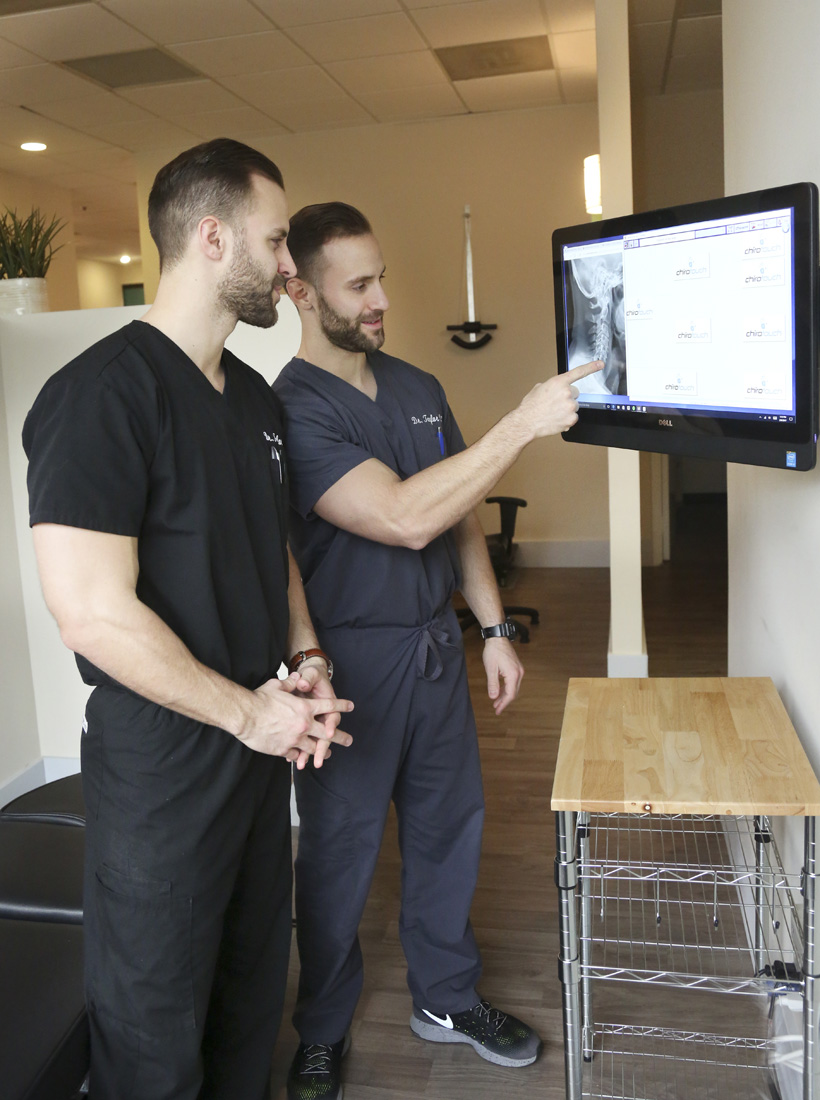 “He was born first, by 45 minutes,” says Cliff Taylor, 29, of his identical twin brother, Craig. The two have been practically inseparable ever since. Growing up, they played the same sports (tennis, basketball, baseball and lacrosse), went to the same colleges (two years at Indiana University, then graduating with biology degrees from UGA) and both became chiropractors. Both originally intended to go to medical school, but when Craig got a herniated disc that wasn’t helped by painkillers, epidural injections or physical therapy, he went to a chiropractor. “After the first adjustment, I felt a ton of relief,” he says. In 2015, they opened a joint practice, Taylor Chiropractic & Wellness, in Buckhead. They share a bachelor pad in Buckhead as well. “We’re very close, obviously,” Craig says. “We’re constantly finishing each other’s sentences and thoughts. I will be thinking of something, and then Cliff will all of a sudden start talking about it.” In their case, it’s apparent good things come in pairs.

Have you ever done the whole Parent Trap switcheroo and secretly traded places?

Craig: Our parents are pretty good about knowing who’s who, so it was hard pulling a trick on them. However, we used to switch classes and trick teachers all of the time. Even took tests for one another when we were younger. Eventually they caught on.

Physically, how can people tell you two apart?

Cliff: Craig is about two inches taller than me, which he is very proud of. Our friends say that Craig also has a more narrow and rounded face, while mine is a little longer. Other than that, we have the same haircut, and we dress alike. We even share clothes every now and then. At least we have twice the wardrobe.

Personality wise, what are your differences?

Cliff: Craig is more of the outgoing extrovert and planner. I’m an extrovert, too, but tend to just go with the flow more.

How is it working so closely together?

Craig: It has its ups and downs. The hardest part for us is treating each other as business partners and not as brothers. It’s hard not to butt heads when it comes to who’s responsible for what, but at the end of the day, what’s better in life than being able to share what you love with someone you love? Cliff: We’re both good at similar tasks and tend to think alike, which makes it harder to think outside of the box and not get frustrated with one another. However, as similar as we may be, we both have different personalities. We each have our individual strong points, which benefit the practice in different ways.

How much time out of the office do you spend together?

What’s your favorite memory related to being siblings?

Craig: Our family ski trips were always a favorite memory of mine. Cliff: I would say it’s when we went skydiving together. However, we always get a kick out of walking around together and being asked the question, “Are you guys twins?” This happens about once a day. Half of the time we say no and see what reaction we get.