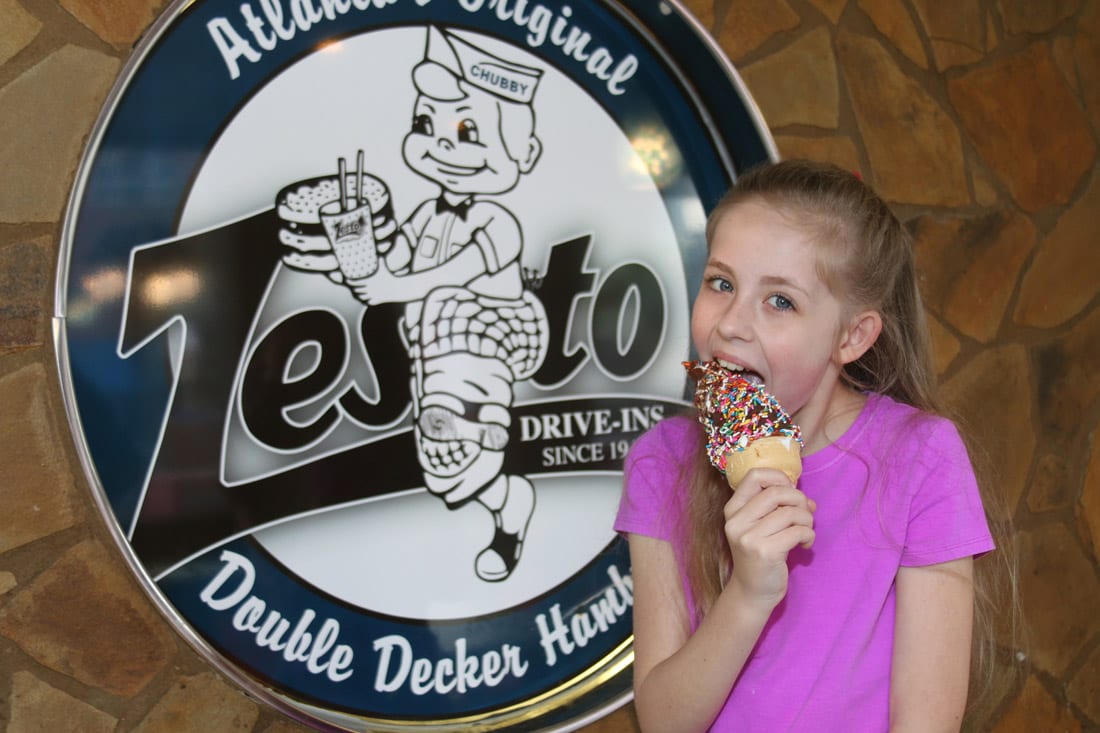 A fixture on Piedmont Road in Buckhead since opening 70 years ago, Zesto Atlanta began its legacy with a menu comprised exclusively of soft-serve ice cream that was designed to compete with Dairy Queen. In the mid-1950s, as a move to boost sales, owner John Livaditis added hamburgers as an option and began selling Christmas trees in the parking lot during the winter (an operation Atlantans now recognize as Big John’s Christmas Trees). Four additional locations and an even more diverse menu later, Zesto has become a longstanding Atlanta destination, known for its classic comfort food.

“Step into any Zesto and you’ll notice we’re not a cookie cutter or corporate environment,” says John’s son, Jimbo, who now owns Zesto along with his wife, Leigh Ann Livaditis. “We’ve stayed true to our roots from 1949, serving real ice cream and handmade milkshakes, malts with real fruit flavors and signature food offerings cooked to order.”

Jimbo also attributes Zesto’s enduring legacy to its ability to evolve with the times, “from walk-up windows to curb service to drive throughs,” and from serving only ice cream to experimenting with trends such as nonfat frozen yogurt. “I think a touch of nostalgia helps, too,” says Jimbo. “Where else can you get a Chubby Decker [burger], a footlong chili dog, a gyro, a banana split, chocolate malt, a Nut Brown Crown [soft serve covered in chocolate and nuts] and so much more?”

In honor of its 70th anniversary, Zesto has introduced celebratory discounts and special menu items, so stop in soon for a taste of tradition.

A Taste of Home