These arts enthusiasts are marking 50 years of marriage and philanthropy. 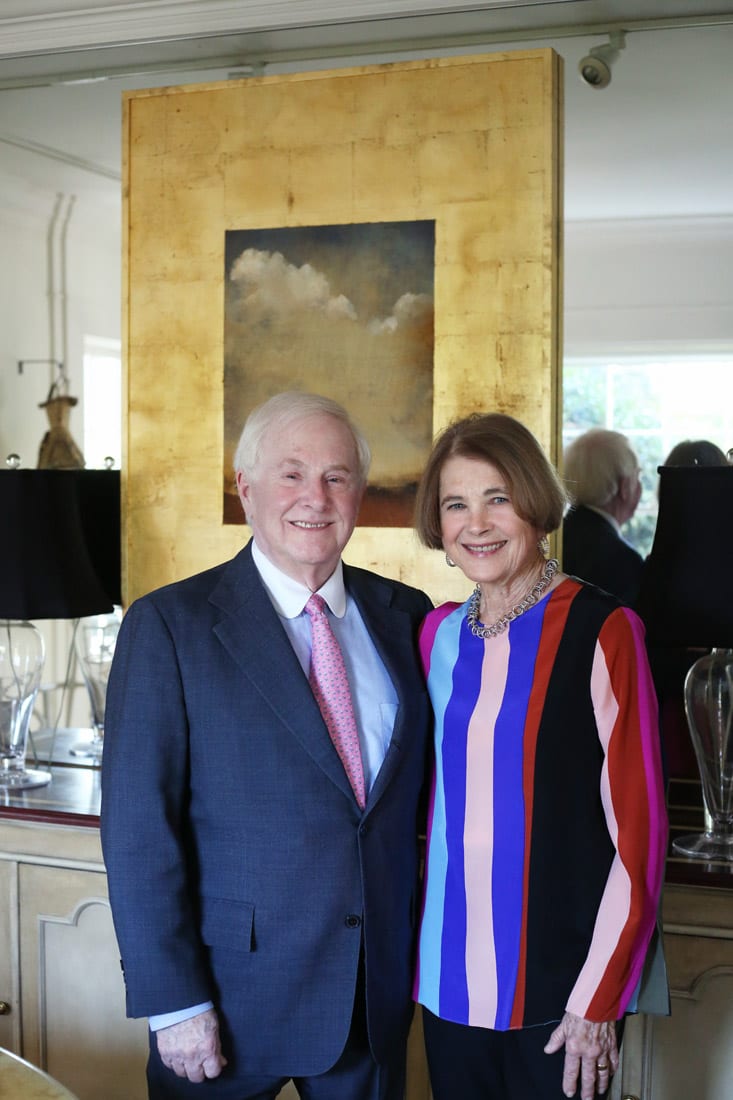 This September, Bob and Betty Edge will celebrate their 50th wedding anniversary, and while the traditional gift for that milestone is something gold, the Buckhead couple has received something even more precious: The Forward Arts Foundation recently renamed its grants for emerging artists “The Edge Award” in their honor.

The distinction is a nod to the long years of service the two have devoted to the city’s arts scene. That dedication was already established when they met in 1967, when he was a newly minted attorney from Yale law school and she had just moved to Atlanta from Columbia, South Carolina, to find a job.

“We have always loved art; we love to go out and find art,” says Bob, who practices with the law firm of Alston & Bird. “And Betty is a serious photographer. She has shown at Thomas Deans’ gallery on Miami Circle and has had shows that have been very popular. She has a different perspective on flowers. I just love her work.”

Though he gave up his devotion to piano to pursue the law, Bob admits that the decision allowed him to embrace music, dance and visual arts in a different way. “The law has allowed me to have this intense involvement,” he says. “But my interest goes back to college at UGA where [Georgia-born painter] Lamar Dodd and I became close friends. He’s the godfather of our personal interests.”

In the 1970s, Bob served on the Georgia Council for the Arts and sat on the board of the Metropolitan Opera. He’s also a past chairman of Spivey Hall on the campus of Clayton State University. Betty has been part of the High Museum board, pitched in for the Museum of Contemporary Art of Georgia (MOCA) and the public library, and taken on the role of president for the Forward Arts Foundation, a nonprofit that supports several area organizations, including the Swan Coach House Gallery on the grounds of the Atlanta History Center. And it was Betty who, in 1998, suggested the foundation focus on emerging artists as well.

“We form the framework for supporting them by having them submit works, then we get a panel of professional artists to vote on them,” says Betty. “We just go to their studios to observe and learn.”

The $2,000 to $10,000 grants the chosen artists receive were recently renamed The Edge Award. “After 20 years, Forward Arts members thought they should revamp, and one thing was changing the name,” says Betty. “And we were very honored about that.”

The pair, who have lived in the Peachtree Battle area for 45 years, are just as supportive of each other as of their artistic causes. It’s evident from their kind words, shared laughter and gentle joshing.

“I’m 80, and she’s slightly younger,” says Bob, who barely finishes the thought before his wife chimes in with, “No, I’m a lot younger. And the secret of our 50 years is that I’m very patient.”

“Well, I’ve got a different spin on that,” says Bob. “We’re blessed to share the same interests, but I think it starts with chemistry. Then you work at it. Every day.”