A local makeup artist sings a different song on stage 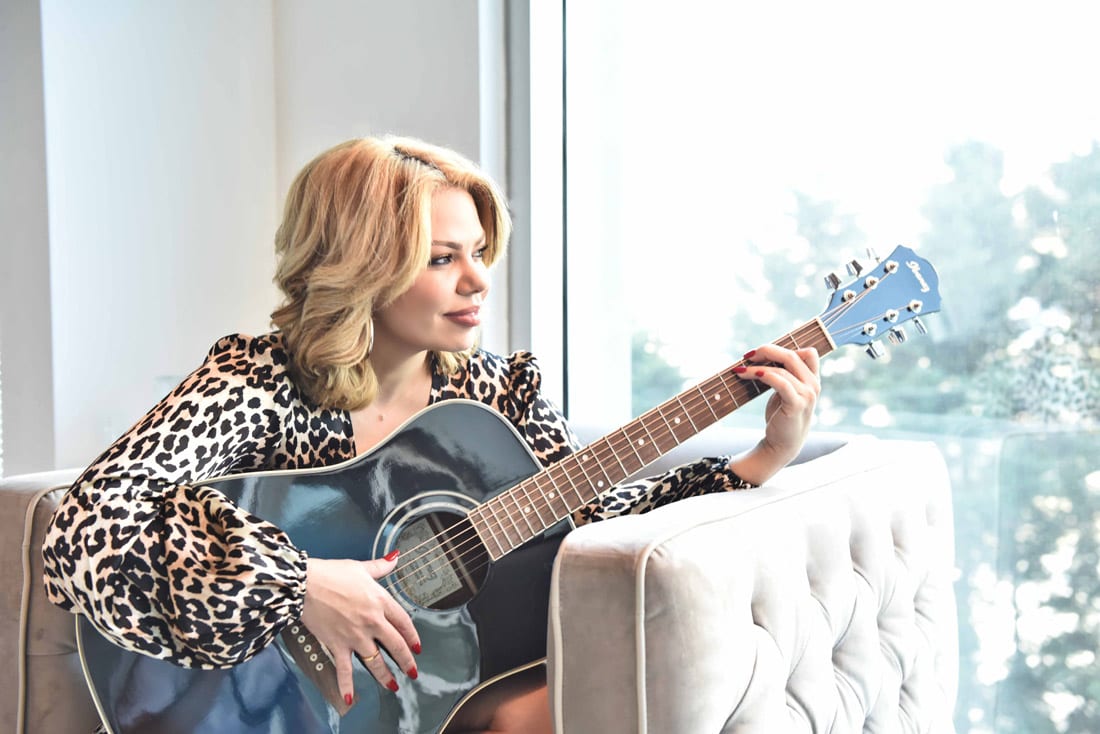 Latin jazz singer and songwriter Sarai Mateo can be found most Friday evenings and various other dates throughout the month performing at the Waldorf Astoria hotel in Buckhead, but she took a long, circuitous route to get there.

Mateo is Puerto Rican but started life in Nicaragua in 1979, just as Sandinista rebels took over the capital, Managua. “I was born there, but we had to get out suddenly,” she says. “There was a war going on, so [my parents] had to escape, because as U.S. citizens they were targets.”

Her parents were missionaries who traveled a lot in Central America, and during the course of one particular year, Mateo attended seven different schools. “Honduras wasn’t that bad,” she says, “but my dad was kidnapped. He was confused with somebody else.” Then a stint in Panama coincided with the U.S. invasion and the ouster of military dictator Manuel Noriega. Again, Mateo and her family had to leave in a hurry.

Eventually, they settled back in Puerto Rico, where the aspiring chanteuse started finding her voice. “I’ve been singing since I was 7,” says Mateo. In due course, she became a student at the Conservatory of Music of Puerto Rico and a member of the Lyric Theater at the local university as a singer and actor. “That was one of the most enjoyable times because I love acting, so to be able to act while singing was fantastic,” says Mateo. “At the Lyric, I had the opportunity to perform Zarzuela and musicals accompanied by the International Chamber Orchestra of Puerto Rico.”

Mateo has other skills, too, including painting. “I love it,” she says. “It’s liberating. I can sit and paint what I see, or I can paint what I feel. I’m the same way with music. I sing what I feel.” Painting on canvas led to painting on faces. Mateo moved to the U.S. and established herself as a makeup artist, working for Christian Dior and Tom Ford, and now runs her own freelance beauty business, The Standard, in Buckhead.

But music is where her real passion lies. During a recent set at the Waldorf, Mateo sang some of her own compositions, a few covers by the likes of Al Green and Sade, plus a version of “The Girl from Ipanema” in Portuguese. “I’m a lucky girl,” Mateo said, pointing to her two musicians—Dave Frackenpohl on guitar and Dishan Harper on upright bass—and several friends who came to show their support.

When Mateo writes a song, she says, “It’s mainly because something happened or something changed. That brings me inspiration. It could be a really good thing, or it could be a bad thing. Most of my music comes out of life experiences.”

A frequent collaborator is Edgar Vargas, from Venezuela, known as Chatai. “I met him and we connected,” says Mateo. “He showed me how to express myself more easily. He was very involved and gave me confidence.”

Several of Mateo’s newer songs, such as “Metamorphosis” and “Back to Life,” are now available on iTunes. “We are putting together a remix of ‘Back to Life’ with a video clip in honor of Puerto Rico’s Hurricane Maria recovery to create awareness and raise money,” she says. “My family was very much affected by Maria.” Mateo is also working on more new songs. “I’ve been through a lot of changes in my life lately, so it’s a good time to write.”

PUTTIN’ ON THE GLITZ