Five Things You Didn’t Know About The GOP Tax Bill 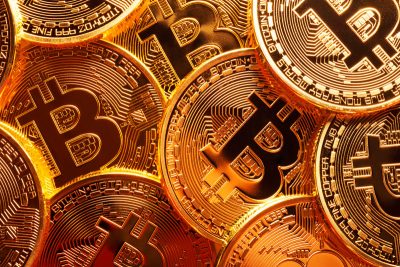 It has become clear that the new gold rush people are talking about is the Bitcoin.  The problem is that most people have no ideas what the Bitcoin is exactly, how it works, or the way that a transaction happens with this currency.  When they start talking about the Bitcoin on major TV shows like The Big Bang Theory, then you know it’s time to get educated about this kind of investment before you jump into the deep end with your portfolio.  Here is your guide on five things you need to know about the Bitcoin before you invest your money.

What Is The Bitcoin?

In the simplest of terms, the Bitcoin is a digital currency peer to peer online payment system.  It is created through something called block chain technology, but at its heart it is simply a peer to peer payment system.  What makes something like the Bitcoin unique to modern currency is that there is no central authority overseeing the Bitcoin. This means there is no backing or FDIC insurance and no central bank that is behind making the currency.  This also presents the risk of the early stages of the Bitcoin.

Why Is It So Popular Now?

There are two main reasons that the Bitcoin has become so popular as of late.  First and foremost, the Bitcoin is following the basic economic rules of supply and demand right now.  For every one seller, there is about twenty buyers and this is driving the price of the Bitcoin up in value.  In addition, there is still a massive fear amongst many people throughout the world around the collapse of modern paper currency.  Many central banks and Governments are woefully loaded down with debt, and people are concerned that the paper they are printing may be worth nothing.  The Bitcoin give people of all nations the ability to make a transaction with a currency like the Bitcoin that has the same value in every country.

Can There Be An Unlimited Amount Of Bitcoins?

In theory the answer is no, but in reality the answer is still unknown.  There are supposedly only $21,000,0000 Bitcoins available to mined and currently only $16,700,000 Bitcoins have been mined as of today according to www.blockchain.info.  You should be aware that there are many other forms of cryptocurrencies being created including some other popular ones called Ethereum, Litecoin, Namecoin, Dodgecoin, and several others. There is no predicting at this point which ones of these cryptocurrencies will be accepted in the mainstream stores.

How Do I Get Invested In The Bitcoin?

How Risky Is The Bitcoin?

Like any technology, cryptocurrency is really still in its infancy stage so you should expect the pricing to be highly volatile and speculative within your portfolio. Today, there are already over 100 different types of cryptocurrencies and nobody knows yet which currencies will be around or if they will be around at all in the future.  It is always a good idea if you are thinking about investing to make sure you invest in the Bitcoin as part of an overall diversified portfolio as they should be considered highly risky.

If you want to discuss how Bitcoins could fit into your overall portfolio, reach out to us at www.oxygenfinancial.net.

UBER Gets Into The Credit Card Game??

Five Things You Didn’t Know About The GOP Tax Bill

Buying a House Might Not be a Great Investment

Wedding Bliss On A Budget

Why I Kicked My College Graduate Out of the House

Do this with your 401(k) as the market tanks