Photographer Michael Boatright captures the beauty of Atlanta’s empty theaters during the pandemic. 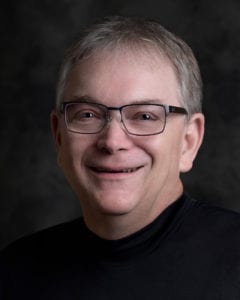 Growing up, Michael Boatright’s dad taught him photography, and his mom instilled a love of theater in their home. After graduating from Georgia Tech in 1982, Boatright worked in technology for 35 years but found his way back to photography through his daughter’s dancing and photographing her productions. He opened his Buckhead studio, Michael Boatright Photography, in 2014, producing photographs of architecture, corporate clients, landscapes, portraits and performances.

“My health has definitely improved since leaving the corporate world,” says Boatright, who has been the president of the Southeast Photographic Society for two years. “When I’m shooting in the field, I don’t feel the aches and pains in my body. I don’t worry about the world. It’s like time stands still for me.”

Unsure about what was next for his studio and inspired by a photographer friend’s images of frontline workers, Boatright began to brainstorm ways to tell the story of the pandemic through his art. His passions came together in his recent project, Dark Houses Atlanta, in which he photographed 33 Atlanta theaters that closed their doors due to the pandemic as a way to raise awareness and support.

A lightbulb moment happened when Boatright had a vision of an empty stage lit only by a ghost light. Two days later, he visited the Drama Tech stage at his alma mater and began shooting. Quickly, Boatright was connected to theaters all across Atlanta, including the Fox Theatre, Stage Door Players, Actor’s Express and Synchronicity Theatre. At the height of the project, he photographed as many as three theaters in a single day.

“I was trying to get as many as I could as fast as possible because I was afraid that some of the theaters would go out of business,” says Boatright. 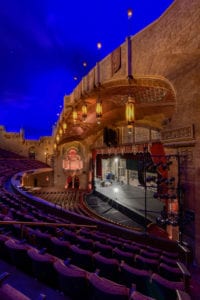 He quickly realized that his vision of the stage under ghost light did not capture the scope of the financial and artistic loss felt by Atlanta’s theater industry. Instead, Boatright felt the most impactful story he could tell was not about the stage, but the empty seats. Watching online theater performances only intensified this feeling.

“I missed the people,” says Boatright. “There is an energy in the crowd that an actor’s performance feeds off of, and it’s just wasn’t there.” His lens shifted focus to the house, and he began tracking the number of seats at every theater he photographed, hoping to put a number on the impact. Boatright estimates he photographed more than 15,000 empty seats representing a $500 million loss in ticket sales.

Boatright’s photos were most notably used by the National Independent Venues Association during Georgia-based efforts to ask lawmakers to pass the Save Our Stages bill. Passed on Dec. 15 as part of a national COVID-19 relief package, the bill provides $15 billion toward grant programs for theaters and other live performance venues, and will be a life saver for many of them.

Following the Dark Houses project, Boatright has continued to work with the arts in Atlanta. He helped execute Bodies in Motion, an outdoor performance created in tandem with dancer Keith Reeves. The two were paired through A.M. Collaborative, a program facilitated by DanceATL connecting artists of different disciplines to create new work. Boatright aided in the technical aspects of the outdoor performance featuring dancers of different styles, while also taking photographs and gathering footage for a documentary about the process that is posted on YouTube. Videography is a pivot for Boatright, and he is delighted at the chance to creatively tell stories in this medium.

“I couldn’t have predicted this pandemic and the projects it would lead me to, but I’m proud of what I’ve created,” says Boatright. “Faced with so much adversity, people aren’t standing still. You cannot stop the creativity of the human mind.”

OUT OF THE BOX