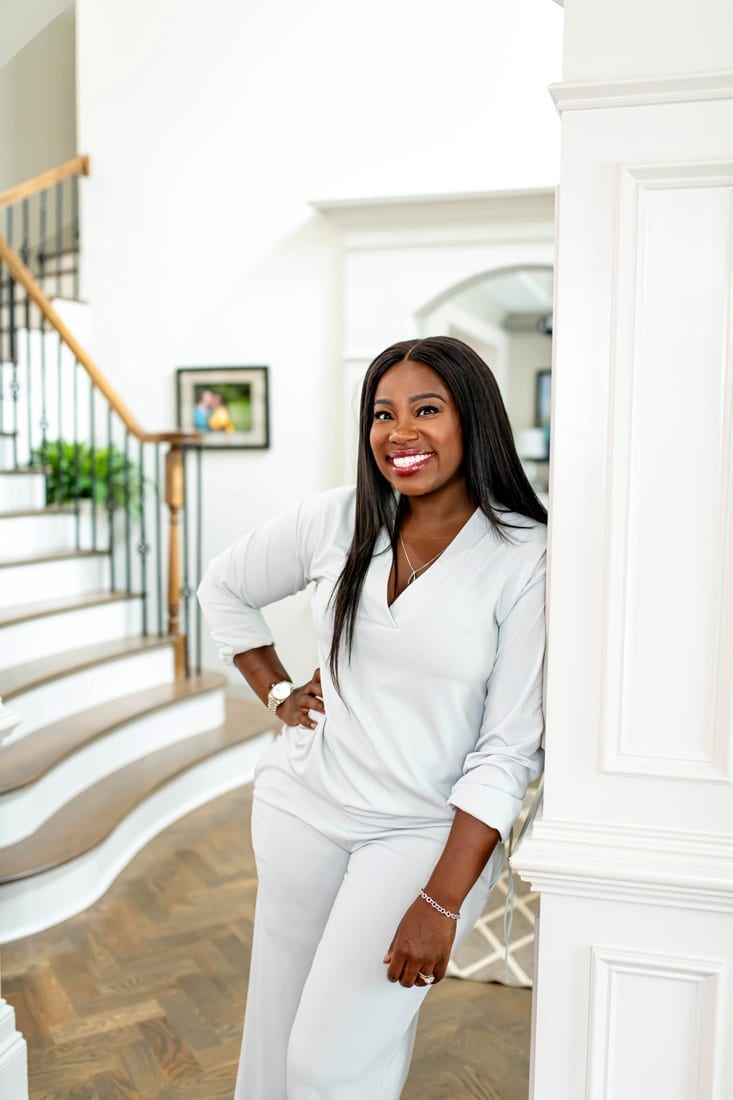 Nicole Walters, star of the new USA Network series “She’s The Boss,” is a powerhouse. While her multi-million-dollar personal development and business education company and considerable online influence earned her the show, the series focuses on Walters’ number one priority: her family.

Walters is the CEO of Inherit Learning, a company headquartered in Brookhaven that helps companies and entrepreneurs grow and build sustainable, debt-free businesses. She started a daily blog, NapturalNicole, 12 years ago to document her natural hair journey. What began as a simple source of joy for Walters outside of her corporate work kicked off her online following. Walters expanded to the live video-streaming app Periscope and began discussing entrepreneurship and parenting with her followers.

Eventually, Walters realized that she loved using the skills she learned in the corporate world to help others monetize their passions, and she quit her Fortune 500 job live on Periscope with 10,000 people watching. Since her blog’s creation, Walters has never missed a day of sharing her story online.

“We had a lot of people tuning in every day for the journey,” says Walters with a big smile. “They were finding a lot of laughs, love and inspiration in seeing me build the business and our family. The [USA Network] producers wanted to help us share our story at a bigger level.”

After noticing Walters’ online presence, USA Network’s producers reached out, pitching a reality TV show starring her family and business. Walters’ husband, Josh, a work-from home attorney, and the couple’s three adopted daughters made the decision to do the show as a unit.

“Because we adopted our girls and our family was made in an unorthodox way, we’re actually really open. I may be The Boss, but I’m not really the boss. So we all sat down and had a conversation. Each step along the way, we figured out together what we were comfortable with and established our boundaries,” Walters says.

The couple moved from Maryland two and a half years before “She’s The Boss” began filming just before the pandemic hit in the U.S., allowing the family to try new restaurants and meet people around town for the show. Once COVID-19 shut down production, they took a hiatus for the summer and returned to a quarantined set, filming almost entirely inside the Walters’ home.

“The biggest adjustment was definitely the lack of control,” says Walters. “With cameras rolling every moment, they catch the good, the bad, the funny and the ugly. But that let them capture exactly what we are like, a real American family.”

The group loves to play pranks on each other, and after getting closer to the crew and producers, they carried their antics on to the set. “Our producer was [known] for wearing pink hoodies. On one of our days of filming, we all came out wearing matching pink hoodies,” laughs Walters. “Filming was just such a fun experience, and I’m super grateful that this show is positive for our family, positive for our community and positive for Atlanta.”

As a corporate consultant, Walters found the move to Atlanta allowed her to be closer to a major airport, a key solution to spending more time with the family while also jet-setting to clients around the United States. Walters loves the environment of the Buckhead and Brookhaven areas, especially the schools and opportunities for her kids.

“Buckhead allowed me to have access to everything. I could have this great experience for my children but still live in this city of entrepreneurship,” says Walters.

Even though Walters works 12-15 hours on the average day, she takes special care to start later and enjoy mornings with her family. She only works Monday through Thursday. Walters’ family-first mentality has helped build her dream and keep her grounded.

“She’s The Boss” premiered on Feb. 25 on USA Network with a six-episode series. “People are looking to see positive television with a more diverse family, especially one that is imperfect, but still loving. I think we really nailed it.”