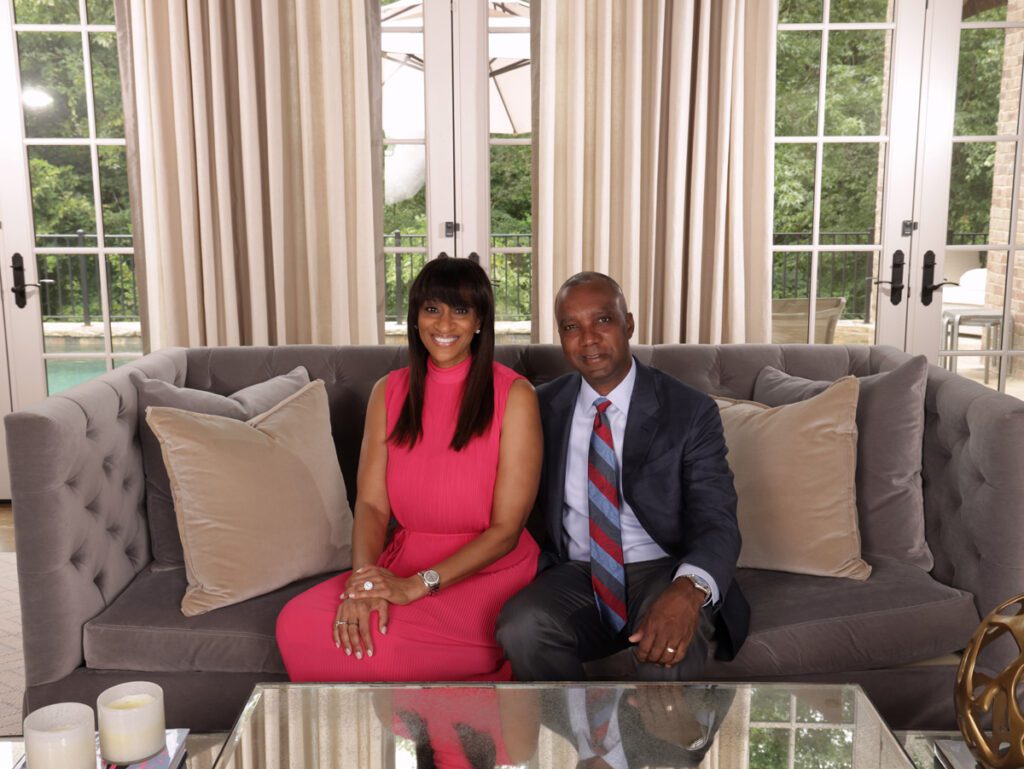 When Buckhead residents Mark and Shelly Wilson decided to launch Chime Solutions in 2016, the first thing they did was take out a map of Georgia. They pinpointed the area that had the highest unemployment rate in the state—Morrow—and chose it as the location for their new company’s inaugural call center. The husband-and-wife team then transformed a former JCPenney store in Southlake Mall into a bustling customer care center that now employs 1,500 people in the community.

“We could see the impact that it had in the community, and it was so inspirational for us,” says Mark, who serves as president and CEO. “We knew we had to spread that model to other communities around the country.”

Before starting Chime, the Wilsons already had an extraordinary amount of experience in the business process outsourcing industry, having founded call center business Ryla Teleservices in Atlanta in 2001 before selling it in 2010 in a $70 million deal. Several years later, when a former customer reached out about starting a call center for their business, Chime Solutions was born. This time, however, the couple decided to put a different spin on their approach.

“We wanted to be a bit more intentional about where we were going to focus our interests,” says Shelly, who is chief operating officer of the company. “We wanted to go into underserved communities and bring jobs to the people there. We wanted to create opportunities for those who normally would not have access to them.”

Mark agrees. “We operate by the domino effect. Once you give one person a job, it has the impact of three other jobs being created,” he says. “When money is being regenerated in the community where people live, that’s the real benefit to the entire community.”

Today, Chime, a certified minority- owned business, operates in Georgia, Texas and North Carolina, and has plans to expand into Arkansas. The company provides customized customer care solutions to Fortune 500 corporations and mid-sized companies across industries, many of which feel a connection to Chime because of the company’s dedication to supporting local communities. And within the centers, the company provides a range of jobs and a myriad of personal development opportunities for employees. Chime supports upward mobility among its employees and often promotes from within.

“We have various tracks that people can take to put themselves in a position to compete for other opportunities,” says Shelly. We have many people who started at entry level and now are in managerial positions. We really encourage that.”

What’s more, the company is home to Chime University, which offers self-development programs on topics such as homeownership. “Our goal is to try to create as many homeowners as we can,”

Mark says. “When someone achieves homeownership status and can put their children in a different environment when they’ve never had that before, that facilitates a generational impact.” Mark says Chime’s ultimate goal is to create 10,000 jobs in underserved communities across the country. However, that figure does not represent the ceiling. “The model is working, and we plan to keep expanding. The U.S. is a big place, and the talent out there deserves to be invested in,” he says. “That legacy is very important to us. We are doing the best we can to make a difference.”

Shelly says, “We are grateful to have the opportunity to use the skills we have to create opportunities for others. It’s overwhelming, and we’re excited to be where we are.”

For the Wilsons, incorporating their passion for community-building into their business was simple. They made it an integral part of Chime Solutions’ business plan. “If you have [social] programs that you want to include in your business, don’t look at them as separate special initiatives,” Mark says. “For us, the programs were fundamental to the way we wanted to run our company. For us, it was just standard operating procedure.”