Years ago, company perks might have included a polo shirt with the office logo or a monthly birthday cake for the staff. These days, more and more businesses are offering elaborate benefits, such as an on-site chef who prepares gourmet lunches for the employees or the services of a concierge who’ll get their oil changed and pick up their dry cleaning. Other perks include job sharing, in-house day care, tuition reimbursement and generous family leave programs. Smart business owners have realized that these sorts of pluses not only attract employees, they also help retain that talent, boost morale and increase workers’ job performance. 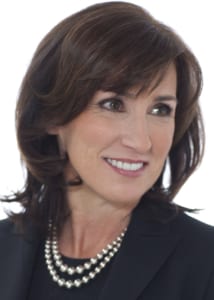 Elizabeth Cogswell Baskin, CEO and executive creative director of Sandy Springs-based Tribe, Inc., provides several such perks, including free snacks for the office and an annual fitness competition. She also hosts a yearly wine tasting just before the holidays. “Everyone brings their significant others, and we have the tasting catered,” says Baskin. “We put 12 bottles of wine in paper bags with letters on them and give everyone an entry sheet.” There are $100 cash prizes for the people who match the most wines to their clues and who correctly pick the most expensive or the cheapest wines. “We always include one really cheap one,” says Baskin, “and you’d be surprised how many times people guess it’s the most expensive and vice versa.” Another Tribe perk is the Andy Jack (named for Andrew Jackson), a $20 reward that’s handed out when employees go above and beyond on a project or in assisting a co-worker.

Oxygen Financial in Buckhead put together a fitness and nutrition challenge for its employees. The program included weekly gym visits and healthy lunches and dinners prepared for them four days a week. “The results were incredible,” says Jamie Bodner, the owner of Pinnacle Fitness, who spearheaded the initiative for Oxygen. “The winner lost 21 pounds. Now we have them on a two-day-a-week program in the morning.” Oxygen founder Ted Jenkin, a Pinnacle client for about three years, decided to bring in his team in September of 2017. “It’s not just working out your body,” says Bodner of Oxygen’s wellness push. “It’s good for morale.”

Caroline Wilbert, president of The Wilbert Group boutique PR firm in Buckhead, allows her employees to choose their own wellness programs and provides a monthly $100 stipend toward that goal. “People have used it to pay for gym memberships, buy equipment and pay for soccer leagues,” says Wilbert. “One guy used his for a creative writing class. Wellness is physical, but it’s also spiritual and emotional, and he felt he most needed a new creative outlet. In short, we support each team member’s journey, but we don’t dictate the path.”

Wilbert also has a “fun committee” that plans various events throughout the year using funds from a designated budget. “We have impromptu happy hours in the office with ping pong and cornhole, too,” she adds. “I believe strongly that we’re helping people be their best at work, which is good for the bottom line.”