Civic activist uses her voice and skills to help others 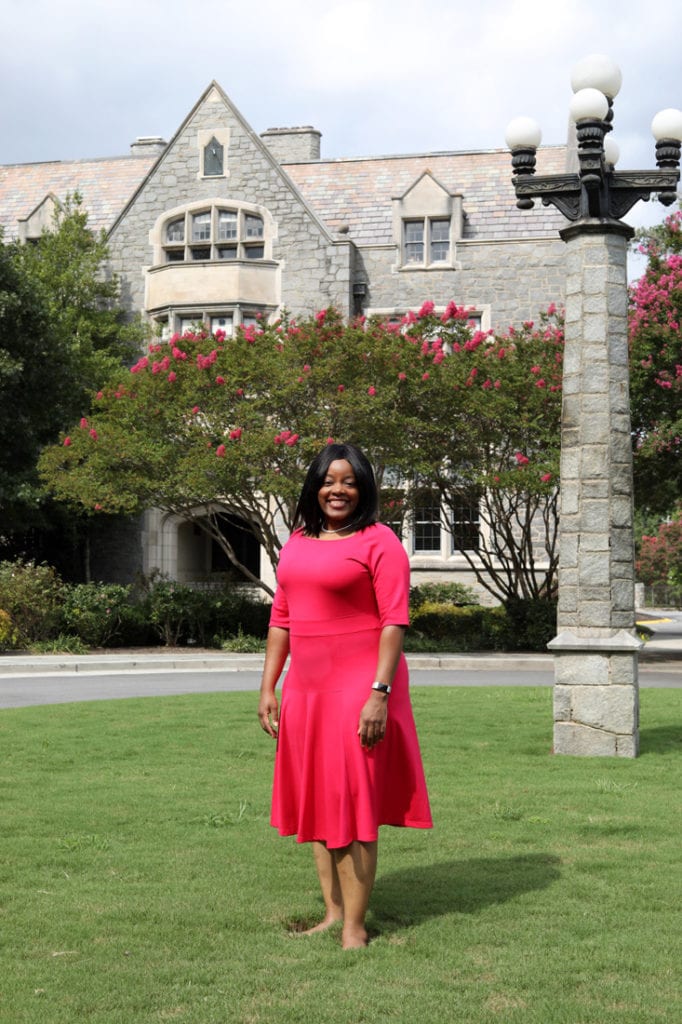 Helping others is a way of life for public policy consultant Stacey Chavis. She learned the virtues of giving back as a girl, accompanying her mother to deliver food for Meals on Wheels and raise funds for March of Dimes, and assisting her brother, who has special needs, from being born prematurely.

“Advocacy work is in my DNA,” says Chavis, a resident of Brookhaven. “Both of my parents were civil servants with the government, and I grew up watching my family volunteer in our community to help those in need. My mom used to drag me with her when I was a teenager because I didn’t fully understand then what I know now: One, you have to go and give back; and two, how very fortunate we were to be able to do so.”

She categorizes her community outreach into three buckets: women, children and families; advocacy, public policy and legislation; and service to her two alma maters, Oglethorpe University in Brookhaven, where she studied psychology and politics; and UGA School of Law, where she received her master’s degree.

“I am passionate about the fight against human trafficking; literacy and education; women running for elected office; and passing good laws for Georgia’s families,” says Chavis, who serves on the boards of the United Way of Greater Atlanta, Prevent Child Abuse Georgia, Junior Leagues of Georgia State Public Affairs Committee and Voices for Georgia’s Children, to name just a few.

Her professional and personal pursuits are a package deal. As managing director of Campaigns Academy, a company she founded 10 years ago, Chavis provides a variety of services, from political leadership training to legislative representation.

“I love what I do. I juggle lots of balls in the air,” says Chavis, who has successfully run hundreds of campaigns and raised millions of dollars in the process.

In the meantime, she’s accomplished other amazing things. On the front lines in the fight against human trafficking in Atlanta (documented as one of the top hubs in the country), she worked to pass three bills in the Georgia General Assembly, including the hotline bill that places the human trafficking 1-800 number in bathrooms and buildings so victims can seek assistance.

Rallying with more than 20 organizations to stop the sexual exploitation of Georgia minors, she played an instrumental role in the passage of Rachel’s Law and the Safe Harbor Constitutional Amendment, which provides stronger protection for victims and punishment for criminals.

“We have made positive progress and continue to fight to save children and young adults,” says Chavis, who initially got involved through her church, The Ray of Hope Christian Church in Decatur, then amped up efforts through the Junior League of Atlanta and UWGA.

“I have committed my life to causes that are bigger than me. My Christian faith calls me to use my voice for those who cannot speak for themselves,” she says, adding that caring for her brother has been a catalyst. “My advocate’s heart comes from being a big sister and wanting to protect him.”

A native of Mauldin, South Carolina, Chavis moved to Atlanta to attend Oglethorpe and fell in love with the city’s rich history and diversity. Getting political was a given for someone long schooled in civic duty. Her great-grandmother, despite being a property owner, wasn’t allowed to vote until she was in her 60s.

Her grandmother attended the March on Washington in 1963, as Martin Luther King, Jr. delivered his historic “I Have a Dream” speech. The year before, both her grandmother and mother were at Emanuel AME Church in Charleston when King urged congregants to register to vote.

“I am constantly seeking out opportunities to do good,” she says. “I work so I can be a professional volunteer.”

Though the pandemic has curtailed her travel schedule (and, unfortunately, a planned trip to Africa), she’s relished the extra downtime to recharge, from catching up on Netflix and reading biographies and business books to exercising with kettlebells and baking cookies for family and friends. “They keep encouraging me to open a bakery,” says Chavis, who is already busy making to-do lists for 2021.