A few months ago, the city of Brookhaven reopened Skyland Park next to its former site on Skyland Drive. 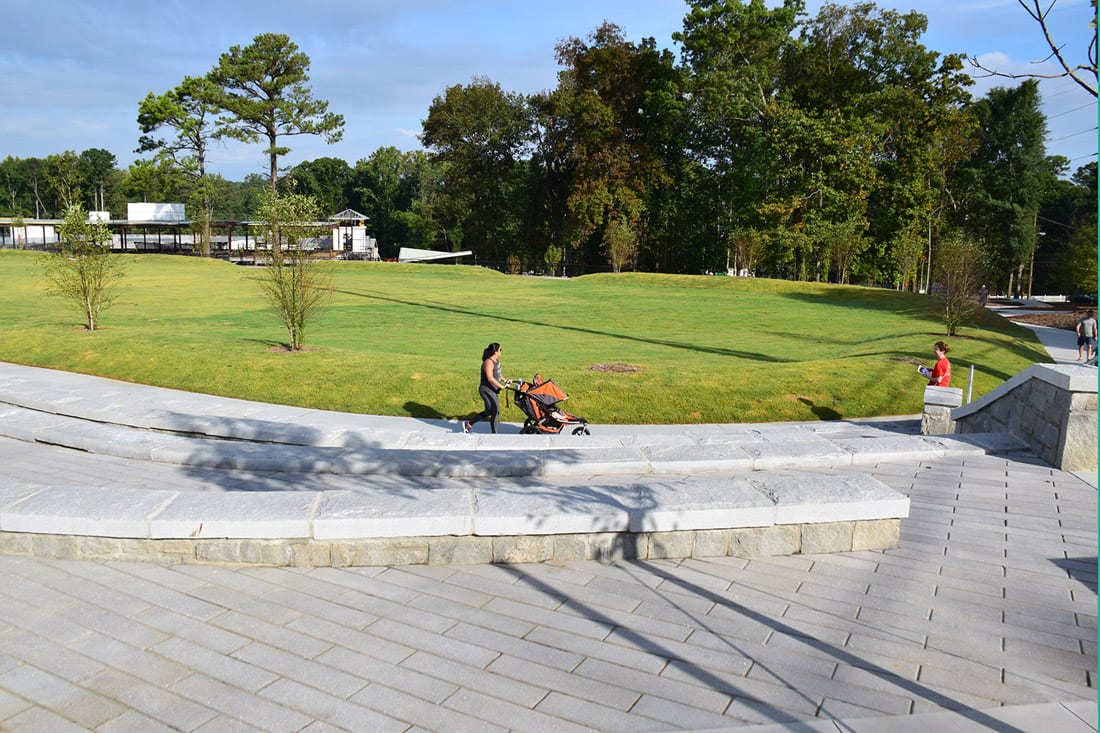 Essentially, the city and the DeKalb County School District swapped parcels of land so the school system could build a new elementary school. Brookhaven received $4.75 million in the deal, which helped pay for the revamp of the park, and any remaining balance will go toward the purchase of new park space elsewhere in the city.

Skyland offers a lot to enjoy, including amenities not found in the city’s 13 other parks, such as a pair of sand volleyball courts and a charging station for electric cars. Other features are a playing field, shaded playground, hammock area, granite seating wall overlooking the green space, as well as a new picnic shelter, restrooms and table and benches. Within the park, canine owners will find two separate areas for large and small dogs. In addition, visitors can charge their phones and other electronic devices at two canopied structures powered by built-in solar panels.