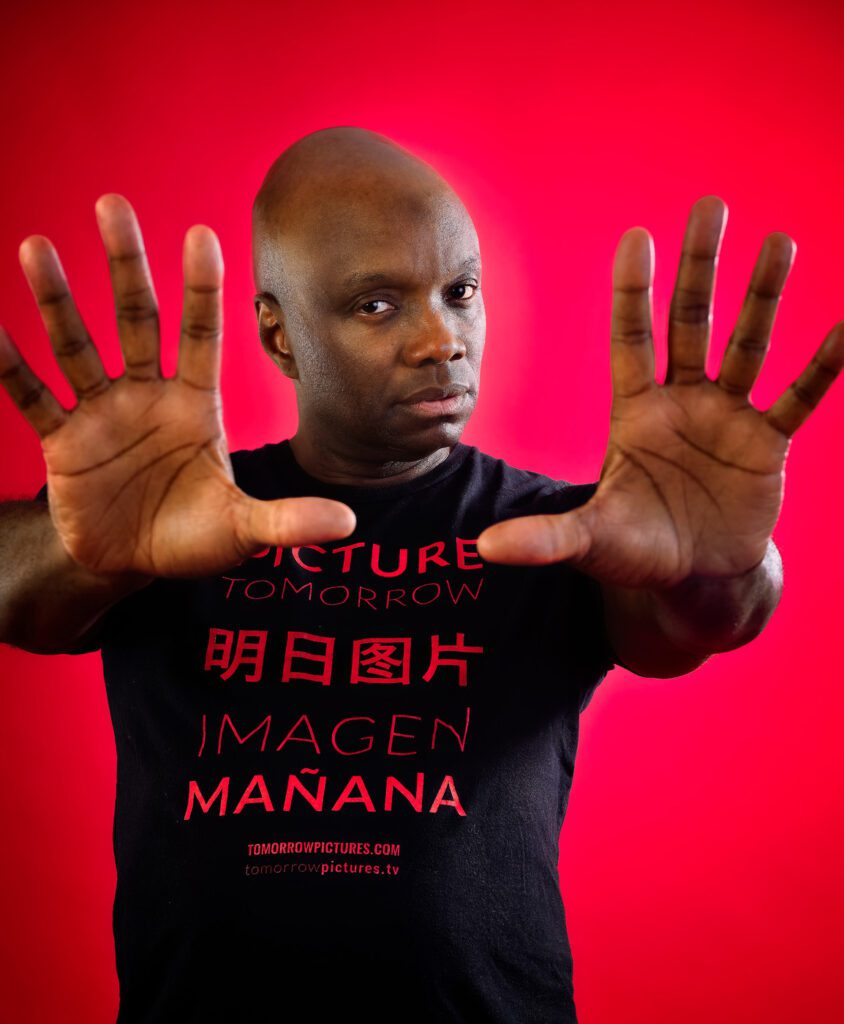 Buckhead-based filmmaker Fr3deR1ck Taylor has an unusually spelled first name. It’s pronounced like the typical Frederick, but that’s where typical ends. To set himself apart, Taylor changed his given first name’s spelling more than 20 years ago by twisting it around an alphanumeric code. That change also created search engine gold. “It always comes up first wherever you search all over the world instead of being logjammed with a lot of Frederick Taylors, including an NFL running back with that name.”

Taylor has been setting himself apart since he formed his own company in 1994. Last year, he won an Emmy for a documentary about Atlanta’s LGBTQ dance scene, a film that was featured at the Atlanta Film Festival in April. Here, he shares his background and current projects.

What were you doing before launching your company, Tomorrow Pictures?

I studied filmmaking at Temple [University] where I learned production, writing, lighting and high concepts such as how film works beyond the trappings of society and culture. The faculty was really interested in your finding your own voice, and that has served me well for a long time. Then in graduate school at Georgia State, I was doing television, but I was also working on films. I was a camera assistant on Driving Miss Daisy. So I had an understanding of both mediums, and that helps me immeasurably when working with clients.

How did those experiences lead to being an independent filmmaker?

At GSU, I started working with music artists. That helped establish me. I started working for record labels and interesting artists like Arrested Development, OutKast and T-Boz. Then I began doing corporate videos [before going] out on my own. I called my production company Tomorrow Pictures because the future is going to be images and pictures that are eclectic, diverse and gender-balanced.

Who are your clients these days?

They range from Rotary International to [Children’s Healthcare of Atlanta]. Before the pandemic, I was helping the King Center with a nonviolence campaign. I’ve partnered with the World Health Organization to make videos about the importance of vaccines. Talk about your latest venture with the Community Foundation for Greater Atlanta. They brought us in to build their image and create greater awareness of their work through their TogetherATL campaign. The idea of bringing people together is very important to me, as is creating content that inspires youth to be their best selves. The campaign will have videos and music, including an original song we wrote, that they can share and download.

But you also take on your own projects, too.

Yes, I’ve done documentaries about HIV in eastern Europe, about kids trying to get bicycles in Zambia so they can get to school on time, about finding homes for children in the Himalayas and a woman running a hospital in Peru. I’ve shot all over the world except the two poles.

What’s the most surprising thing people may not know about you?

That I sit on the board of governors for the Buckhead Club. I’ve done that for several years and am one of the few people of color. I was invited there by another person of color, and I kind of liked it, even though it was outside my comfort zone. At first I was the smart talking guy with the funny northeastern accent. But now I’m wearing a shirt and blazer and hanging out with people in the business sector.