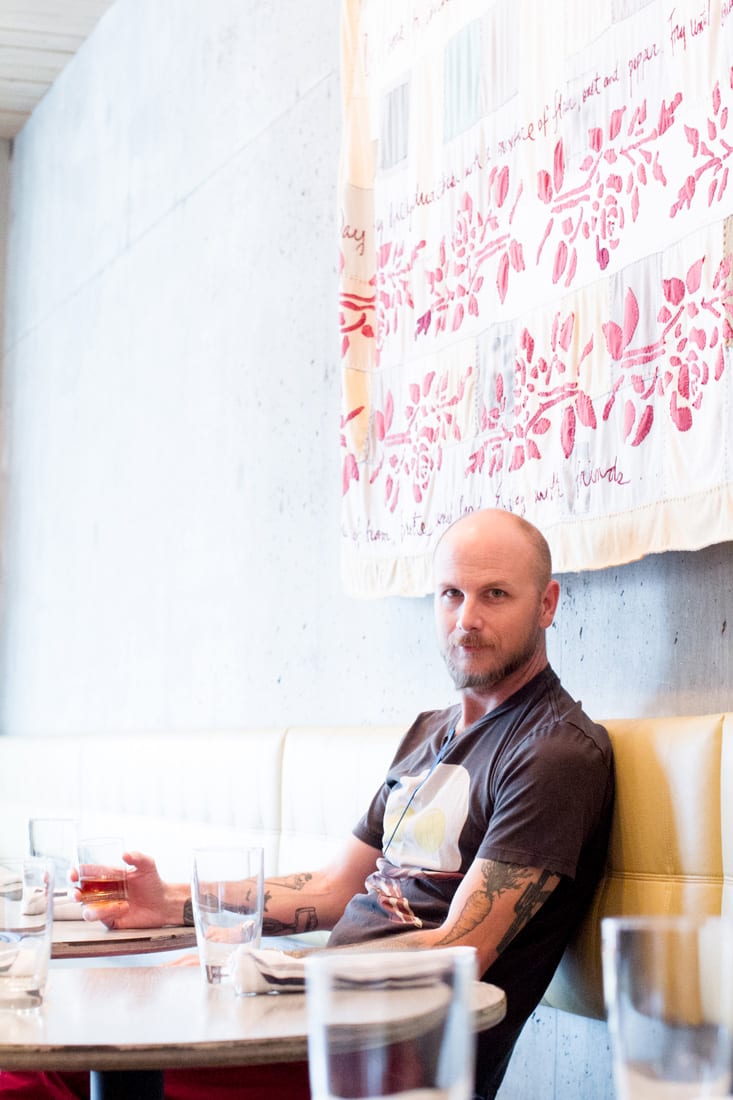 Atlanta native Matt Marcus purchased Watershed on Peachtree in April, shocking Atlantans with the suddenness in the change of ownership of such a landmark eatery. Formerly the executive chef of Portofino and BlueTop, Marcus has also taken over the reins in the kitchen, where he embraces a creative plating style with whimsical touches. We caught up with him to find out what’s in store for Watershed diners.

How does it feel to take over such a legendary Atlanta restaurant?

The way we did it, it wasn’t a takeover. It wasn’t brash, it wasn’t bullish. It was very symbiotic. The philosophies of the restaurant were already very much in line with mine, and it was really just continuing the growth of a great Atlanta establishment.

How receptive have people been so far?

Really receptive. I think it was a shock in the beginning, just because of the confidentiality of the sale and transition. But we kept the old menu for that first weekend, and allowed some of the regulars to come say goodbye to [former chef Zeb Stevenson], and for Zeb to say goodbye to some of the regulars. We tried to be as thoughtful with the transition as possible.

How would you define your cooking style?

It’s very heavily Southern-influenced, but it’s not specifically Atlanta influenced. I’ve spent so much time in the Southeast, I’ve picked up a lot of techniques from the delta of Mississippi, down to New Orleans, up to the Appalachians of Tennessee.

Has your role at Watershed allowed you to be more creative than in previous roles?

My level of creativity hasn’t changed, but I’m able to execute things that normally in the past people would be like, “No, let’s not do that. It sounds like a lot of work.”

What are some dishes or ingredients we can expect to see in the fall?

Expect to see persimmons, lots of stone fruit and apples. One of the things we’re trying to do is be hyperlocal, so we’re kind of letting the farmers dictate our menu. We’re just waiting to see what their runoff is, and that’s basically what we’re focusing dishes on.

What does a perfect day of eating in Atlanta look like to you?

I would lunch at Lee’s Bakery on Buford Highway, have early cocktails at Seven Lamps, then finish the night at Ticonderoga Club.

What’s your favorite thing to cook at home?

I have a 15-month-old, so a few months ago we were all into purees, and I think that’s my favorite thing to cook now. I thought I knew the joy of feeding people, but I didn’t really until I had a little person of my own.