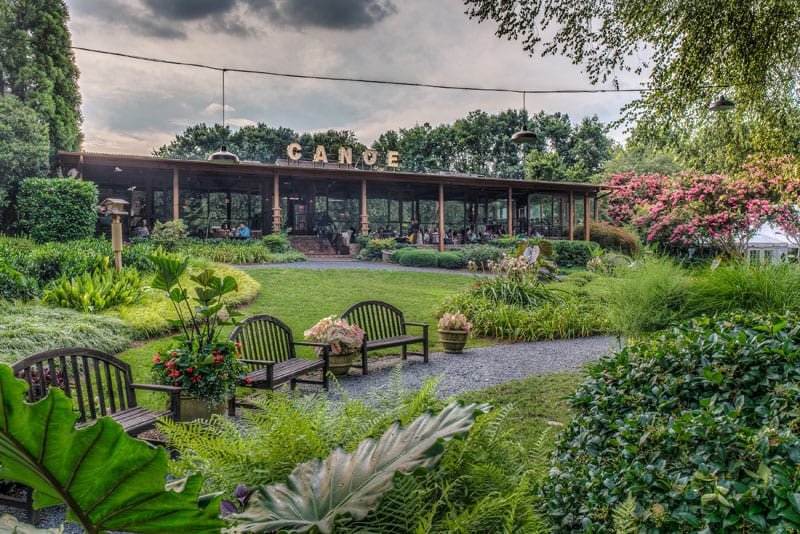 Canoe Restaurant recently marked a major milestone—20 years on the Atlanta dining scene. Since opening in 1995, the restaurant has served up some iconic dishes, prepared by just three executive chefs. But it’s also overcome its share of adversity. (Remember the epic flood of 2009?) Today, Canoe remains one of the most celebrated restaurants in the city. Here are the reasons why we love this legendary landmark. 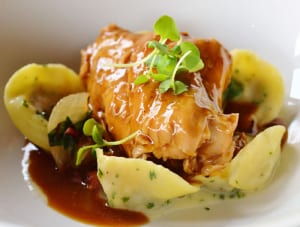 This native Atlantan joined Canoe in 2006 as wine director, and the restaurant has won Wine Spectator’s Best of Award of Excellence every year since 2009. Bradford holds both the Advanced Certification with the Court of Master Sommeliers and a diploma with The Wine and Spirits Education Trust.

TIP: If you love the wine you have with your meal at Canoe, just head next door to Cellar Door and take a bottle home. The fine wine store opened in 2013, and it’s stocked with more than 750 selections.

In 1995, CIA grad Gary Mennie had already worked for French Master Chef Jean-Francois Meteigner at Mobil Five Star L’Orangerie in L.A., Wolfgang Puck at Spago in Hollywood and Guenter Seeger at The Dining Room at The Ritz-Carlton, Buckhead when Canoe developers hand picked him to lead the culinary team. Canoe was an instant success, earning a Mobil Four Star rating, making Mennie one of the youngest chefs in the U.S. to receive this award.

After working as Canoe’s chef de cuisine for 8 years, Carvel Grant Gould took the reins as executive chef in 2005. She spent much of her time prior to Canoe training with Gerry Klaskala, who at the time was executive chef at Buckhead Diner. During her tenure at Canoe, she even spent time in Dutch Harbor, Alaska, fishing the unforgiving Bering Sea with the big guns on TV’s hit show “Deadliest Catch.”

After Hurricane Katrina in 2005, current Canoe chef Matthew Basford left New Orleans, where he’d been since 2002 working for Dominique’s at Maison Dupuy Hotel in the French Quarter. He came to Canoe and worked his way up from line cook to sous chef to executive sous chef, and finally, chef de cuisine. Then, when Carvel Grant Gould left in 2013, Basford became executive chef, where he continues to uphold Canoe’s commitment to fresh, seasonal foods.

DESSERTS TO DIE FOR

With a menu that includes everything from fresh-baked sticky buns and she-crab soup to brioche French toast and smoked salmon eggs Benedict, it’s no wonder brunch here is one of the best, hands down.

CANOE’S SONGS OF THE SOUTH

Live music + bucolic riverside setting + local beer and signature cocktails at the River Bar. What else do you need? This series is a favorite and returns next spring.

Whatever your party, the restaurant pretty much has you covered— from large outdoor events in the River Garden to smaller intimate gatherings on the Patio. Canoe is by far one of the city’s hidden gems when it comes to handling private parties.

FROM FARMERS TO SENIORS