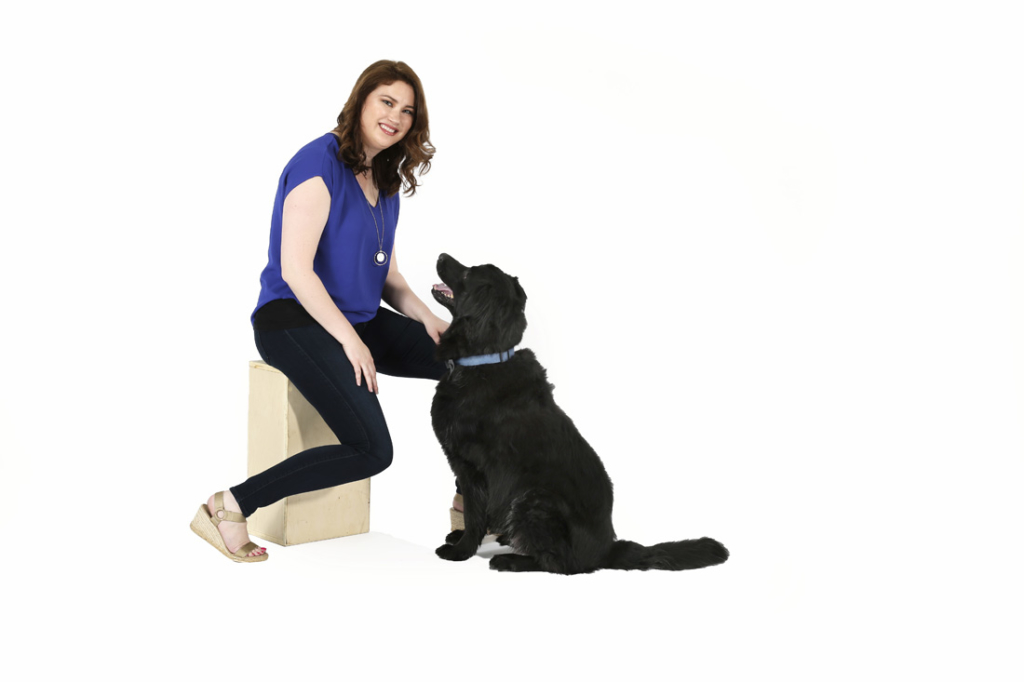 This is the story of how a dog raised a veterinarian. Dr. Jennifer Wilson adopted a black lab/border collie mix the week before she started vet school at Michigan State University in 2006.

“My boyfriend at the time/ now husband really wanted a puppy. I was more hesitant because I knew all the work that would entail, but he insisted. We found the puppy at a rescue organization in rural Michigan.” This turned out to be the best argument Wilson ever lost.

She thought she was getting a puppy, but the pooch they named Figo has turned out to be so much more. He’s the dog that raised Jennifer Wilson into a veterinarian.

“He was definitely a guinea pig during vet school,” she remembers.

She was always poking and prodding, listening to his lungs and doing ultrasounds on his puppy belly.

The last place she wanted to practice on him was in the emergency room, yet the need to do just that came not long after her move to Atlanta in 2012.

“One day before I had to go to work, I saw Figo sniffing at something in our backyard,” she remembers. “In a flash, I saw him jump back as a copperhead snake lunged at his face!”

Figo took off into the house.

Wilson found him hiding in the laundry room of their house, a place Figo considers his safe place during thunderstorms and fireworks. “He was drooling and obviously in pain. I scooped him up and rushed him to the hospital,” she recalls. “He was bleeding from the two puncture marks the snake’s fangs left behind. I went into overdrive, ordering blood work and anti-venom medicine.”

Only then could dog mama turn on. “Thank goodness it was a slow night at the clinic,” she says. “I was able to be by his side and soothe him all night long.”

That one scary incident gave Wilson more empathy for her human clients when they see their pets in pain.

At 10 ½, Figo is now teaching Wilson lessons on having a senior dog. And he’s always happy to help out with her work at VCA Buckhead.

“Just last week he was my model as I gave a seminar on brushing your dog’s teeth.”