For the fourth year in a row, CURE Childhood Cancer’s Believe Ball hosted some 600 guests at the St. Regis hotel in Buckhead. 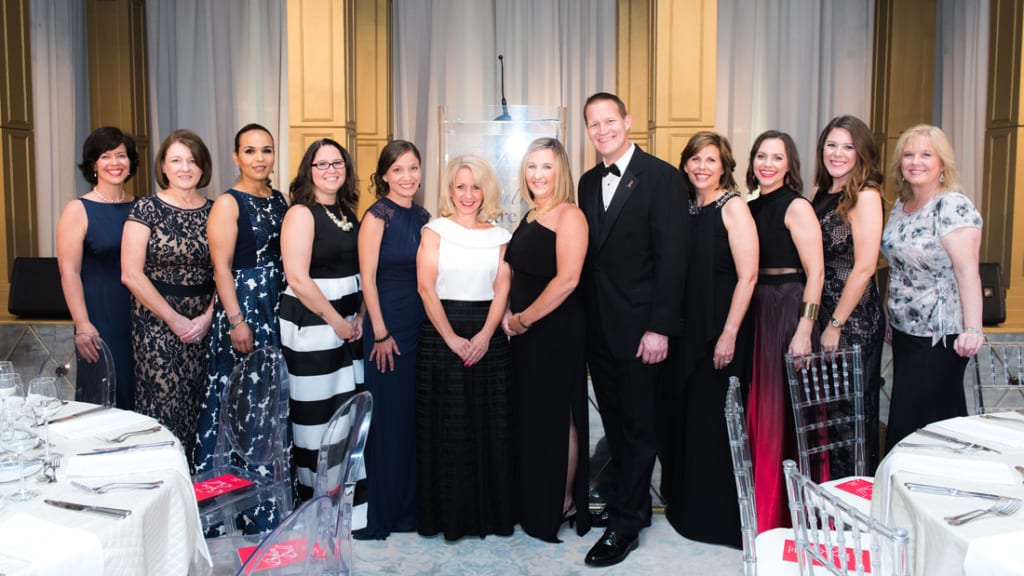 Those attending the black tie affair were treated to a three-course meal catered by the hotel, along with wine donated by Treasury Wine Estates. Christine and Tom Glavine co-hosted the night, held in honor of CURE’s founder, Dr. Abdel Ragab. The evening consisted of a cocktail reception, silent and live auctions, and late-night dancing, as well as a surprise video from some of Ragab’s former patients. Special guests former U.S. Congressman Richard Gephardt, his wife, Jane, and their son, Matt, made an appearance. When Matt was 2 years old, Ragab treated Matt’s cancer with an experimental combination of high-dosage radiation and chemotherapy drugs that was extremely risky due to his age. Now 47, Matt attended the event with his wife and two sons, and presented Ragab with an honorary award. Ragab described the evening as “a highlight of my life.” The event raised nearly $1.1 million towards CURE’s mission to conquer childhood cancer and support patients and their families. – Dannygail Dean