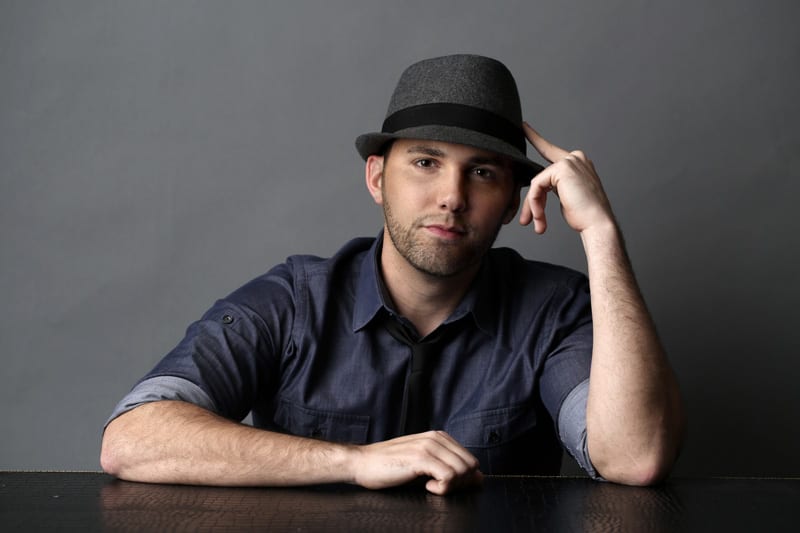 “IT WILL BE GREAT TO TELL MY GRANDKIDS THAT I SANG FOR SUCH A HISTORIC FIRST LADY OF THE UNITED STATES.”

“I’ve never been so nervous in my life,” he admits with a laugh when asked about what he describes as his career highlight. “It will be great to tell my grandkids that I sang for such a historic First Lady of the United States.”

Cauley grew up singing along to Boyz II Men in his bedroom and listening to classic soul records. His dad was a big fan of James Brown, while his mom was always playing Stevie Wonder and Earth, Wind & Fire records. Although he’s passionate about his latest Michael Jackson influenced EP, “My Turn,” Cauley confesses to being an even bigger fan of sports than music.

“When I’m not on the road,” he says, “you can usually find me at TopGolf in Alpharetta, a fantastic place to play, eat and watch a game. I also love cheering the Hawks on at Philips Arena, getting my tomahawk chop on at Turner Field and singing at Buckhead Church on Sundays. While commuting, I’m always listening to 680 The Fan. Fun fact: I wrote and sang the theme song for the Chuck & Chernoff show!”

Cauley, whose wife, Sandra, was Mrs. Georgia 2013, is equally passionate about using his talent to give back to charitable causes, particularly CURE Childhood Cancer.

“I absolutely love CURE! I’ve had the opportunity, alongside my beautiful wife, to perform at their annual Believe Ball, their biggest cancer research event of the year. Childhood cancer is the No. 1 disease killer of American children, and only 3 percent of federal funding for cancer research is focused on childhood cancers. This year’s Believe Ball will be held May 16 at the St. Regis in Buckhead, and you’d better believe I’ll be there supporting!”